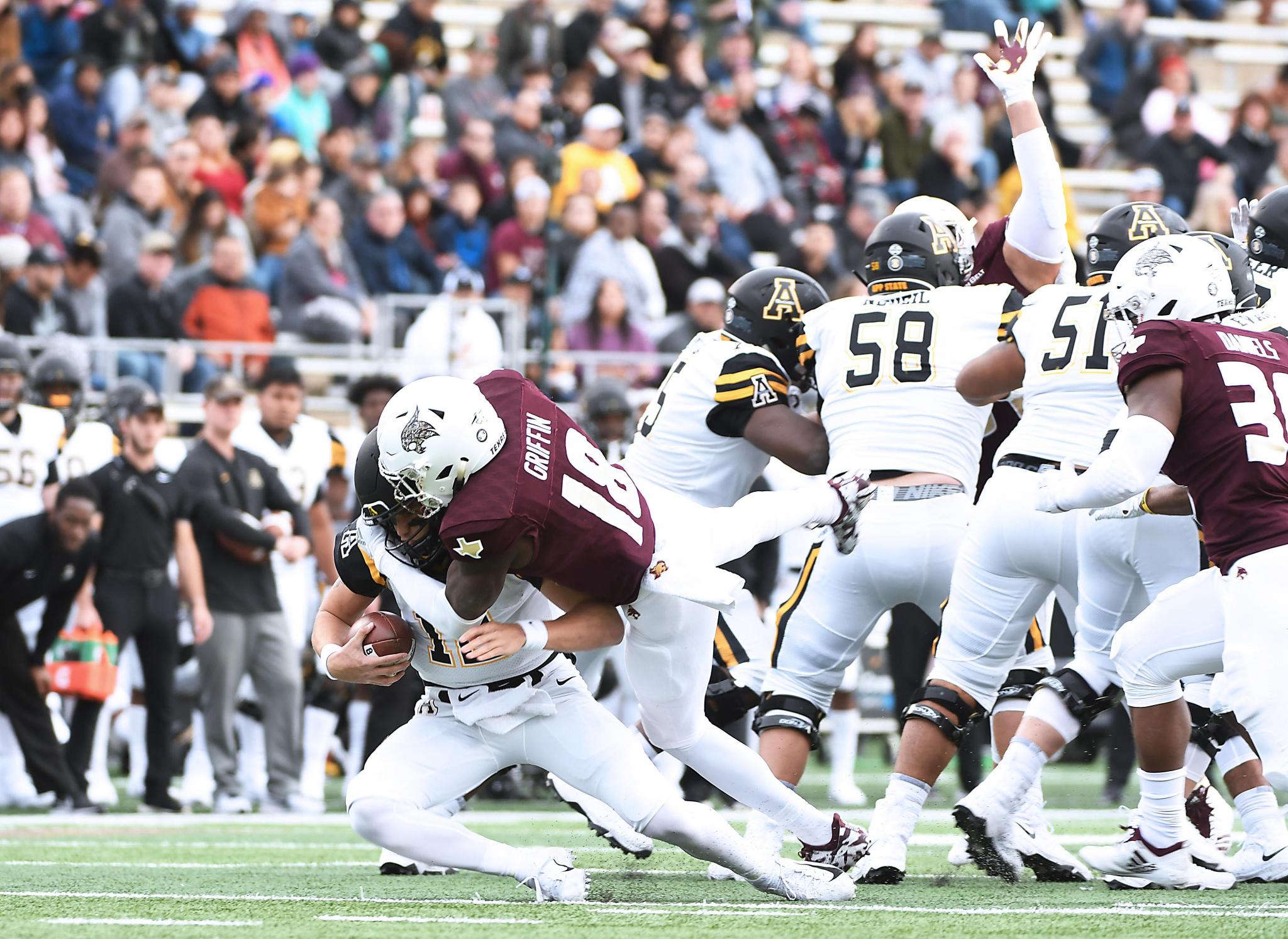 Texas State’s defense did all it could to propel the Bobcats to victory.

But the Bobcats committed six turnovers, including five interceptions from freshman quarterback Tyler Vitt. Despite a late fourth-quarter touchdown, Texas State fell to Troy, 12-7, on Saturday inside Veterans Memorial Stadium in Troy, Ala.

The Trojans (9-2, 7-0 Sun Belt) got on the board first with a 36-yard field goal by sophomore kicker/punter Tyler Sumpter.

Texas State (3-8, 1-6 Sun Belt) looked poised to respond as it drove down to the Troy 9-yard line. But Trojan senior safety Cedarius Rookard intercepted a pass by Vitt at the goalline and returned it to the Troy 16. But the Trojans couldn’t take advantage of the turnover.

Vitt threw his second interception on the ensuing Bobcat drive. But again, Troy couldn’t score off the pick.

The Trojans intercepted two more Vitt passes in the first half. Sumpter converted two field goals to end the first half to give Troy a 9-0 advantage.

Texas State began the third quarter with a punt and a fumble by sophomore running back Caleb Twyford. The Bobcat defense, however, prevented Troy from adding to its lead.

Midway through the third quarter, Vitt threw his fifth interception of the day. Troy went on a 14-play, 51-yard drive following Vitt’s pick. But Texas State kept the Trojans out of the endzone. Sumpter nailed his fourth field-goal attempt of the day to give Troy a 12-0 lead.

The Bobcat offense found life on the following drive. Texas State drove the ball 65 yards on seven plays. Junior running back Anthony D. Taylor scored the game’s first touchdown on a 3-yard scoring scamper to cut Troy’s lead down to 12-7.

Texas State’s defense forced a Trojan punt to give the Bobcats another opportunity to cut into the Troy advantage or take their first lead of the game.

Texas State’s offense couldn’t get going and was forced to punt with under three minutes left in the game.

Troy did enough to run out the clock and hand the Bobcats a 12-7 loss.

Texas State outgained Troy, 284-220. The Trojans only scored six points off of the Bobcats’ six turnovers.

The Bobcats end the season against Arkansas State on Nov. 24 inside Bobcat Stadium at 3 p.m.