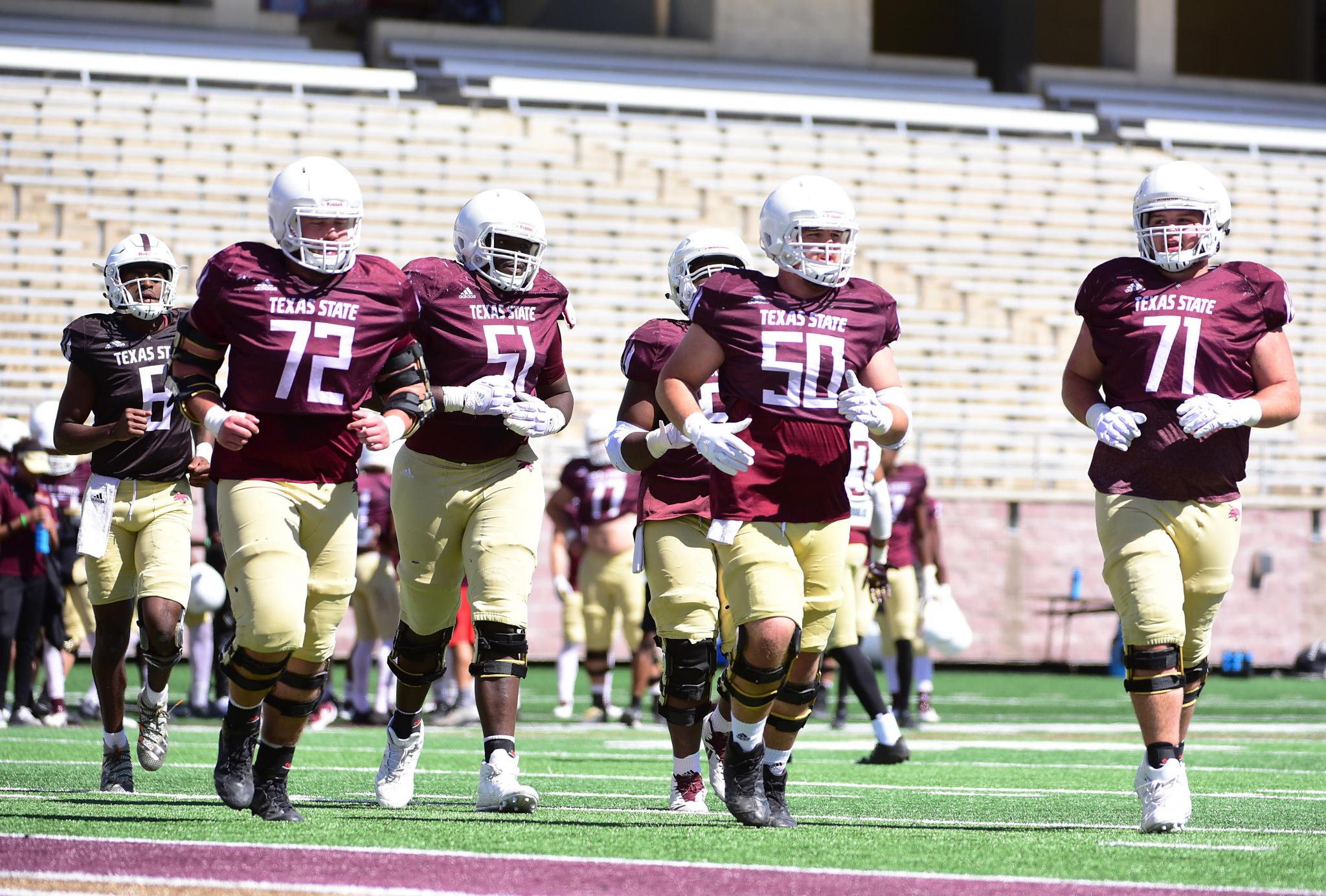 Texas State head coach Everett Withers said it all starts up front with the offensive line.

Offensive line hasn’t been the Bobcats’ strongest unit during Withers’ first two seasons in San Marcos. But the third-year head coach believes he’s got the pieces coming together to take a step forward.

Withers is excited about the experience and depth Texas State has on its offensive line.

“Aaron (Brewer) is a three-year starter for us,” Withers said at Sun Belt Media Day. “He came in that very first class that we signed at Texas State. He’s a preseason all-conference player, selection by the league … We also return Jacob Rowland, who started for us a lot at tackle last year, and also Reece Jordan, who started for us at center. We’ve got a number of guys in the mix to really fill some other spots.”

Brewer will be a key member for the Bobcats. The Dallas native started all 12 games for the Bobcats in 2017 - five at center, five at right guard and two at left tackle. He led Texas State with 68 knockdowns last season.

“Aaron (Brewer) is very special to our entire football team not just our offensive unit,” Withers said. “He played guard, center and tackle for us in three years. His knowledge and experience in that offensive line is probably important as any position on our football team. In a perfect world we’d like to play Aaron at center and we’re closer to doing that. But some things have to happen this summer for us in training camp for us to say we can do that. If we can get (Brewer) playing center for us then we’re a much better line.”

Brewer said he isn’t sure if he’ll get to stay at one spot on the line this season. He said the plan is to play the best five at a time. More importantly, he believes the offensive line is closer together than it’s ever been.