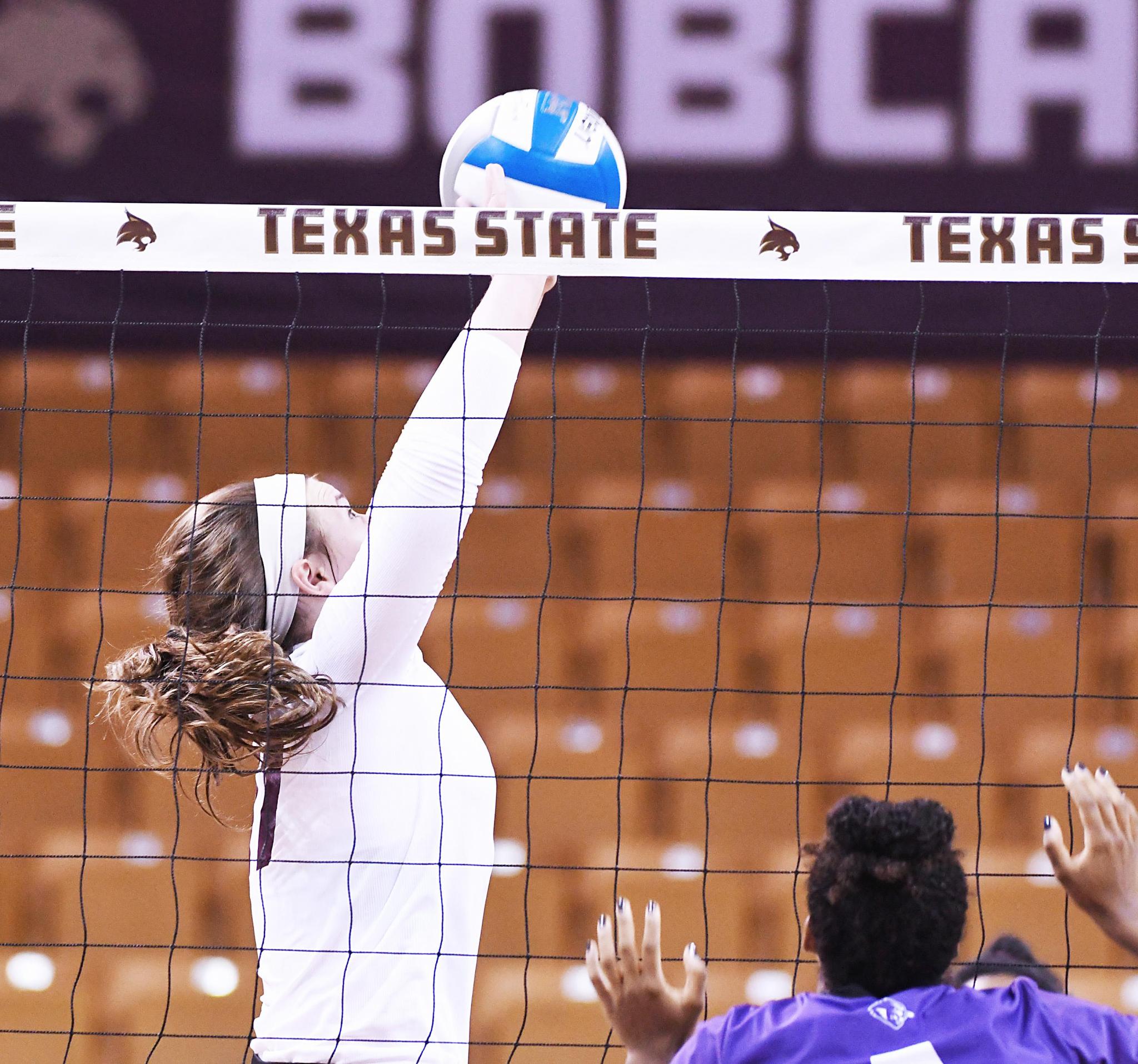 Emily DeWalt believes nothing is given.

The freshman setter, who arrived at Texas State as the No. 44-rated recruit in the country according to PrepVolleyball.com’s Senior Ace List, knew she had competition for the starting spot.

“I wanted to come in and earn my spot,” DeWalt said. “I think nothing is given here. I came in here I knew Cheyenne (Huskey) was here, Brooke (Johnson) is here, (Erin) Hoppe graduated  but that didn’t mean anything for me, I had to come in here and I had to work and I was excited to show them what I had and earn my spot.”

DeWalt emerged as the Bobcats starting setter and since then she’s been on a role. She’s been named the Sun Belt Freshman of the Week and Setter of the Week three times this season

“My teammates help me out so much," DeWalt said. "All the (awards) I get, it all goes to them. There’s no way I could do my job without the people who pass the ball to me.”

DeWalt, 18, has been playing volleyball since she was six. She remembers her mom Lori telling her she wouldn’t like the sport.

“My mom told me that I was going to hate it,” DeWalt said. “She was like, ‘You’re not going to like it. It’s going to hurt your arms.’ And I was like, ‘I don’t care, I want to play,’ and I fell in love with it. It’s just been volleyball from then on.”

With her club team, the San Antonio Magic, she helped lead the club to the USA Division Championship in 2014 and 2015, and was named MVP in 2015. She was also placed onto the all-tournament team at the 2017 Junior Olympics in the Open division, where the team finished fifth.

DeWalt was being recruited by SMU, Tulane and Syracuse among others. But she said Texas State immediately felt like home.

“I love this campus here so much,” said DeWalt, who’s studying exercise and sport science. “The coaches are amazing. When I stepped on campus the first time, (head coach Karen) Chisum came up and gave me a huge hug and it felt like home.”

Only 16 games into her career at Texas State, DeWalt leads the Sun Belt in double-doubles with nine and is ranked fourth in assists at 10.16 per game .

“She’s the quarterback of the team,” Huskey said. “She knows her role. She’s been playing it for a long time. So, coming in, I feel like she wanted that spot. She was striving to get that spot and she’s earned it. She’s definitely earned it. And being around her, she’s definitely got the drive and the work ethic to get as much as possible — success, goals anything — If she sets her mind to it and she doing a great job of leading the team in our awards. She’s doing great.”

“She knows the game,” Chisum said. “I mean, her decisions, I would say 95 percent of time would be the same person I set. You know, she’s very, very cognisant of what’s going on on the other side of the net and the defense. And the more you get to know her, you know I say she’s intense but the more you get to know her, she’s a typical 18-year-old kid. She really is. She grins and giggles at the goofy stuff I say. She’s relaxing more. We’re blessed.”

DeWalt knew nothing would be given when she first arrived at Texas State. But now she wants people to know that being a freshman doesn’t affect her ability on the court.

“It doesn’t matter what age you are on the court,” DeWalt said. “A freshman can lead the same way a senior can. (I would tell people) to not come in afraid.”