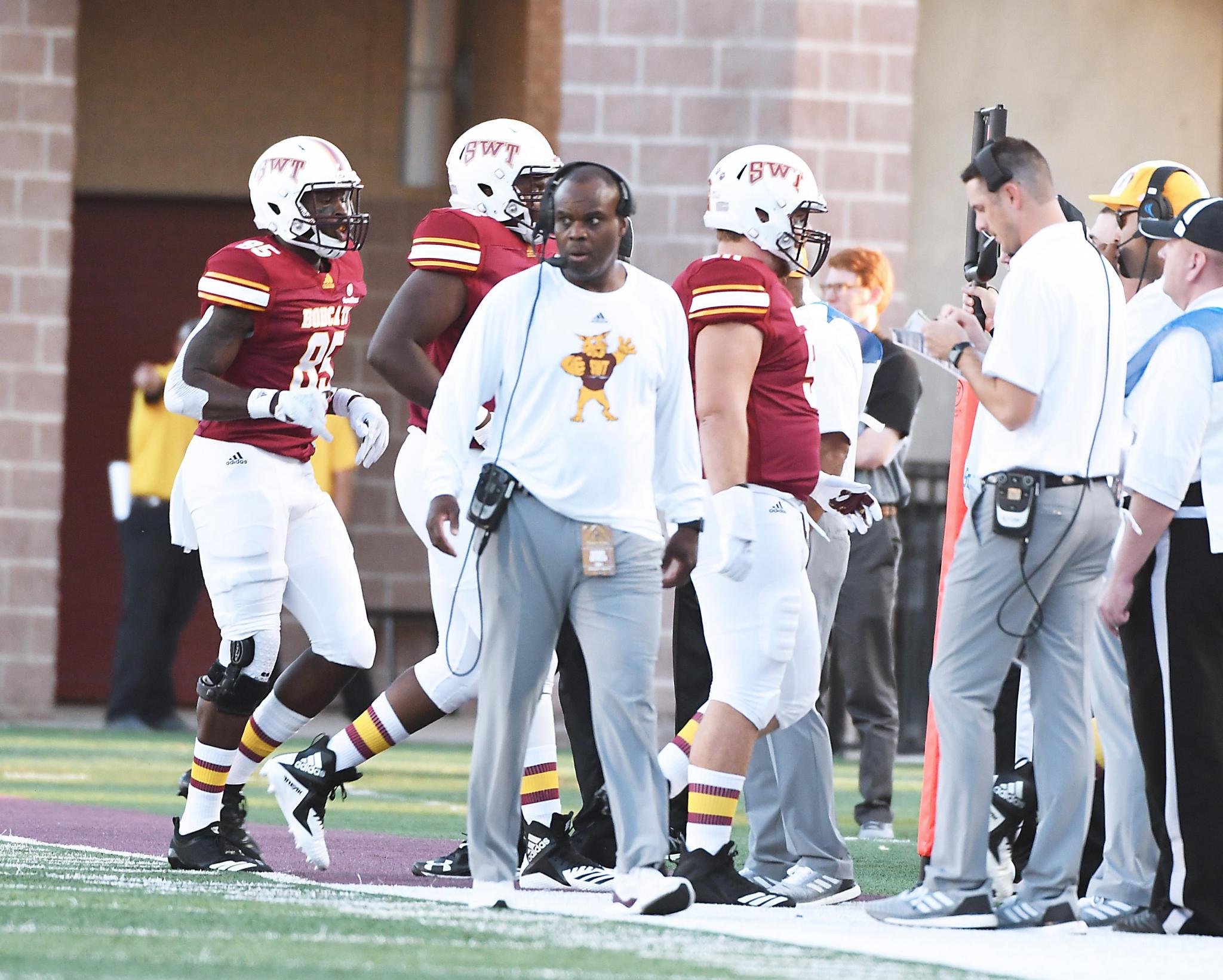 Everett Withers out as head coach at Texas State

“I met with Coach Withers this morning to inform him of the University’s decision,” Texas State athletic director Larry Teis said in a statement. “We are thankful for his contributions to our program. His teams performed well academically and were heavily involved in the San Marcos community. But, we didn’t have the same type of success on the field. We were close several times this season, but we just didn’t win the games.”

Added University president Denise Trauth: “We appreciate his three years of service to Texas State. We did the right thing academically and off the field, but the Sun Belt Conference is a tough league.”

FootballScoop broke the news of Withers’ dismissal . The Daily Record confirmed the report through a source with knowledge of the situation.

The Bobcats hired Withers on Jan. 6, 2016. He was hired from James Madison, where he went 18-7 in two season as the head coach.

Texas State head coach Everett Withers has been fired, a source has confirmed to the Daily Record.

The announcement of Withers firing was first reported by Football Scoop.

Texas State (3-8, 1-6 Sun Belt) is coming off a 12-7 loss to Troy. Withers is not expected to coach Texas State’s final game of the 2018 season on Saturday against Arkansas State.

Withers held a 7-28 overall record and a 2-21 Sun Belt record during his tenure in San Marcos.

Withers was originally hired from James Madison, where he went 18-7 in two season as the head coach.

It has not been announced who will serve as interim head coach for Saturday’s game against the Red Wolves.

This story will be updated as details emerge.