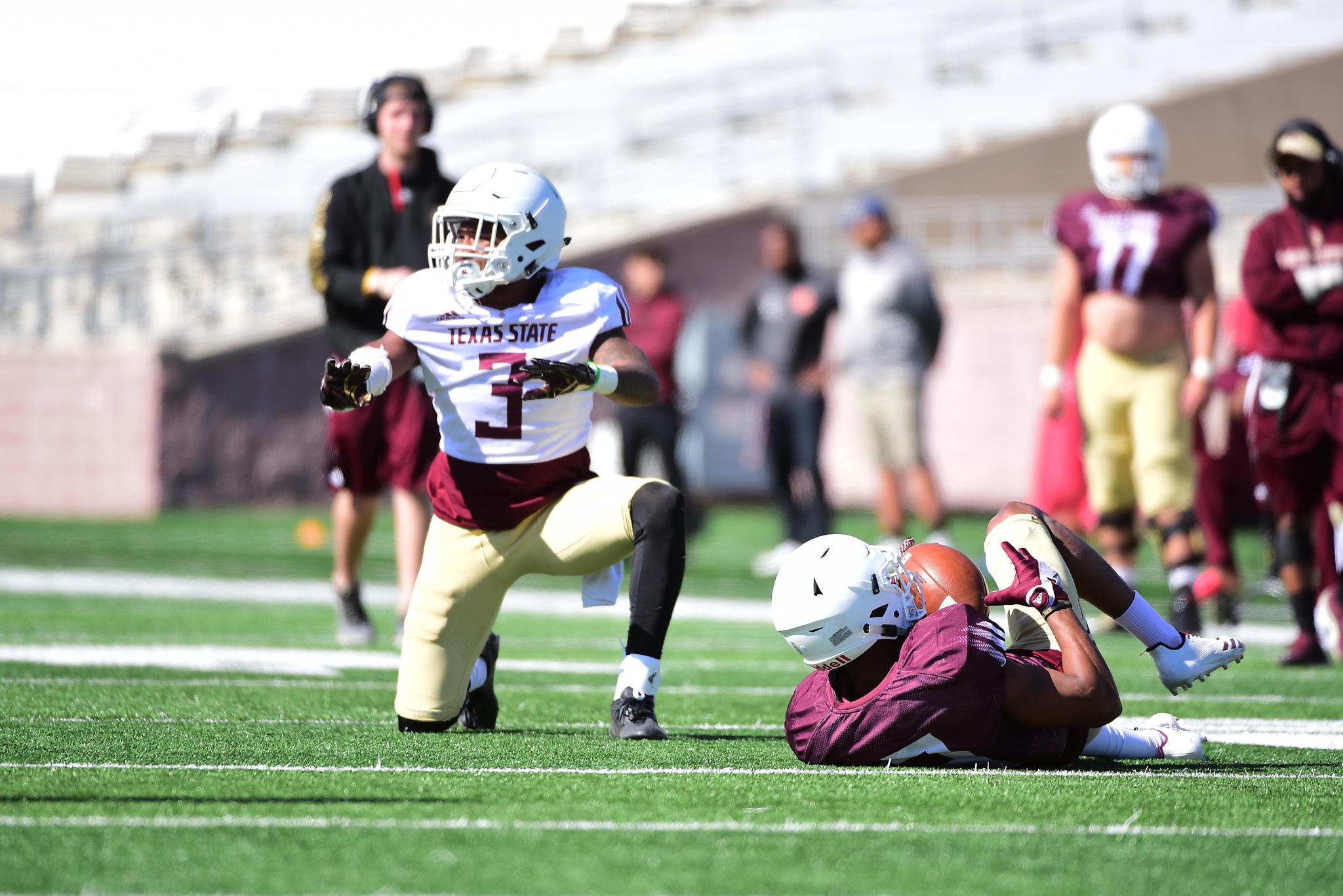 Growing secondary looks to take step forward for Bobcats in 2018

Editor’s Note: Texas State beat writer Nick Castillo will be previewing each position as the Bobcats gear up for the start of training camp on Friday, Aug. 3.

The Bobcats have the pieces in place to be successful in 2018. Now Texas State wants to put the secondary in a better position to make plays.

“A lot of things that I look at in that unit is how can we give them the opportunity to make more plays,” Withers said at Sun Belt Media Day on July 23. “We were a little bit of a zone-vision-break coverage team in the past. Now we’re going to be man-matched team in the secondary. We’ve got talent in that secondary. Guys like Josh Newman, Preston Dimmery, they need to play for us and get opportunities to make more plays on the ball when the ball is thrown. But the way you help the secondary is be really good up front, stop the run and rush the passer. Every secondary that I’ve been around that has been really good, it’s been because we’ve been able to stop the run and rush the passer up front. So, if we can do those things up front by being a little bit more aggressive then it gives our secondary a chance to make a few more plays.”

Texas State has safeties AJ Krawczyk and Jashon Waddy, who moved from cornerback to safety. Additionally, the Bobcats have Dimery and Newman at safety.

Krawczyk was the leading tackler in the secondary in 2017 with 74. He also had one pass breakup, one quarterback hurry and one fumble recovery. Waddy tallied 55 tackles while at cornerback. Dimery and Newman both had six tackles last season.

At cornerback, Texas State expects sophomore Kordell Rodgers to play one corner spot. At corner and defensive back, the Bobcats have upperclassmen Anthony J. Taylor, Greg Peace II and Dennis Johnson Jr. They also have redshirt freshmen Kieston Roach and Kishawn Kelley, who was previously a quarterback.

Texas State has talent in the secondary. Now the Bobcats need the unit to take a step forward in 2018.

At punter, Texas State is confident in freshman Clayton Stewart.

“(Sherman will) be in a battle to keep his kicking job because we signed a kicker (Kessler) this year that’s very talented,” Withers said. “And then, our punting job, we feel really good. We lose a punter from last year but we signed another young man that we feel very, very good about being the punter this year.”