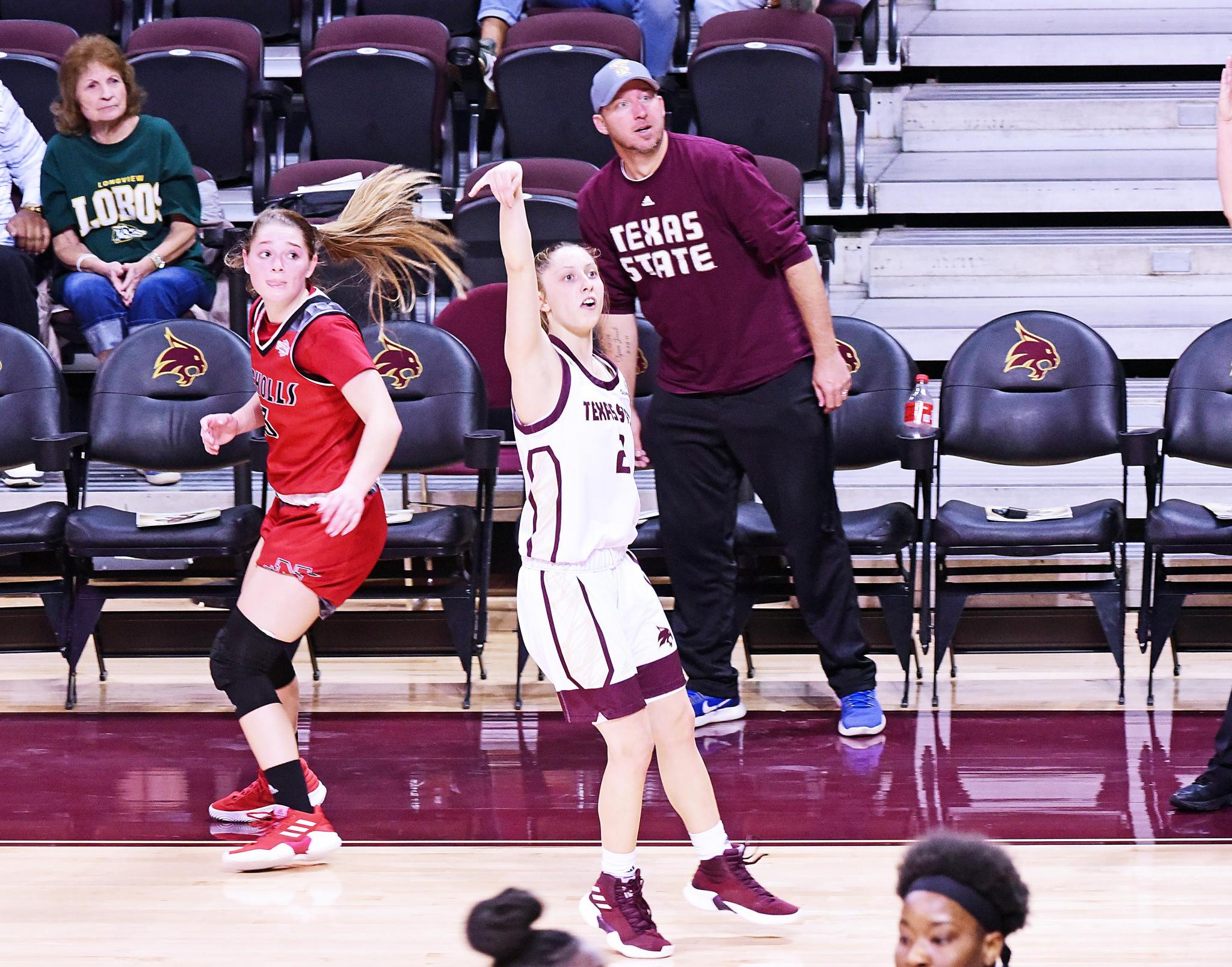 Toshua Leavitt always knew she wanted her shooting to stand out but she never knew she would break records.

But with her second 3-pointer of the night against St. Thomas on Tuesday, the senior guard broke the Sun Belt record for most 3-pointers made in a career.

Leavitt converted seven shots beyond the arc during Texas State’s 92-39 win over St. Thomas on Tuesday inside Strahan Arena.

Brooke Holle said Tuesday’s game was a good bounce back from their 66-55 loss to Oklahoma State on Friday.

“They were able to truly be able to catch the ball in the low block and make some plays, which was exciting to see,” head coach Zenarae Antoine said.

All 12 of Texas State players received playing time in the win over the Celts. Antoine said she was glad to give all of her players time on the court.

“I’m excited about that because we’ve lacked some depth at times,” Antoine said. “I think that’s important too for our confidence because as teams continue to scout us I think it’s important that that bench depth continues to grow as well … It’s not always easy to get game minutes and this was type of game where my expectation was that everyone would have an opportunity to get some game minutes.”

The Bobcats have a long break in between games. Texas State doesn’t play its next contest until Dec. 17 against Missouri. Despite the break, the Bobcats know they have work to put in before facing the Tigers.

“This is a perfect time to look at the past games and see the areas that we struggle in and to get better in those areas before the next game,” Brooke Holle said.

After Leavitt’s record-breaking game, Antoine said she’s glad Leavitt has time to add to her record. But Leavitt doesn’t want to see her record broken any time soon.

“I hope that no one can touch any of the records,” Leavitt said. “I will be mad if they do.”