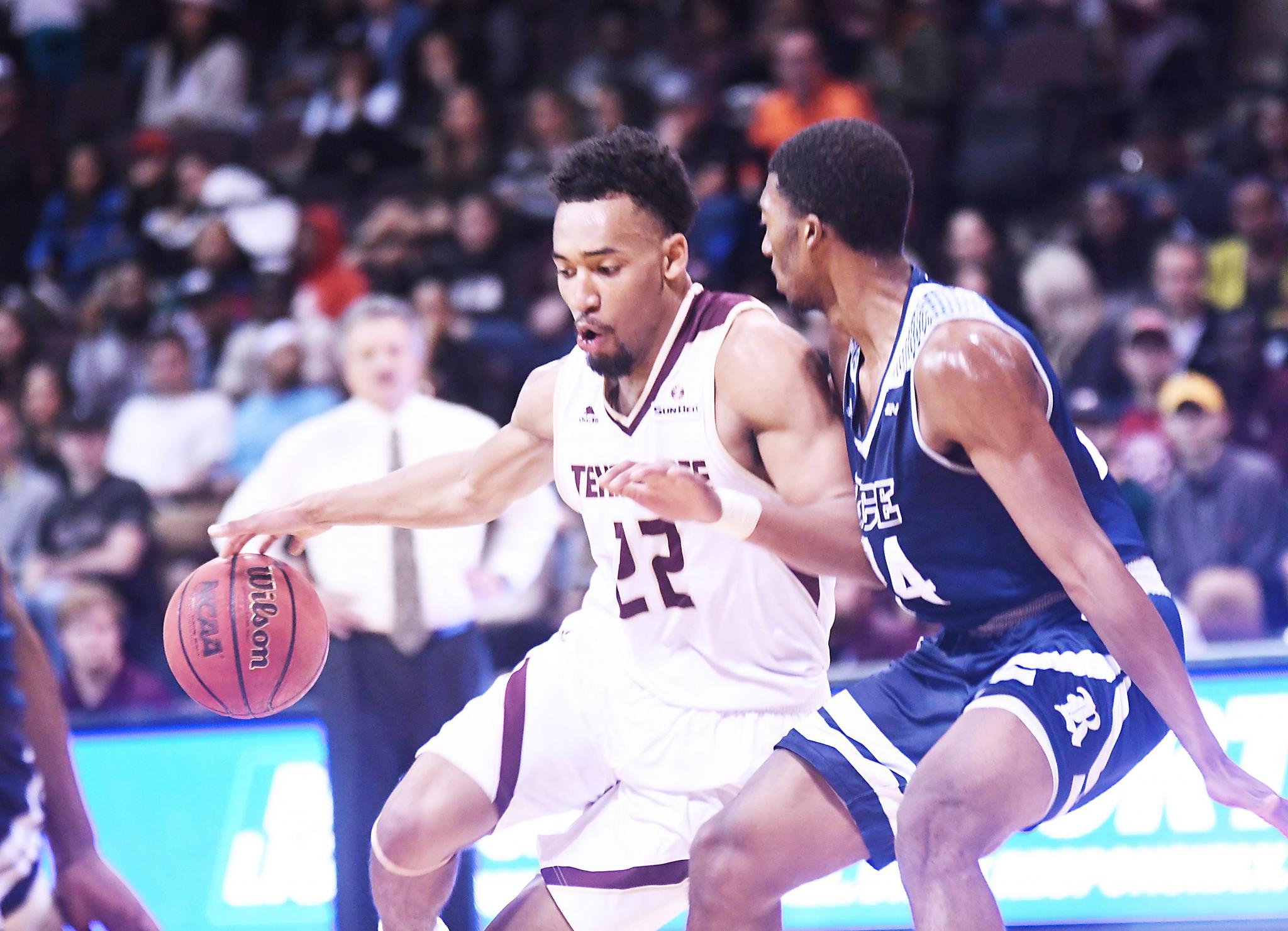 “That’s crazy, we shot 50 percent from the field, but we didn’t, I don’t feel like we executed as well as we could’ve,” Pearson said. “We made some shots, shooting 48 percent but we’ve got to execute better. We know  what we need to do better. When we’re playing as best as we can, we’re going to roll.”

Texas State got off to a strong start during Wednesday’s game against Rice in front of 1,897 fans at Strahan Arena.

The Bobcats jumped out to 6-0 lead early in the first half. The Owls evened the contest at 9-9 but that would be the final time they tied the score.

The Bobcats held a healthy lead throughout the first half and had a 36-26 advantage at halftime.

Texas State maintained a double-digit lead in the second half and secured their sixth win of the season. The Bobcats’ 6-1 start to the year is the best since the 1980-81 campaign.

“I thought it was an overall good performance,” head coach Danny Kaspar said. “We got a little stale there defensively at the end. Actually, got onto a couple of guys for taking bad shot there at the end after the game. We want to try to win this game as much as possible.”

Pearson led the Bobcats with his 25 point performance. He is off to a good start this season. The Beaumont native is averaging 21 points per game, which is up from last season’s 15.2. But Pearson isn’t satisfied and Kaspar recognizes that.

“I would tell you that (Pearson’s) offensive performance was very good,” Kaspar said. “I think he’ll tell you that he could rebound a little bit better and he could probably do a few more things. But if he keeps playing like that, I’ll take it any day. Is there room for improvement? Yes.”

Texas State travels to take on I-35 rival UTSA on Saturday at 3 p.m. inside the Roadrunners’ Convocation Center. Although UTSA won last season’s contest, the Bobcats aren’t dwelling on the past as they prepare for the Roadrunners.

“I’m not really worried about what happened last year,” Pearson said. “I’m worried about this Saturday. So, UTSA, they can celebrate last year’s win. They can bring up last year’s win if they want to. But come Saturday, it’s going to be a 40 minute fight and that’s the only 40 minutes that matter.”