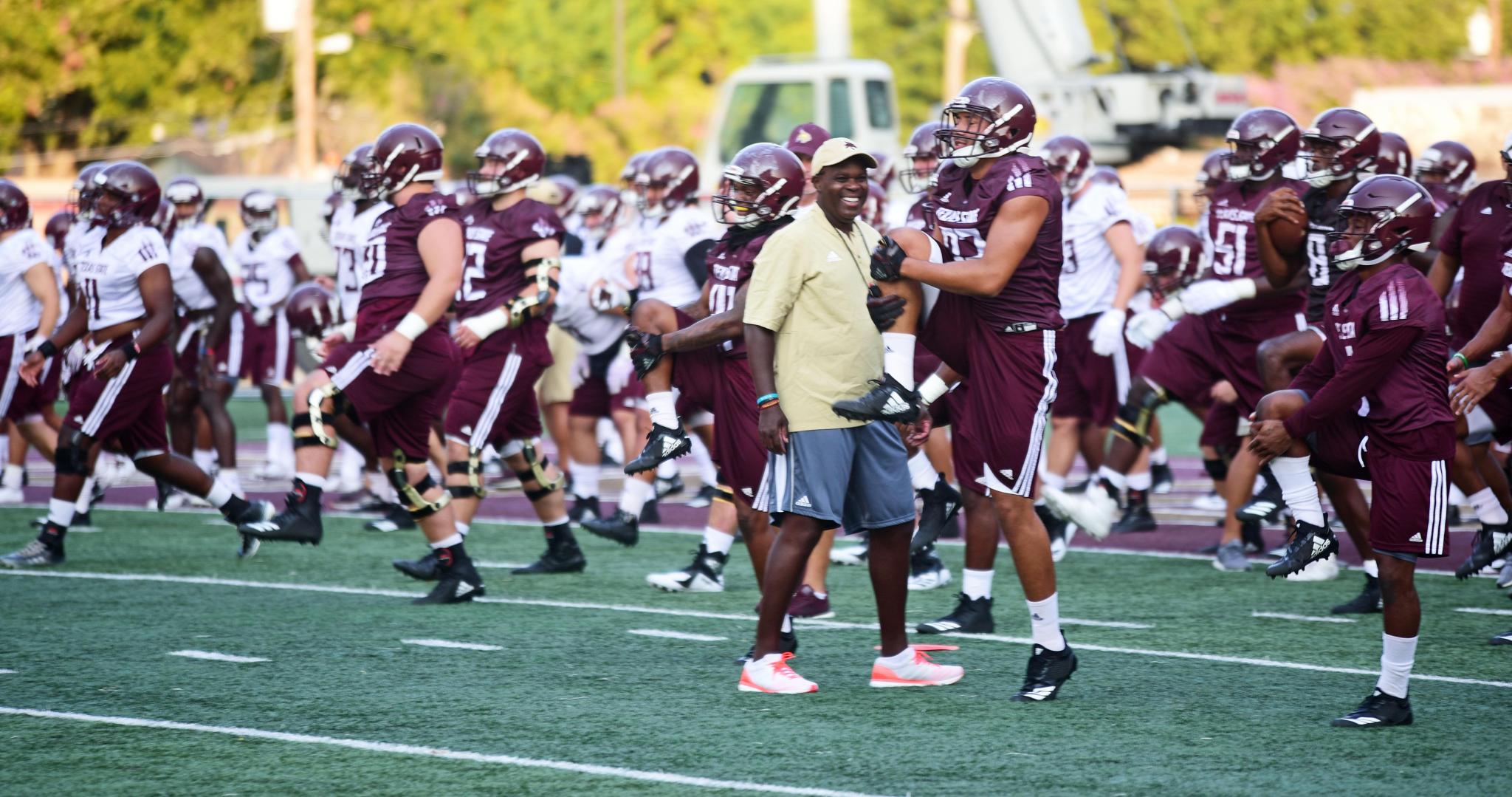 The word ‘Push’ is plastered all over Texas State football’s social media.

It’s the team’s word of the year. The motto's meaning is simple, or rather, what it stands for is simple — Purpose, unity, sacrifice and heart. But it holds a deep meaning for the Bobcats.

Junior nose tackle Dean Taylor feels like the phrase is helping the Bobcats stay focused throughout this year's training camp.

“Push, man, it’s to keep your mind focused on the goals ahead, you know, for what we want out of the team and what we want for ourselves personally and where we see ourselves going,” Taylor said at Texas State’s media day on Sunday. “It’s just to keep everybody focused and aligned on the same mission and the same goals.”

Offensive coordinator Zak Kuhr says he often reflects on the phrase. “I love it because you wake up every morning and you ask yourself those four things,” Kuhr said.

Kuhr says 'Push' has helped the team understand its purpose.

“They understand what their purpose is,” Kuhr said. “The why — Why am I waking up and doing this every morning? Am I doing this for my family? Am I doing it for myself? Am I doing it for my brother? The unity of them being together all day in camp really helps. I know a lot of people hear it, but they don’t really see it —  How much time they truly sacrifice. This is a 6 a.m. to 11 p.m. type of deal, and school hasn’t even started yet. I think the sacrifice that they do and the love they have for each other, they can reflect on that.”

Junior offensive lineman Jacob Rowland says the Bobcats are using the phrase to push themselves to get better.

“PUSH as a team is purpose. Like I said, you’ve have to have a purpose every single day you go out there. When you push yourself to get better that elevates everybody else's play because they see that and they want to be there with you. So, if you push each other every day, it exponentially makes you better.”

Junior running back Anthony D. Taylor said the Bobcats plan to use the phrase throughout the year to fight through the adversity they’ll know they’ll face each game.