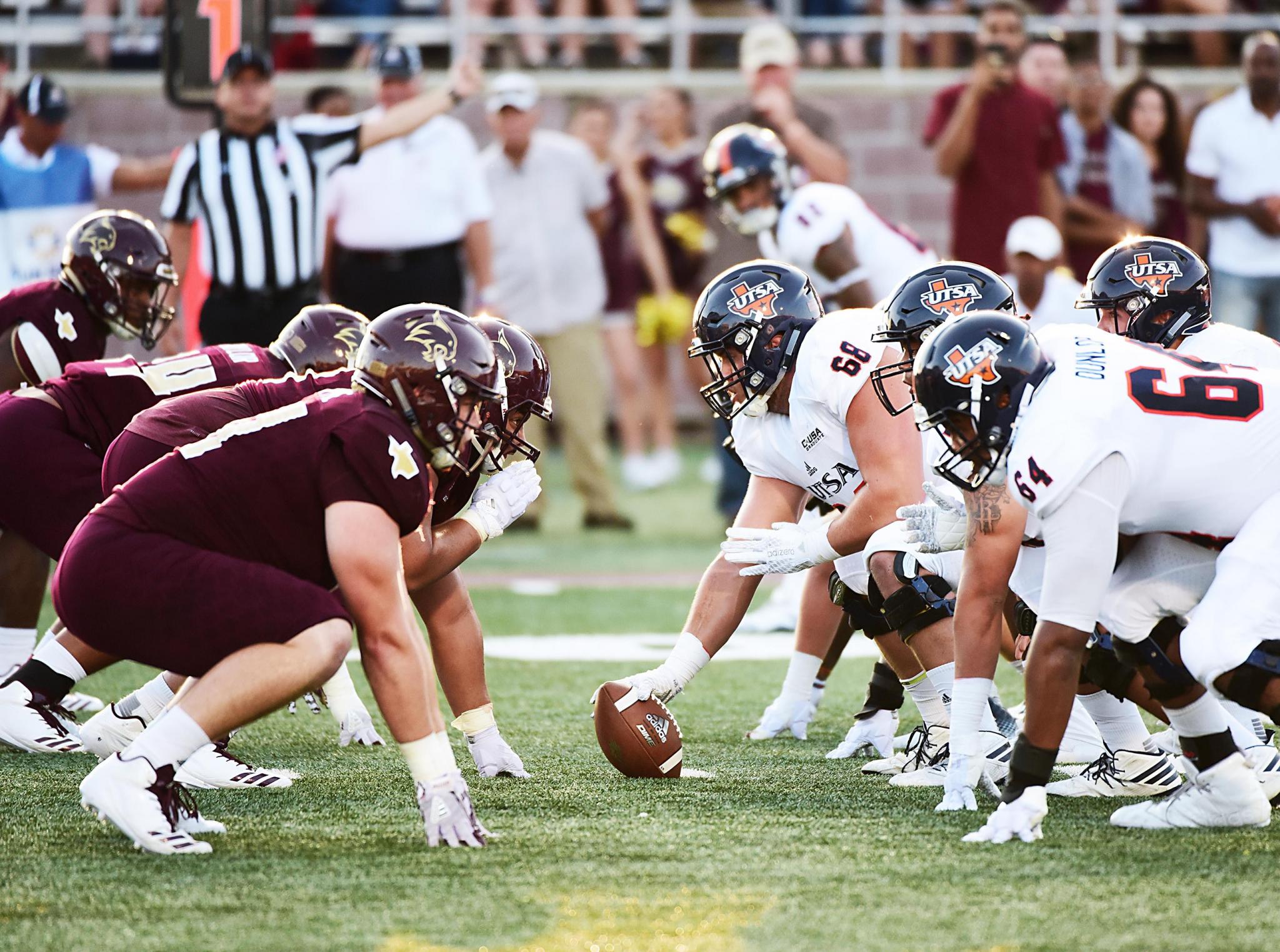 Rekindling the Rivalry: Texas State-UTSA set for I-35 Showdown

How could the junior linebacker forget? The Roadrunners waltzed into Bobcat Stadium and handed the Bobcats a 44-14 loss in only the second meeting between the two teams on the gridiron.

“It’s definitely motivation,” London said. “Last year, defense, or as a whole team, it was embarrassing. It’s hard to call it a rivalry when the game looks like it did last year. It’s up to us to make it a rivalry.”

Last season, Bobcat head coach Everett Withers was hesitant to call the game a rivalry. This year, Withers is willing to call it a budding rivalry.

London paused but eventually agreed that Texas State and UTSA are rivals.

“Yes and no,” London said. “I guess more kind of like the just the universities as a whole. They’re not necessarily (a rival) in football, but the university as a whole, so it kind of spills over.”

London, whose hometown of Converse is only 24 miles away from UTSA, said the game between the Bobcats and Roadrunners has a different kind of intensity to it.

“It being in San Antonio, a lot of people are coming out to the game,” London said. “I’ve got a lot of friends on UTSA’s team, so you know the trash talk has already started. I’m excited for it.”

Texas State enters Saturday’s contest coming off a disappointing 41-31 loss to South Alabama, where it held a two possession lead twice. The Jaguars rattled off 18 unanswered points in the fourth quarter to knock off the Bobcats.

Meanwhile, the Roadrunners come into the I-35 Showdown at 0-3. That winless record, however, comes at the hands of three Power 5 programs. UTSA began the year with a 49-7 loss to Arizona State. The Roadrunners followed that up with losses to Baylor and Kansas State.

Despite the early-season defeats, Withers sees UTSA as a talented team.

“Still trying to figure out who they are at quarterback a little bit. Obviously, a grad transfer (D.J. Gillins) and a junior college quarterback (Cordale Grundy) are trying to figure it out. Talented skill guys on the outside. I really like (Jalen) Rhodes as a running back. It’s going to be a real challenge for us to go down and play them and compete. But we’re excited about going to play them at home and compete to go win the game.”

Texas State looks to hold its end of the rivalry bargain and win their first game against the Roadrunners in three tries. It would prove they can get over the hump.

“We’re playing more sound each week as the weeks progress,” London said. “It’s just like, when are we going to get over that hump? You know? I see the progression, but progression only means so much. At the end of the day, you want to see ‘Ws.’