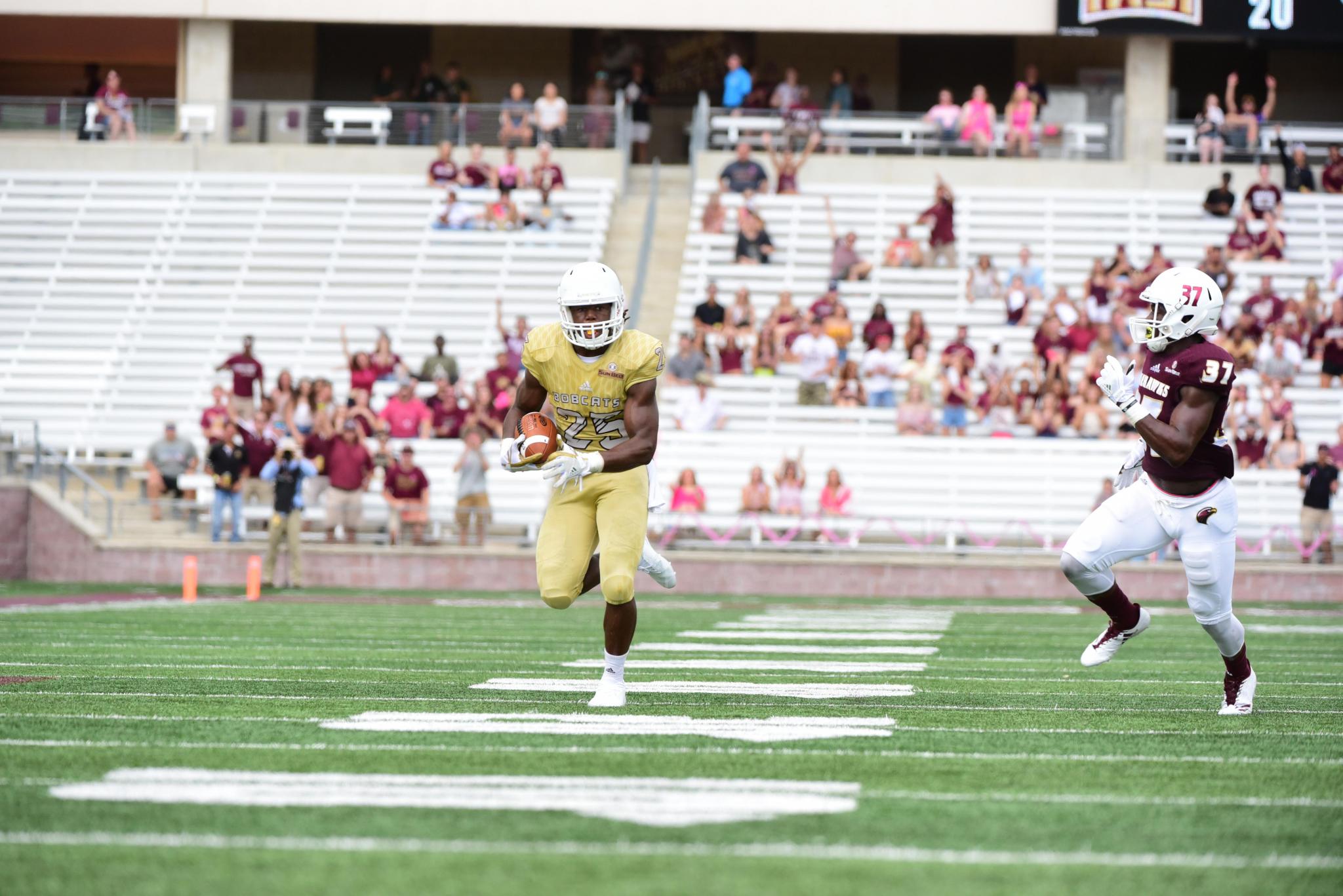 Texas State junior running back Anthony D. Taylor will be the lead guy in the backfield for the Bobcats in 2018, head coach Everett Withers said at Sun Belt Media Day.

Withers is excited about Texas State’s running back corps.

“We’ve got a number of guys and depth at running back,” Withers said at Sun Belt Media Day. “Anthony Taylor will be a lead guy there for us. Jaylin Nelson, Caleb Twyford will also play some running back for us this year. So, we’re really, really excited. Robert Brown is another guy that gives us some depth. So, we have four or five running backs we feel comfortable putting in the game. They all played for us last year. Much of those guys, three or four of those guys, were true freshmen and are now sophomores playing for us. So we’re excited there.”

Smith was the second-leading rusher on the team in 2017 with 74 carries for 352 and three touchdowns. Brown was close behind with 305 yards on 77 carries. Nelson only ran the ball 25 times for 98 yards last season. Twyford only carried the ball four times for 10 yards.

Although Texas State didn’t have a great year running the ball in 2017, Withers said improving the running game is something the Bobcats have to do in 2018.

The Bobcats have the pieces to see their running game take a jump in 2018 with Taylor, Smith, Brown, Nelson and Twyford set to take snaps in the backfield.