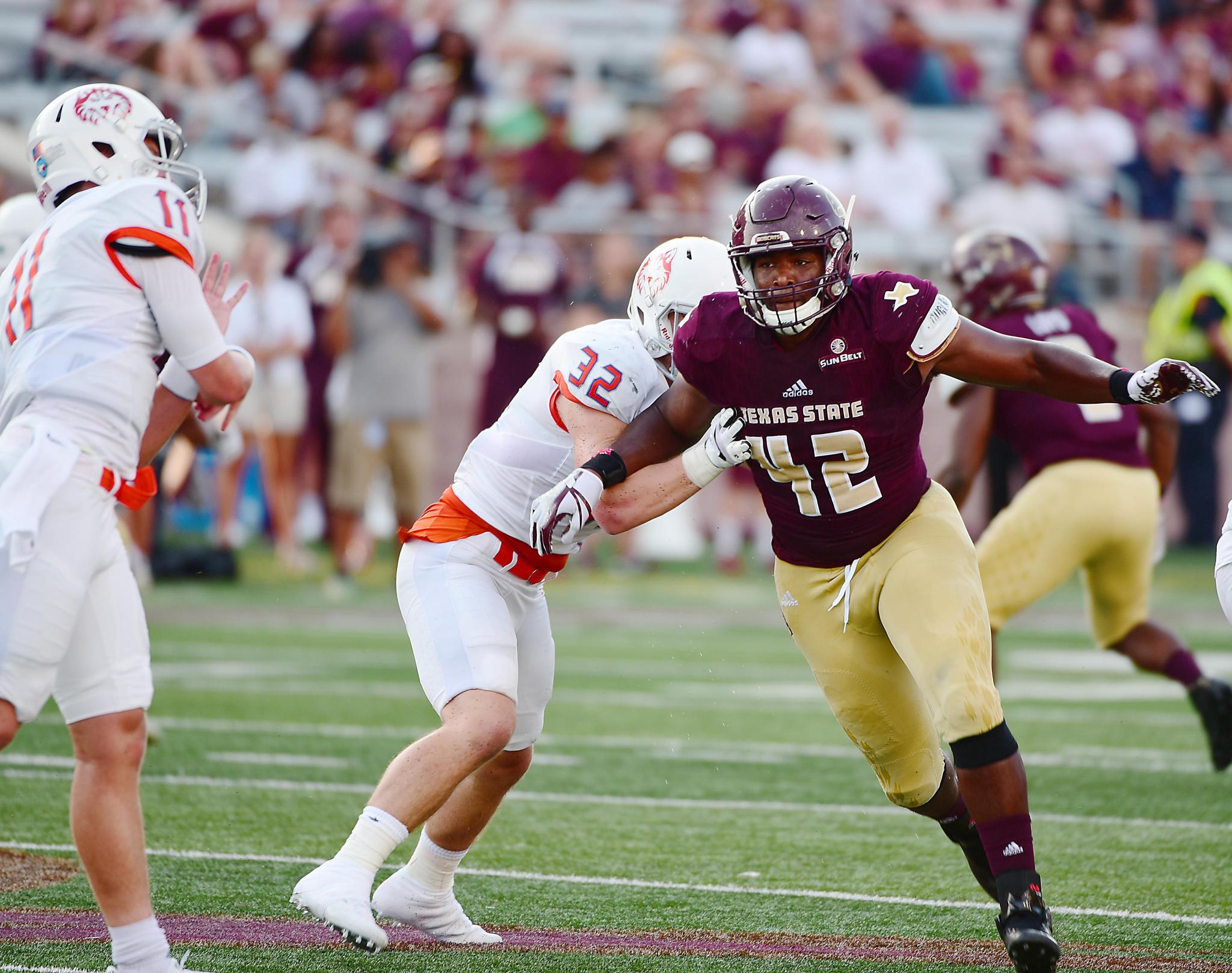 The Bobcats know what they’re starting defensive line will look like in 2018.

“We’re so much better in our defensive line than we were when we got here,” head coach Everett Withers said at Sun Belt Media Day. “We were playing with a (5-foot-10), 260 pound offensive lineman in year one at nose guard. Now Dean Taylor is at (6-foot-5), 315 (pounds). He’ll start for us at nose. We get Ish Davis back. He was injured for us most of all of last year. He’s a very big part of our defensive line. And then a sophomore Caeveon Patton, who played a lot as a true freshman. Those will be our starting three guys in our 3-4 scheme. We’ve got a number of guys that will be playing behind those guys. So, we feel good about our depth. We signed four linemen in last year’s class. So, we’ve added depth in our defensive line.”

The Bobcats’ defensive line appears set as they head into training camp on Friday.