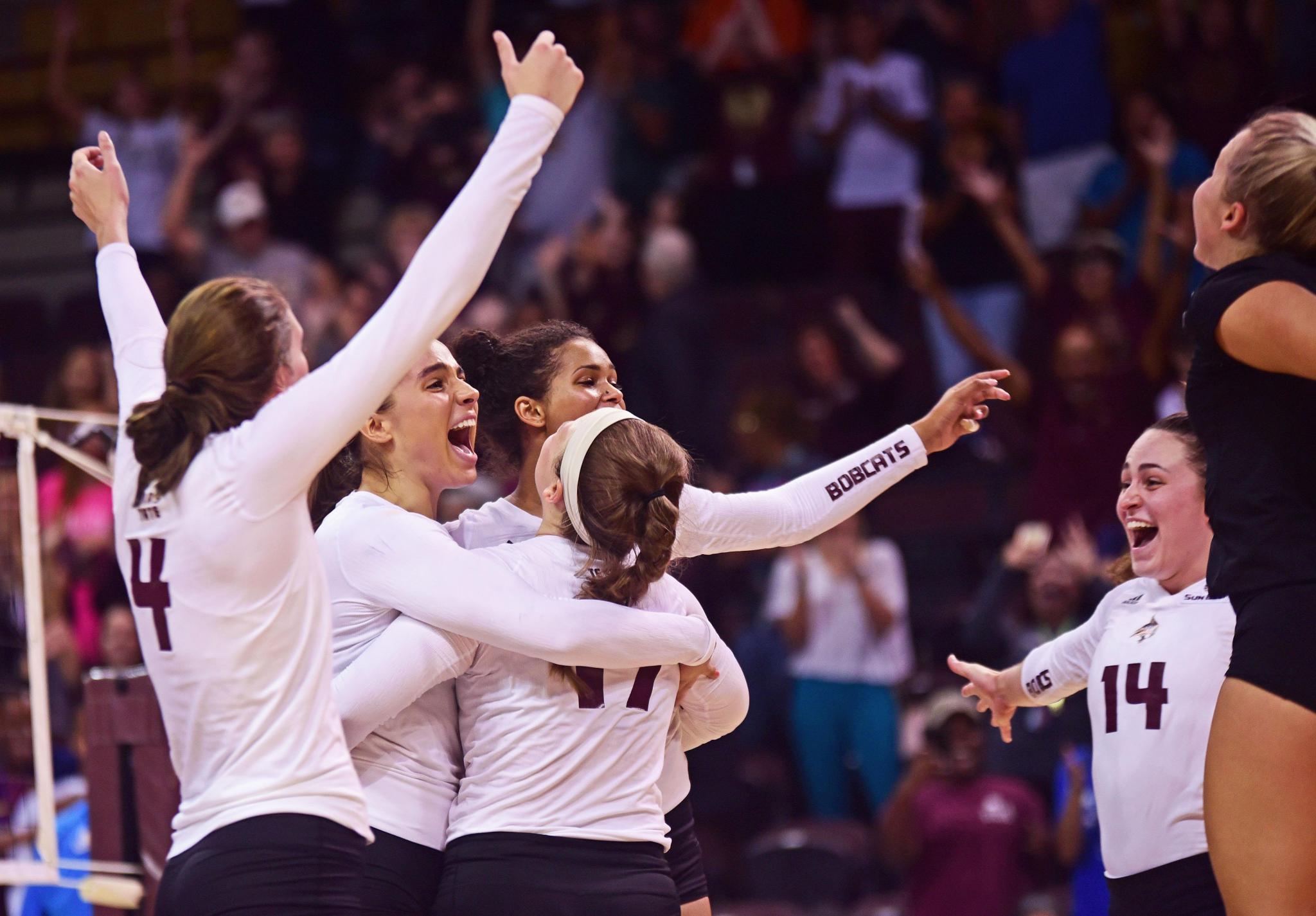 The Bobcats are now on a five-match win streak. Texas State became the first team in the conference to secure double-digit wins for the second consecutive season. The loss snapped the Warhawks four-match winning streak.

Texas State’s momentum carried over from the first set. After the 15-15 tie in the opening period, the Bobcats went on a 22-7 run that stretched into the second set. Texas State built a quick 12-3 lead in the set. The Bobcats saw themselves lead by as many as 12 in the frame. Texas State secured a 25-13 second-set win to take a 2-0 match advantage.

The Warhawks started the third set well with a 5-2 lead. But the Bobcats chipped away and ULM saw its last lead at 7-6. The Warhawks kept the set interesting by tying the frame four times but they couldn’t regain the lead. After the final set was tied at 17-17, the Bobcats rattled off eight of the final 10 points to end the match with a 25-19 third-set win.

Texas State is now 43-2 all-time against ULM and has won 12 consecutive matches against the Warhawks.

Texas State returns to the court on Sunday at 12 p.m. against Louisiana-Lafayette at Earl K. Long Gym in Lafayette, La. The Ragin’ Cajuns are just one of two teams that beat the Bobcats last season. Louisiana enters Sunday’s game coming off a 3-1 win over UT-Arlington.