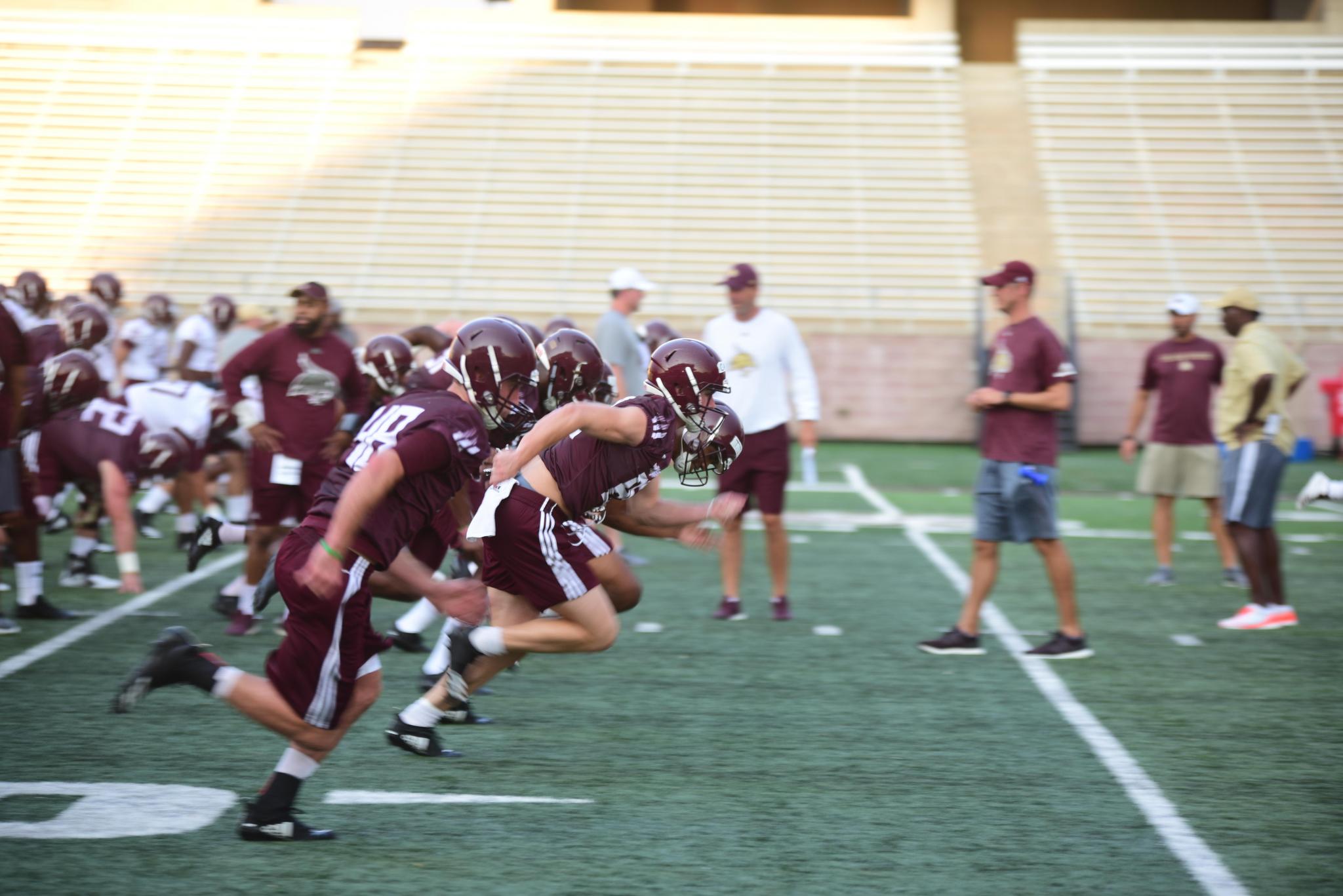 The discussion at Texas State’s team meeting Thursday night before it began training camp was simple: What do the Bobcats need to do in 2018 to take a step forward?

Texas State took the field Friday night for its first practice knowing that learning what it takes to win during training camp will be key to success this season.

“We’ve got a roster that’s getting closer to the number we need it to be,” head coach Everett Withers said. “We’ve got some guys that have played some snaps for us. So, it’s really good for us to be able to go out and say, ‘Okay, if we do these things right, we’re going to have a chance to win these games,’ which there’s not a game that if we do it right, stay healthy, that we won’t have a chance to go compete and have a chance to win it.”

The normal excitement of a new season was evident inside Bobcat Stadium. Withers called Friday one of the best days of football.

“We had a really good walk-through (Friday) morning,” Withers said. “I thought the kids had a lot of energy and a lot of excitement (Friday) morning. We’ve talked about one day at a time, one practice at a time. I think we’ve got enough kids around what we do. We’re trying to instill to kind of understand that. Things have gone well.”

Texas State holds four practices before its first day of pads on Tuesday. Withers hopes to see the team practice with enthusiasm and excitement. But more importantly with a larger roster of 76 scholarship players this season, he hopes that leads to a smooth move from summer conditioning to camp.

“Hopefully there’s just a transition from summer to training camp and, you know, you don’t have a whole bunch of guys having to learn how to do stretch because they’ve been here," Withers said. "They know how to train because they’ve been here. The NCAA allows us to meet with them, so they have a little bit of an idea of installation. So, it’s not just totally brand new everyday, the first day that they step out here. So, that’s what you hope to have happen so you can continue and move faster during training camp.”

“Whenever one becomes a leader we’ll make him the quarterback,” Withers said. “We’re in a good position. We haven’t been able to have that kind of battle since I’ve been here. So, we’ve got three guys that will go compete, and what we’re looking for is a guy that can lead the team. Guys that the players know they can trust that they’re going to do everything they try to give us an opportunity to be successful on offense.

3. On the offensive line depth:

“We expect (JUCO transfer Kam Jemison) to be a player,” Withers said. “There’s a good chance he starts for us, a really good chance. And we’re not there depth wise, we’re not. We’re not close. We’re not close depth wise. We’re still class away. But we’re better than we were. Remember when I got here there were three starters that walked in my office and quit. We’re still recovering from three starters on January 6th (2016) walking in my office and quitting the football team … So, we’re in a position now where we’re getting better at the offensive line spots but we’re not there yet. But Kam and some of the young freshmen will get an opportunity to compete and get in the two deep and help us.”