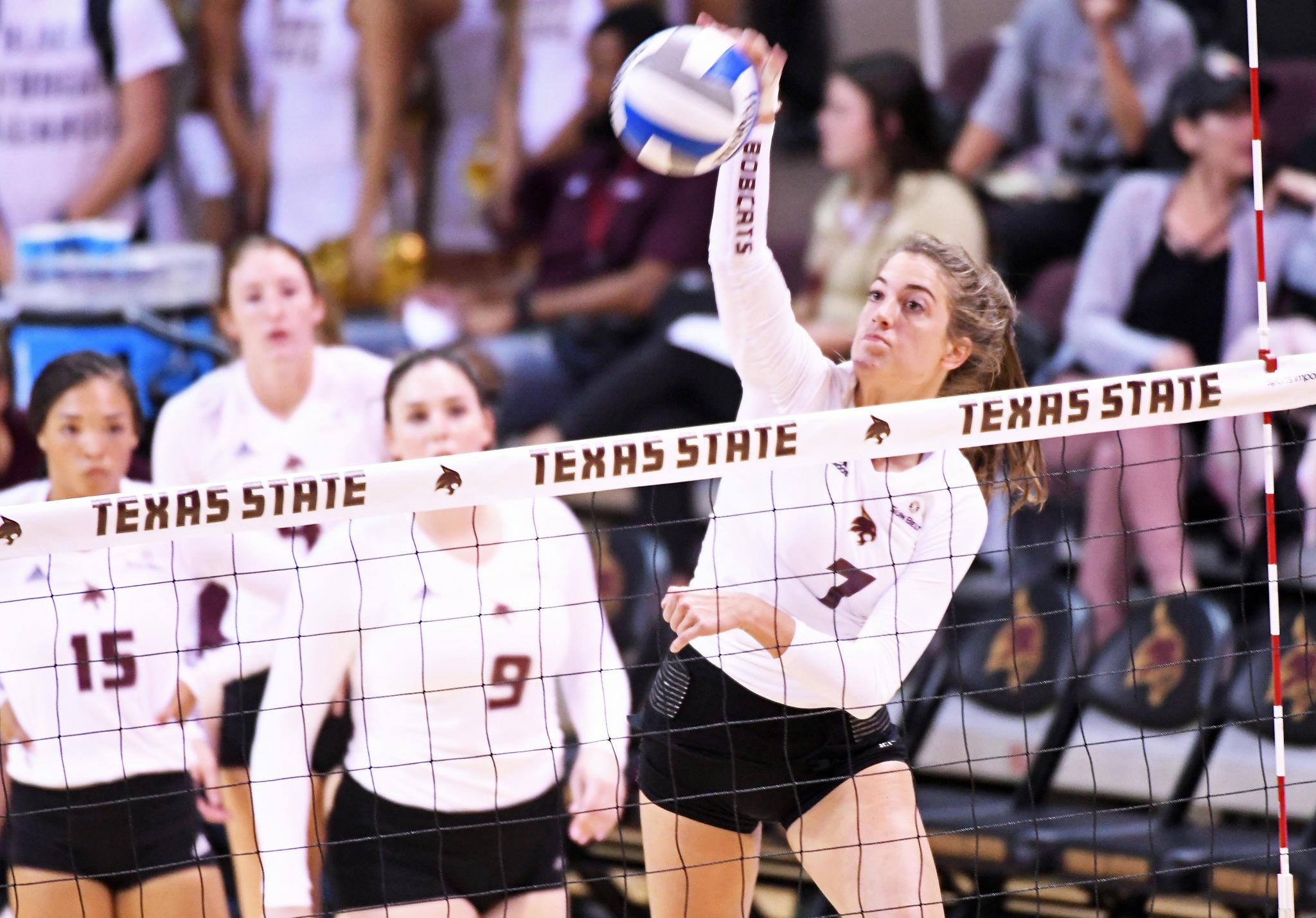 Texas State had its five-match winning streak snapped at the hands of No. 6 Texas on Thursday.

The Bobcats jumped out to a quick 3-2 lead in the second frame. Texas regained the lead, but Texas State kept the match close. The Bobcats had the Longhorns in their sights with the Texas advantage down to 18-16. But the Longhorns used a 7-3 run to close the set. Texas took the a 2-0 match advantage into the the third set after claiming the second period, 25-19.

Texas junior outside hitter Micaya White led the Longhorns (4-1) recorded a double-double against the Bobcats with 10 kills and 10 digs.