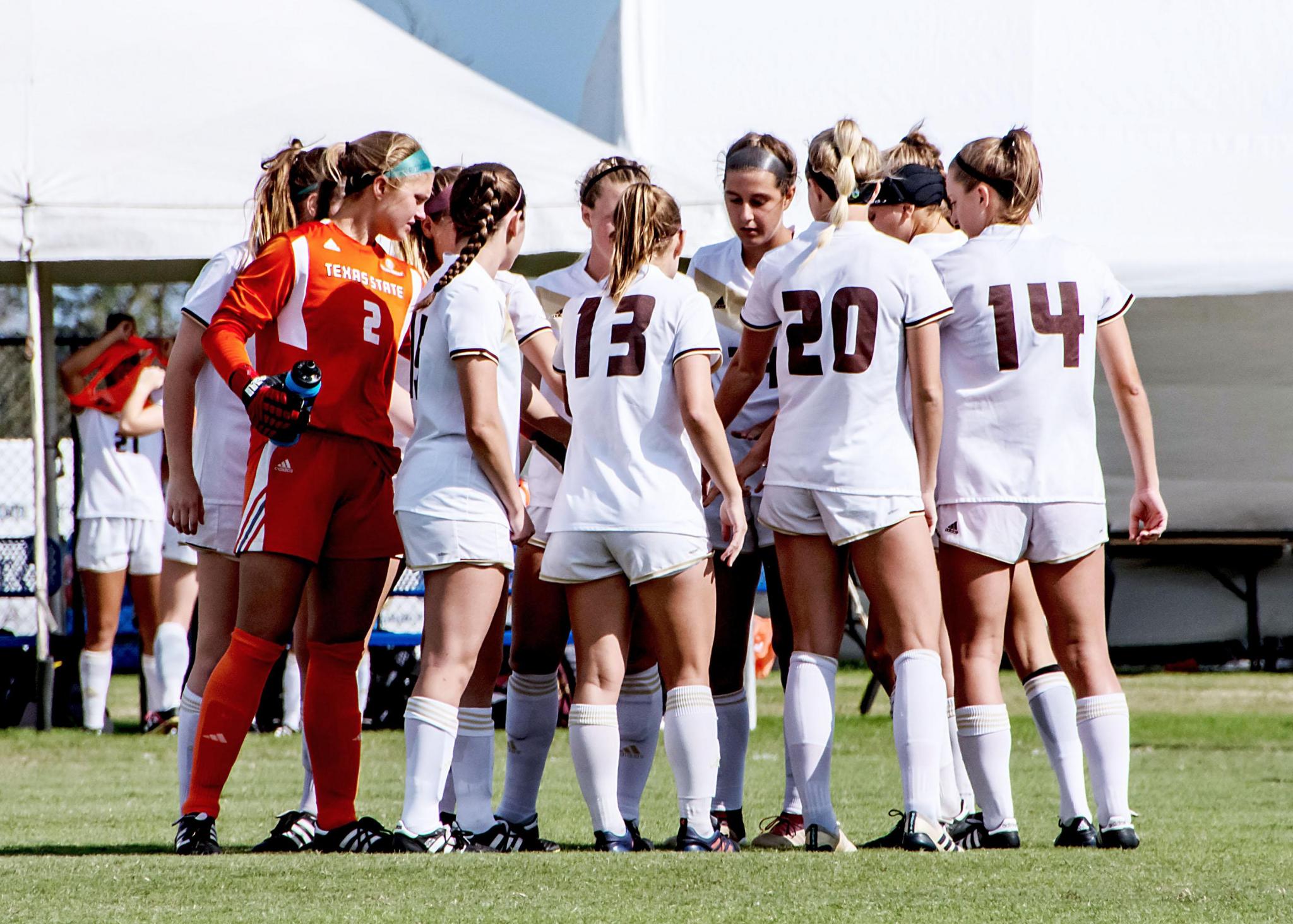 Texas State had two opportunities to end the game in a closely-contested penalty shootout against Little Rock in the Sun Belt tournament championship match on Sunday.

But victory eluded the Bobcats as the Trojans went on to win a 0-0 draw with a 6-5 win in penalties kicks.

The Trojans had the first opportunity at goal in the fourth minute when senior midfielder Arola Aparicio Gili placed a shot that just sailed over the crossbar.

The Bobcats responded when junior forward Kaylee Davis made her way behind Little Rock’s defense and placed a shot to the back post but freshman goalkeeper Sara Johannsdottir blocked the shot.

The Bobcats had a chance in the 26th when freshman midfielder/forward Ally Kewish got a shot off but it was cleared by the Trojans.

Texas State’s next opportunity came in the second half. Junior midfielder Genesis Turman placed a header toward goal in the 67th minute but it caromed off a defender. Turman, however, got the ball back and placed another header at goal but it couldn’t find the back of the net.

The match went into overtime after neither team could score.

In overtime, Texas State’s best opportunity came when junior midfielder Jordan Kondikoff put up a shot from outside the 18-yard box, but her shot went straight toward the keeper.

After two 10-minute overtime periods, the match went into a penalty shootout. The first two Bobcats and Trojans converted each of their penalty attempts.

Little Rock missed its third attempt but Texas State missed its next opportunity and couldn’t take an advantage.

Both teams made their next three shots, but Martin made a save to give the Bobcats another opportunity to win. But Texas State couldn’t find the back of the net on its next penalty attempt.

Little Rock scored the following penalty to grab a 6-5 lead. Texas State couldn’t match the Trojans and missed out on its first NCAA berth since 2011.

Davis finished the season with 18 goals, which matched a school record.

Martin made five saves to secure her ninth shutout of the year to set a new program record.

Davis, Kondikoff, Martin and Turman all made the Sun Belt All-Tournament team.