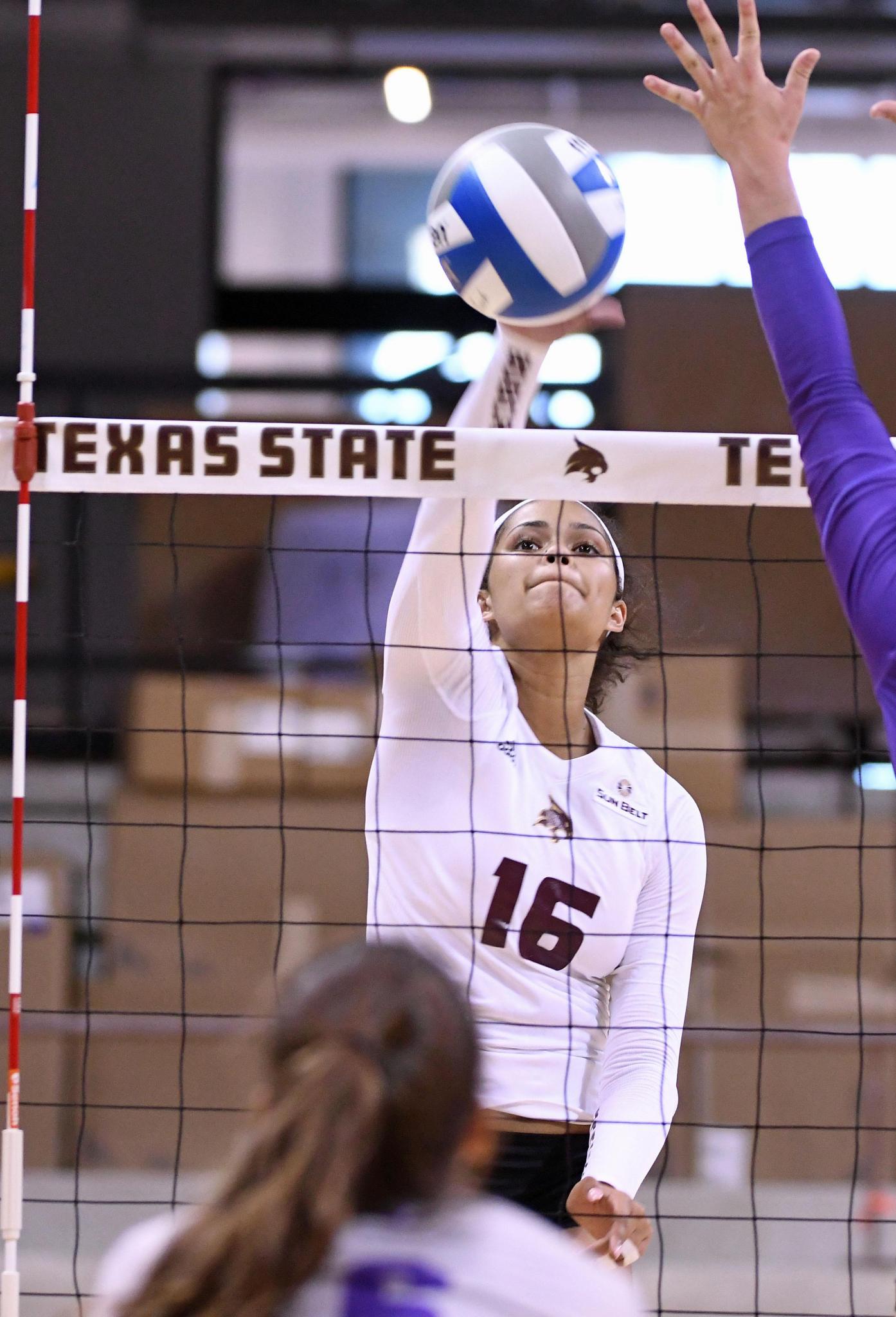 The Bobcats (12-5, 3-0 Sun Belt) and Trojans (10-6, 2-1) battled back and forth in the opening set with seven ties and four lead changes. The Bobcats seized momentum after the frame was tied at 14-14. Texas State won the next two points and held onto the lead to secure the first set, 25-22.

The Bobcats rode the momentum from the first into the second set. Texas State began the period on a 15-8 run. Texas State sailed to a 25-15 victory to take a 2-0 match advantage.

But Little Rock fought back in the third set. In another tight affair that featured 22 ties and 11 lead changes, neither squad took a lead bigger than two points until the Trojans jumped out on top at 21-18. But Texas State battled back to grab a 23-22 advantage. Both teams traded match points with the Bobcats holding it at 24-23 and 27-26. Little Rock, however, escaped the third frame with a 30-28 win to extend the match.

The fourth set was tight until the Bobcats broke through after the period was tied at 16-16. Texas State used a 4-0 run to grab control of the frame. The Bobcats ended the set on a 9-2 run to secure the win at 25-18 and the match at 3-1.

On the Little Rock side, freshman outside hitter Laura Jansen led the Trojans with 13 kills followed by senior middle blocker Veronica Marin’s 10 kills.