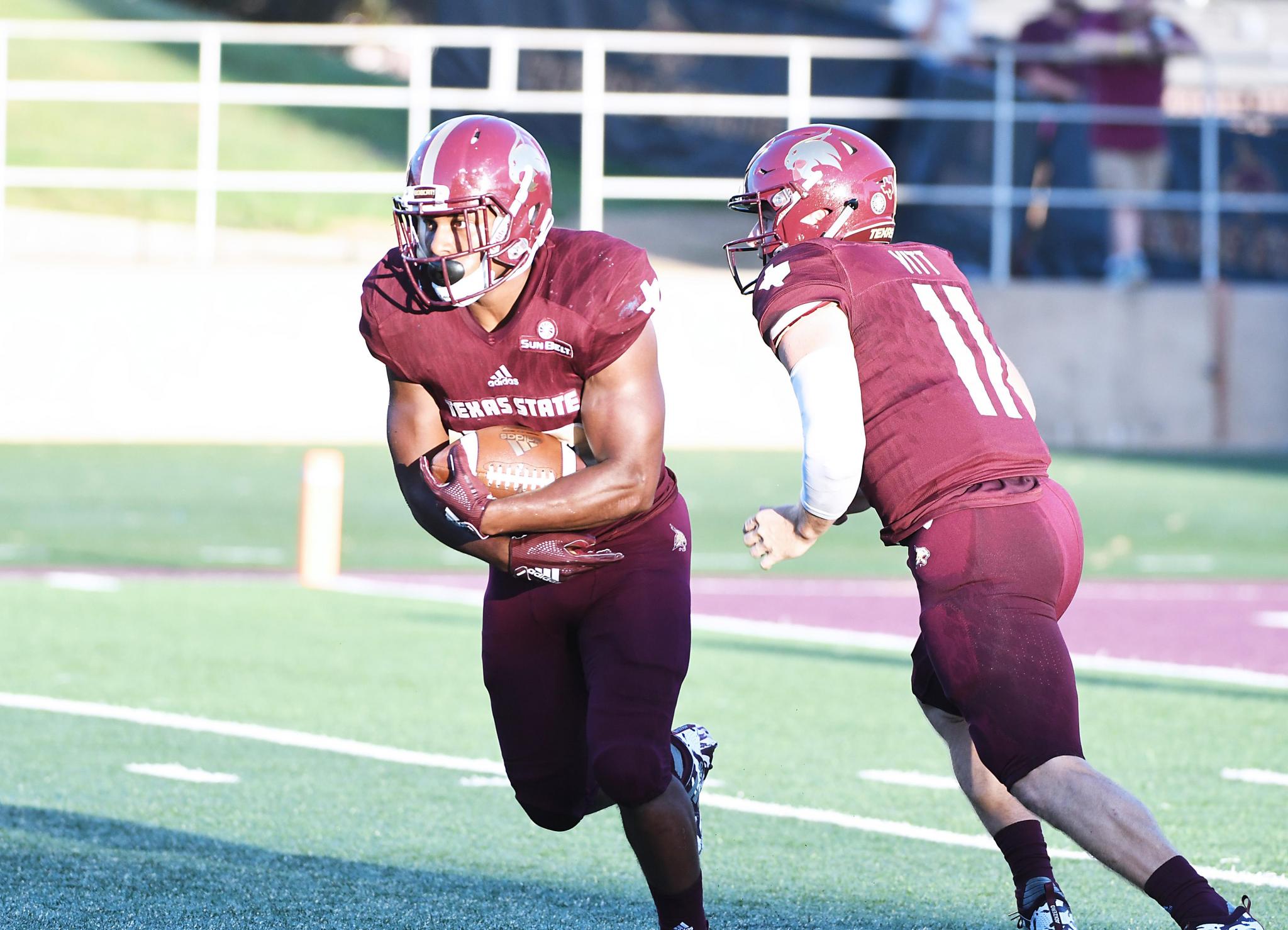 Texas State looks ahead to Georgia Southern during short week

Texas State is still searching for answers after its loss to Louisiana.

But the Bobcats (1-4, 0-2 Sun Belt) have no time to dwell on the disappointing defeat with Georgia Southern (4-1, 2-0) coming to San Marcos on Thursday.

Still, head coach Everett Withers said at Monday’s press conference that he continues to take 100 percent of the blame for Saturday’s loss.

“Obviously a short week playing on Thursday night this week,” Withers said. “We’re excited about playing and getting back on the field. Obviously, we didn’t play well last Saturday night. I told you guys that after the game that I take full responsibility. I still do. I take full responsibility because I’m still trying to figure out why the first half was the first.”

Withers pointed to the second quarter as a big reason for Texas State’s demise against the Ragin’ Cajuns.

“We did not play well, especially in the second quarter,” Withers said, “One of the things we talked about as a team, (Sunday), was our good players have to play good all the time. Your good players can’t play good 60 percent of the time and what we didn’t have enough of our good players play good. Nobody played good on defense. Nobody — Bryan London didn’t play well — nobody played good on defense. So, we can’t do that. Bryan London has to play well for us every week to have a chance to win. Simple as that. It’s not rocket science. We have to play well.”

Withers said Texas State has worked on defending the triple option during the spring, offseason, training camp and during its recent bye week. But he said time is a factor as the Bobcats must prepare on a short week.

“Really, (Sunday) night was Monday for us. (Monday) was Tuesday for us,” Withers said. “We had to be ahead of the game a little bit as far as gameplan and those type of things. Our coaches have done a good job. Like I said, we’ve had time to kind of put together preliminary gameplans for (Sunday). All it is now is just getting the reps. Obviously, we’ve got to do some things to alter practice in the next couple days because we’re going to lose a day of preparation. But I think more than anything else getting our players rested, hydrated and ready to play a physical, tough game on Thursday night.”

Despite the difficulties of a short week, the Bobcats are tackling the challenge.

“It’s definitely difficult having a game Saturday and then turning right around and having a practice the next day and not really having a day to kind of get your body ready,” junior wide receiver Hutch White said. “But, it’s something you just kind of have to be ready for. I mean, it’s exciting being on ESPN and everything. We’re just taking it day by day.”

Injury notes: Senior safety A.J. Krawczyk missed Saturday’s game against Louisiana because he was in concussion protocol. Texas State is unsure when Krawczyk will be cleared to play. Junior defensive lineman Dean Taylor suffered a neck strain against UTSA on Sept. 22. He’s questionable for Thursday’s game. Jaquel Pierce hurt his ankle against Louisiana and is questionable for the Georgia Southern game. Freshman safety Pierce Withers has a torn pectoral and is undergoing surgery on Tuesday.