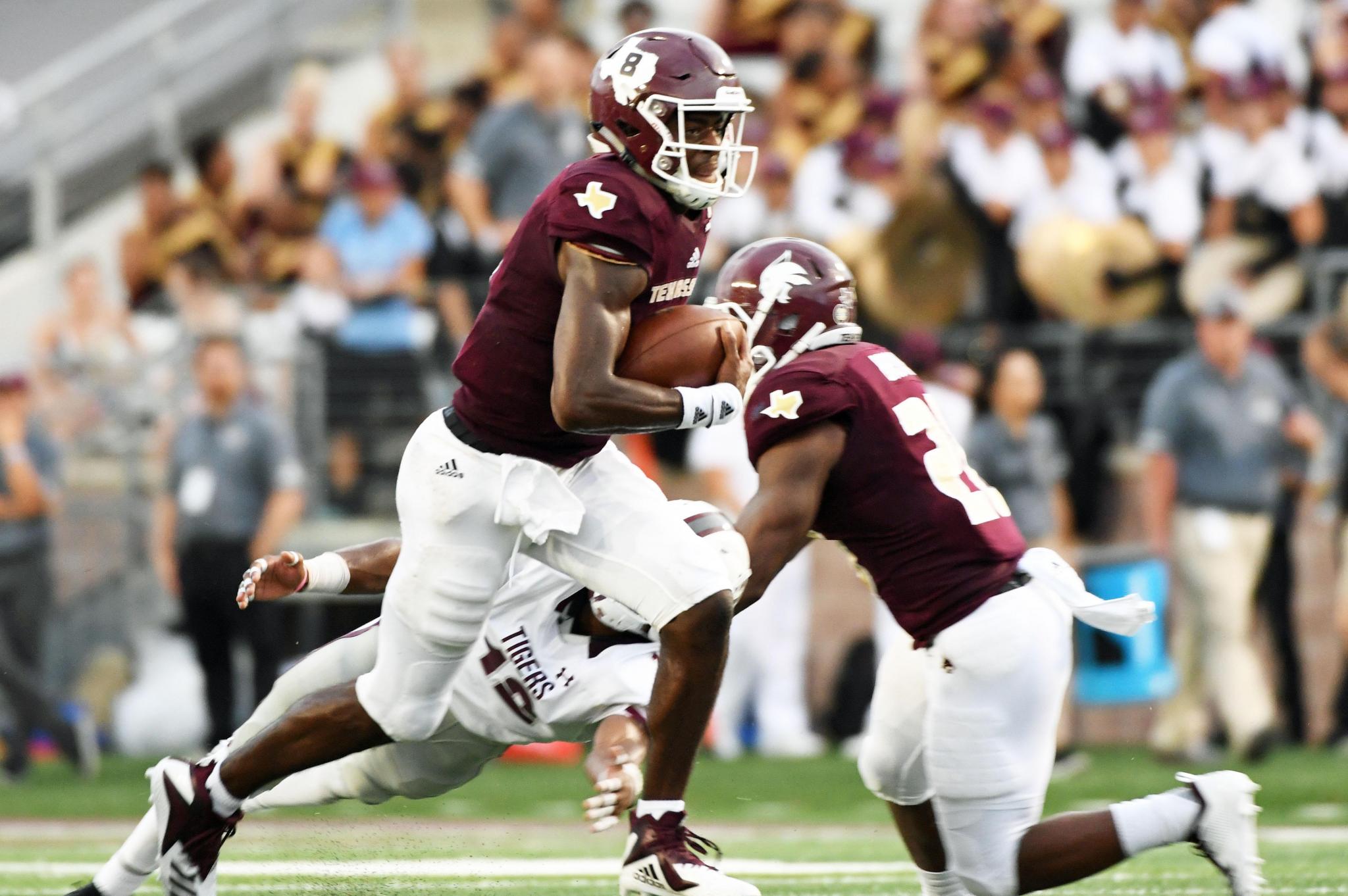 Texas State looks to build off its home-opening win over Texas Southern when the Bobcats travel to take on South Alabama on Saturday.

At his weekly press conference on Monday, head coach Everett Withers said he felt that the Bobcats did well moving the ball against the Tigers.

“547 yards of offense on 81 plays is kind of what we envision (the offense) being,” Withers said. “6.8 yards per play. Had over 300 yards rushing on offense. Obviously, 107 of that with Willie Jones doing a nice job of managing the game in our read-option run game. He was 17-of-28 throwing the ball with a touchdown, no turnovers. I thought he improved tremendously from week one to week two as far as managing the ball game.

“We made a big emphasis of Keenen Brown getting the ball offensively. Seven catches for over 100 yards, 108 yards, and a touchdown. We threw the ball to nine different receivers. Nine different guys had their hands on the ball.We had a trio of (running) backs - Robert Brown, Caleb Twyford and (Anthony D.) Taylor - rush for 196 yards. So, again, I thought that was good.”

“Did not feel like we played well in the back end in the second half. In the third quarter, we gave up 167 yards passing on 13 attempts and in the fourth quarter we gave up 116 yards passing on 17 attempts for 283 yards. So, that’s not very good in the back end, and again, a couple of those were coverages we did not communicate well. So, we’ve got work to do there. We only had one sack on the day, which is to me, disappointing. I felt like we were close on some, but we were not very tight on our pass rush game, so we have to improve there.”

Texas State enters its first Sun Belt game of the season with the challenging task of figuring out how South Alabama will look under new head coach Steve Campbell. Withers admitted he didn’t know much about the staff, but they’ve been studying tape of Campbell during his time at Central Arkansas and offensive coordinator Kenny Edenfield during his tenure at Troy.

“We’ve gone back and looked at Central Arkansas tape,” Withers said. “...I just left the defensive staff room, they’re looking at Troy film. So, yeah, we’ll go back and look at the history. There’s not enough body of work in the regular season, 2018, to hang your hat totally on this year.”

South Alabama enters Saturday’s game at Ladd-Peebles Stadium in Mobile, Ala. at 6 p.m. with an 0-2 record with the losses coming from Louisiana Tech and No. 24 Oklahoma State.

Defensively, the Bobcats will have to prepare to see three quarterbacks. South Alabama has played seniors Evan Orth and Cole Garvin and redshirt freshman Cephus Johnson during the season.

“We expect all three of them,” Withers said. “We’re not sure. They’re all talented. They all have a different skill set, so we’ve got to be ready for all three, again. Like you said, it’s a conference game … Playing an early conference game, where you don’t know much about what you’re going to see because of body of work is tough. But I think it’s good.”

On offense, Texas State is preparing for a Jaguar squad that Withers says has a good defensive line and a talented secondary.