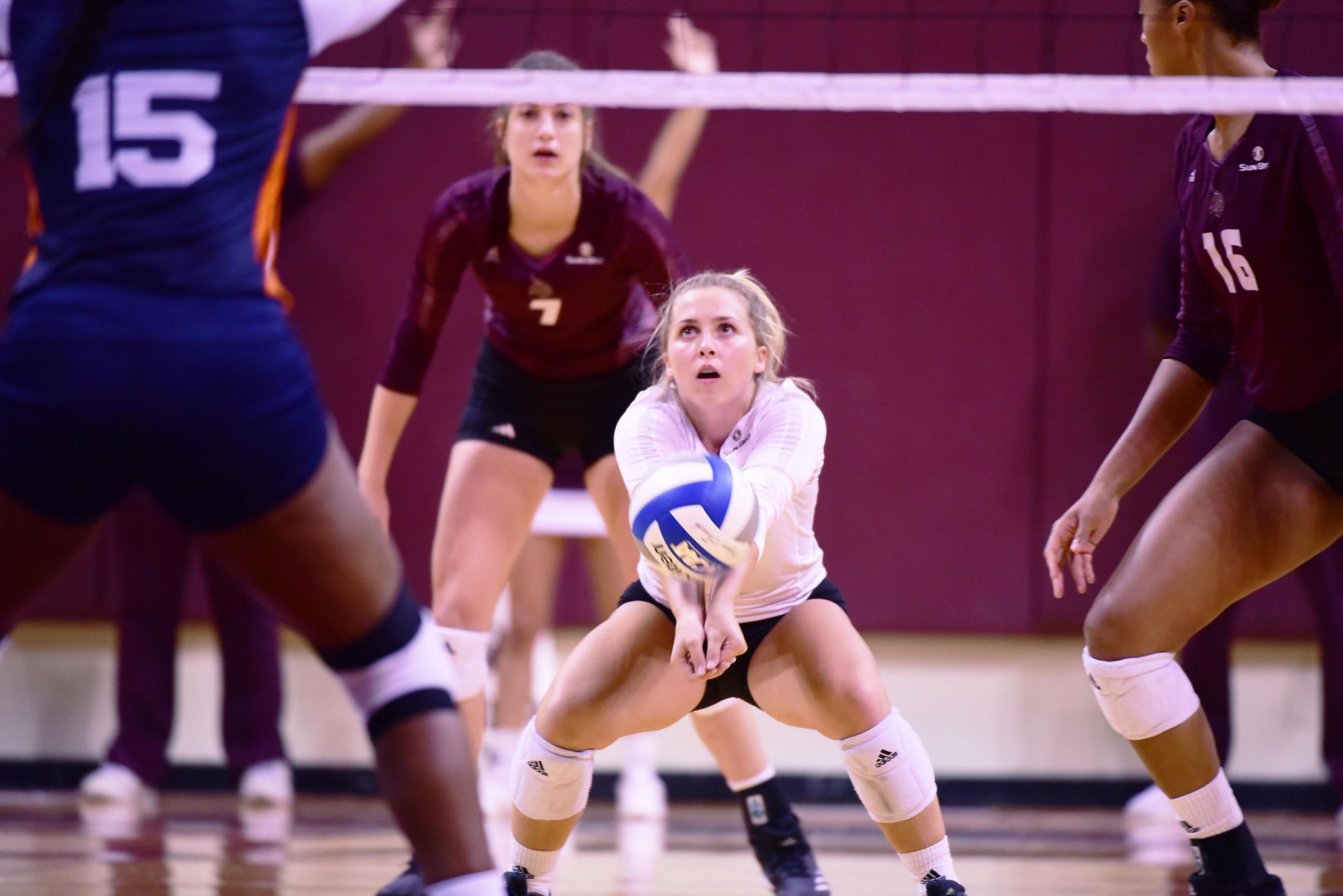 The Bobcats picked up the most points overall with 70. They were also selected to finish first in the Sun Belt west division. The conference enters its third season with the divisional format, and this marks the first time Texas State was picked first in its division.

The four Sun Belt selections were the most by Texas State since joining the conference in 2013. Dinwiddie is the first Bobcat to receive the preseason Defensive Player of the Year accolade.

Texas State enters the season after putting together a strong 2017 campaign, where it went 25-10, won the west division and played in the National Invitational Volleyball Championship and picked up its first postseason win in program history.

The Bobcats kickoff the season at the Baylor Invitation, where they’ll play Marquette on Aug. 24 and Baylor and LSU on Aug. 25. Texas State returns home to host its annual Creeds & Crests Classic on Aug. 30-Sept. 1, where it’ll take on UTSA, James Madison, Incarnate Word and Abilene Christian.