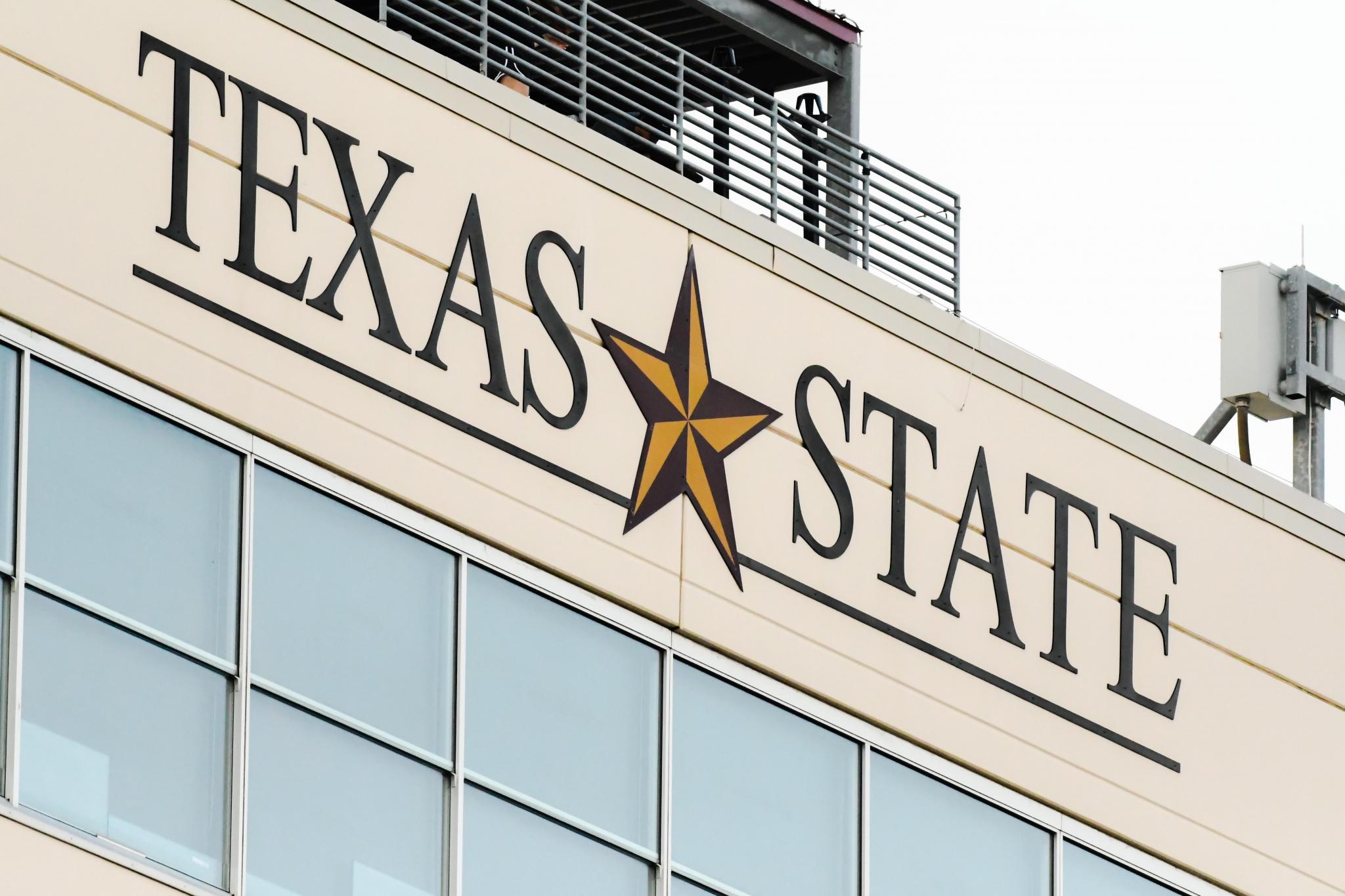 Bobcat Stadium will look far different than it did last year when Texas State takes the field Saturday night for its home opener.

Two large screens will be found in the south endzone that are about five times larger than the previous screens seen last season. The jumbotrons are listed at a whopping 36 feet by 61 feet.

With two new amenities, the Bobcats hope a large crowd follows to catch a glimpse of the screens, and a win over Texas Southern.

“We’re very excited,” sophomore cornerback Kordell Rodgers said. “We’re trying to talk to the students, to the community, come support us. You know, we’d love to have this stadium filled for the first home game. Like I said, try to get a win for you guys and us to boost our confidence again. Like I said, we just go out and practice and get better and prepare for a win. That’s all we do each and every day.”

Defensive coordinator Chris Woods said at Texas State’s preseason media day that he’d like to make Bobcat Stadium a horror show for opponents with a raucous crowd in the stands. During training camp, head coach Everett Withers said adding the larger screens in the stadium makes for a better atmosphere.

And with their home opener approaching, Withers and the Bobcats want the crowd to play an important role in Saturday’s game.

“One of the big things that we’ve been talking about all year long is if you want to have a football program that’s traditionally good then you have to build it all in all ways,” Withers said at his weekly Monday press conference. “You have to build the fanbase. You have to build your team. You’ve got to understand playing at home you get six opportunities guaranteed that you’re going to play at home.

“You got to have that stadium full and it’s got to be a weapon for you and that’s what we’ve talked a lot about, the 11th unit, and getting that 11th unit of our fans, our students, our alumni to the game. We’re really pushing that because we feel like if this place is full, boy, it’s such a different atmosphere for our players when it’s full. It makes working in the week getting prepared for gameday a lot more fun.”

Texas State enters its matchup against Texas Southern looking to bounce back from a 35-7 loss to Rutgers, while the Tigers won their season opener, 26-16, over UT-Permian Basin.

The Bobcats are expected to beat an FCS opponent. Texas State, however, has had its problems with FCS competition in year’s past. Last year’s season opener, Houston Baptist jumped out to a 9-0 lead before the Bobcats rebounded and won the game 20-11.

In 2016, Incarnate Word held a 7-0 lead after the first quarter. Texas State ended up blowing out the Cardinals, but still gave up 17 points in the win.

The Bobcats, however, choose not worry so much about Texas Southern entering Saturday’s contest. Texas State would rather focus on improving itself.

“We don’t worry too much about opponents anyway,” Withers said. “We kind of take care of us and we kind of know what you are when we play you. But it’s really about us. The preparation is really about us getting better each week and not about the opponent. So, we’re going to know that they run this style of defense. This style of offense. But we’re going to try and take care of us, and try to get better each week.”

The Bobcats hope to see their offense take strides against the Tigers. Texas State was limited to 169 total yards on offense against Rutgers. The running game showed life with junior running back Anthony D. Taylor, who averaged 4.6 yards per carry but only received the ball seven times. The Bobcats fell behind and went to pass against the Scarlet Knights. Sophomore quarterback Willie Jones III struggled by only completing 7-of-20 passes for 79 yards and an interception.

On defense, Texas State ended its interception drought. Freshman defensive back Jarron Morris intercepted the first pass for the Bobcats since Oct. 22, 2016 against Louisiana. Rodgers added two more interceptions, including a pick six. But Texas State gave up 423 total yards.

The Bobcats also hope to shore up their mental mistakes. Texas State committed 15 penalties for 119 yards.

“Now, we get to come back and play an opponent at home, and now we get to clean up some of the mistakes,” Withers said. “I’m sure (Texas Southern is) going to come in and try to challenge us and win the game. If we’re a better football team on Saturday, we’ll have a chance to win the game, and that has to be our mindset that we have to be a better football team in week two than we were in week one. And, we got to see ourselves against a Power 5 opponent in week one. So, now let’s come back and correct the mistakes and be better in week two.”