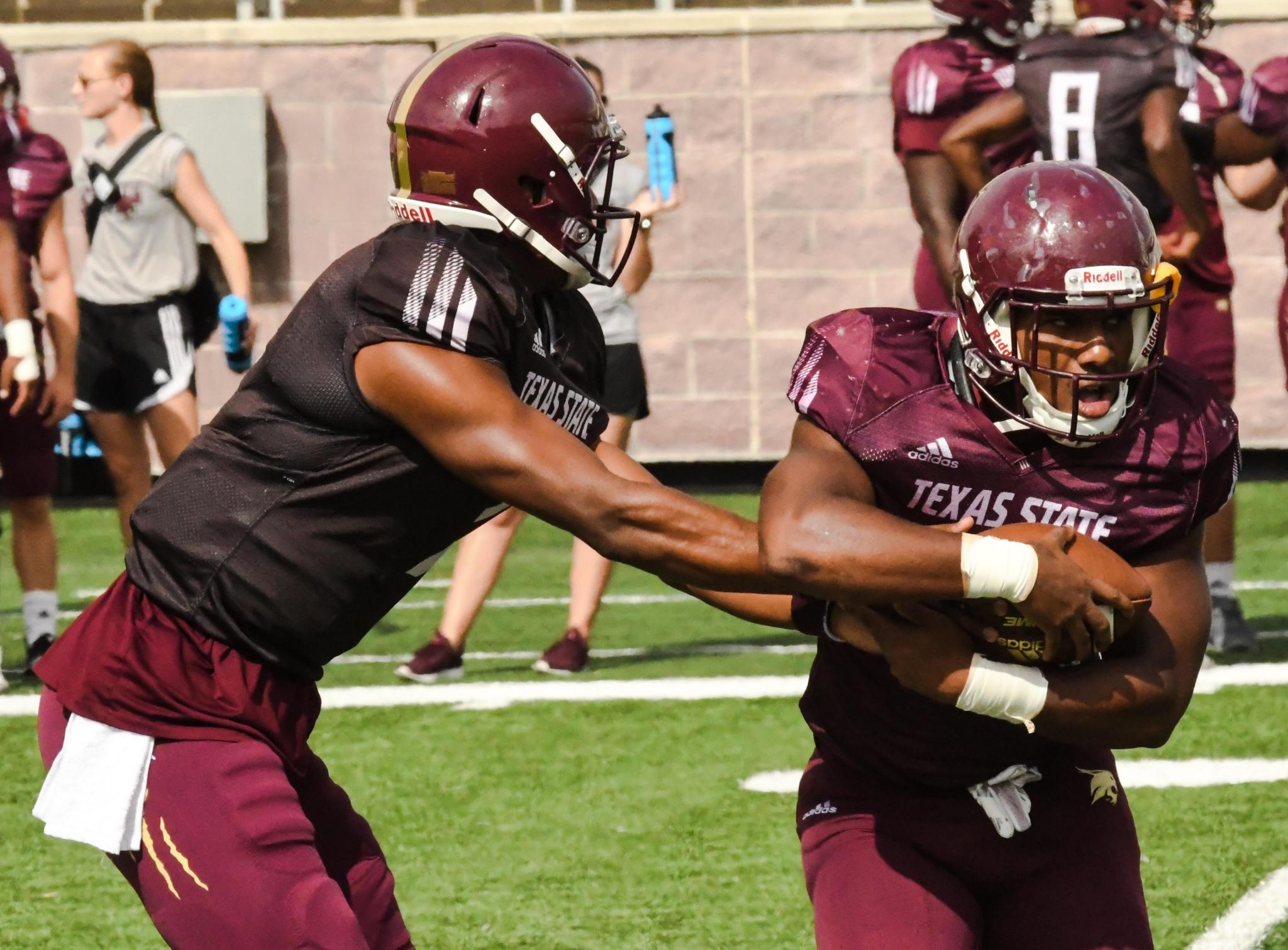 From head coach Everett Withers' standpoint, Saturday’s scrimmage was the best first scrimmage of training camp he’s had during his three-year tenure at Texas State.

The offense showcased its ability to move down the field early in Saturday’s scrimmage, while the defense found its rhythm as the day progressed in front of a couple hundred fans at Bobcat Stadium.

“I thought this was as good a first scrimmage as we’ve had since we’ve been here as far as retention,” Withers said. “We had the two pre-snap penalties. I think we had one holding penalty. We didn’t have a whole lot of play busts just outright egregious play busts. So, again, I think the retention has been well from  spring through the summer to the first scrimmage. I thought it was pretty good.”

Sophomore quarterback Willie Jones III had a good day running with the No. 1 offense. His passes looked clean and crisp. He also showed off his ability to make plays when things break down. Jones appears to be ahead in the quarterback battle. Behind Jones, redshirt freshman Jaylen Gipson and freshman Tyler Vitt were also productive.

“I thought Willie Jones did some really nice things (Saturday), really sharp,” Withers said. “I thought Jaylen Gipson did some good things. You can’t turn the ball over in the redzone. Tyler Vitt looked like a freshman. He’s got some ways to go but he’s a really sharp kid and made some plays later on in the scrimmage.”

On the defensive line, sophomore defensive tackle Caeveon Patton helped keep the offense from scoring a touchdown during its first drive of the scrimmage. Withers said Patton is performing well during training camp.

Overall, the first scrimmage showed the Bobcats are making progress as training camp continues and the season opener against Rutgers on Sept. 1 inches closer.

“I thought the offense did some good things in the relief game moving the ball,” Withers said. “Defensively, I think we started slow early but I thought we played well late. But really probably as good a scrimmage as we’ve had since I’ve been here.”