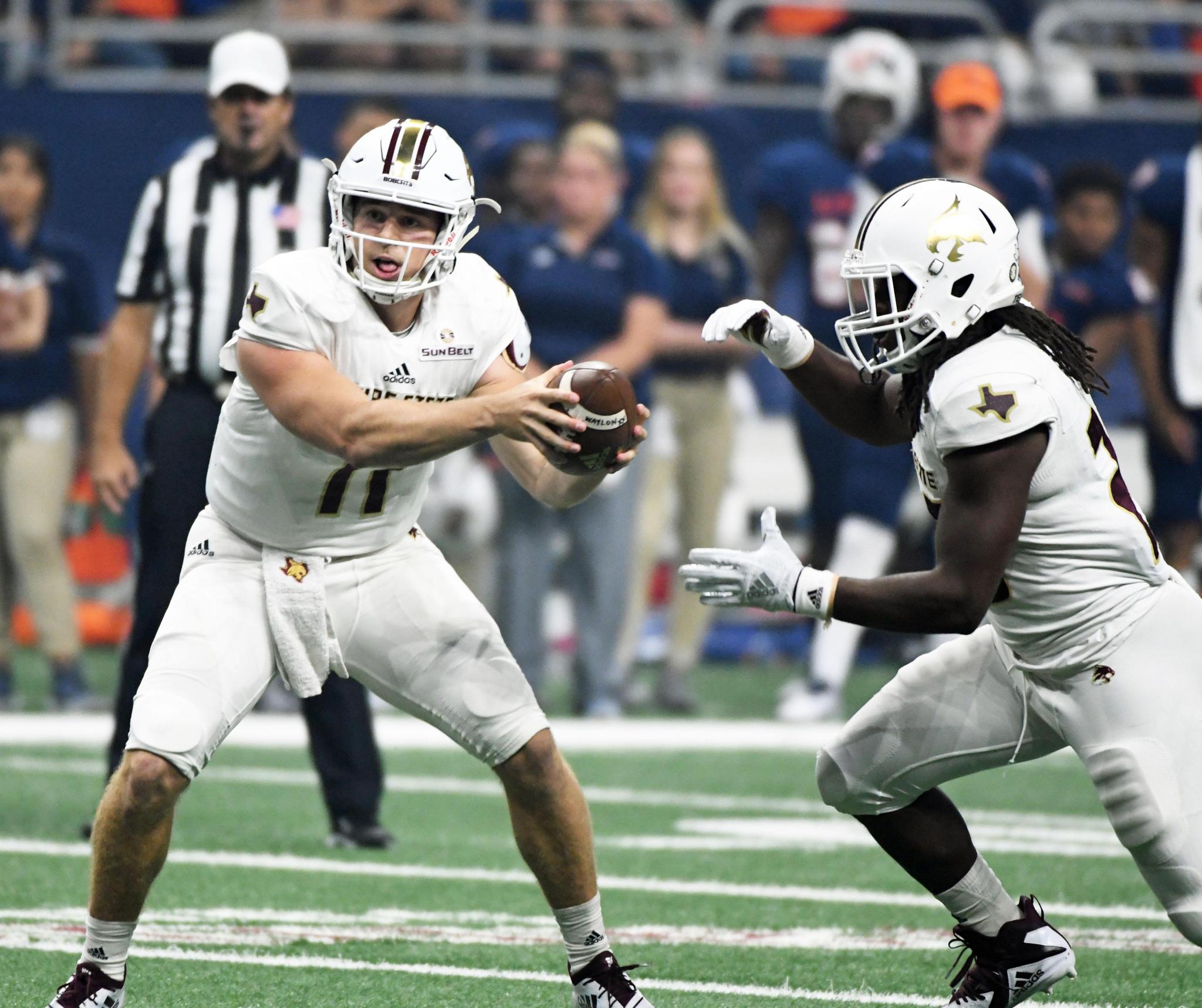 Texas State couldn’t complete a fourth-quarter comeback Saturday night against Louisiana-Monroe. The Bobcats fell 20-14 to the Warhawks inside Malone Stadium in Monroe, La.

Texas State took advantage of a forced fumble from junior linebacker Clifton Lewis Jr. early in the fourth quarter. The Bobcats took over at the ULM 49 and drove down the field in eight plays. Sophomore running back Robert Brown Jr. scored on a five-yard run to get the Bobcats within 20-14.

Texas State’s defense used the momentum gained on the score to force a quick three-and-out  on the ensuing ULM drive to give the Bobcats the ball back midway through the fourth quarter. Texas State had good field position to start the drive at the Warhawk 49. The Bobcats got down to the ULM 35 but the drive stalled on 4th and 20.

Texas State chose to punt the ball away and pinned the Warhawks at the 4-yard line. But ULM ran out the clock to secure the win .

The loss drops the Bobcats to 1-6, while the Warhawks are 4-4 this season.

But Texas State’s defense stiffened in the second half. The Bobcats only allowed three points off a 30-yard field goal by Ford.

Texas State had an opportunity to cut ULM’s lead down to 20-10 early in the fourth quarter. But freshman kicker Clayton Stewart missed a 30-yard field-goal attempt.

The Bobcats, however, found new life after the Lewis fumble recovery. Texas State cut the ULM advantage down to 20-14 after Brown’s touchdown.

But the Bobcats couldn’t finish the rally.

The Warhaks outgained Texas State, 353-242. Texas State finished with more rushing yards than passing yards, 127-115. Brown led the Bobcats with 46 yards on the ground and a touchdown. Junior running back Anthony D. Taylor added 44 yards. Texas State's offense was hindered by going 2-13 on 3rd down attempts.

Texas State returns to San Marcos to take on New Mexico State on Oct. 27 at 6 p.m. for its homecoming game.