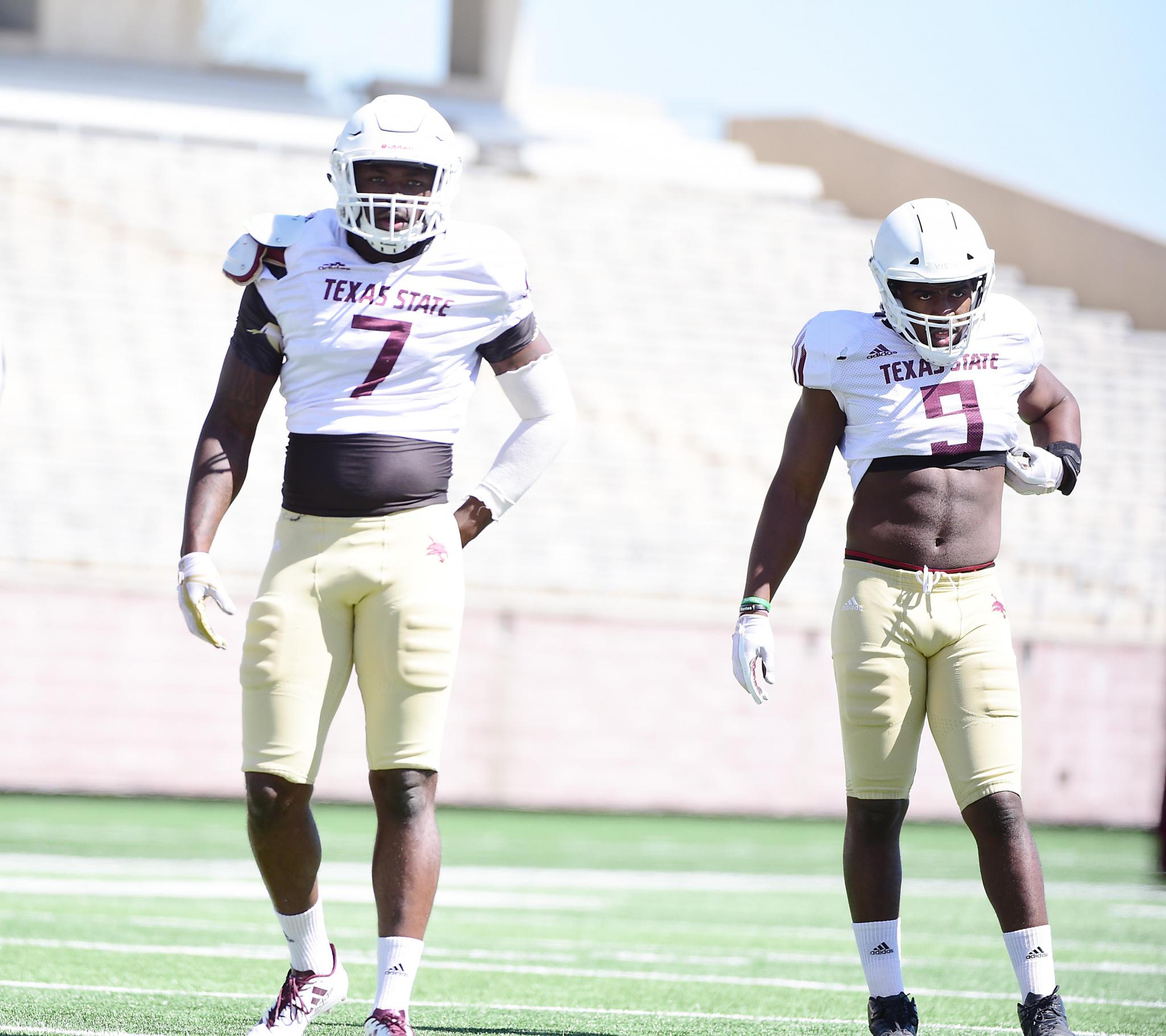 Texas State is confident in its linebacker corps.

Head coach Everett Withers will tell you it’s probably the Bobcats’ most experienced group. Maybe even their best group on the team, Withers said at Sun Belt Media Day on July 23.

“(London) is a preseason All-Sun Belt guy, really for two years in a row, last year and this year,” Withers said. “He’s a college graduate. He kind of epitomizes our program. You take a guy that was struggling academically, not playing football wise, and now he’s got a degree, and he’s a preseason Sun Belt guy. A guy that’s done a great job as far as being a leader on our football team.

“Frankie Griffin … he’s another one of our linebackers that was third team All-Sun Belt last year. We’re excited to have Frankie back for his senior year. And then, Hal Vinson, who played a lot for us last year, was injured some but he plays our boundary outside linebacker. A number of guys behind those guys that have played and add depth to our linebacker corps. But we feel like that might be the strongest piece of our football team.”

Griffin was the Bobcats third-leading tackler in 2017 with 74, which included 11.5 tackles for loss and four sacks. He added three pass breakups, two forced fumbles and one quarterback hurry.

Vinson amassed 40 tackles, including five tackles for loss and two sacks, during his sophomore campaign.

The Bobcats have sophomore John Brannon, who had nine tackles, and sophomore Markeveon Coleman, who had one tackle.

With the depth and experience, the linebacker corps should lead Texas State in 2018.