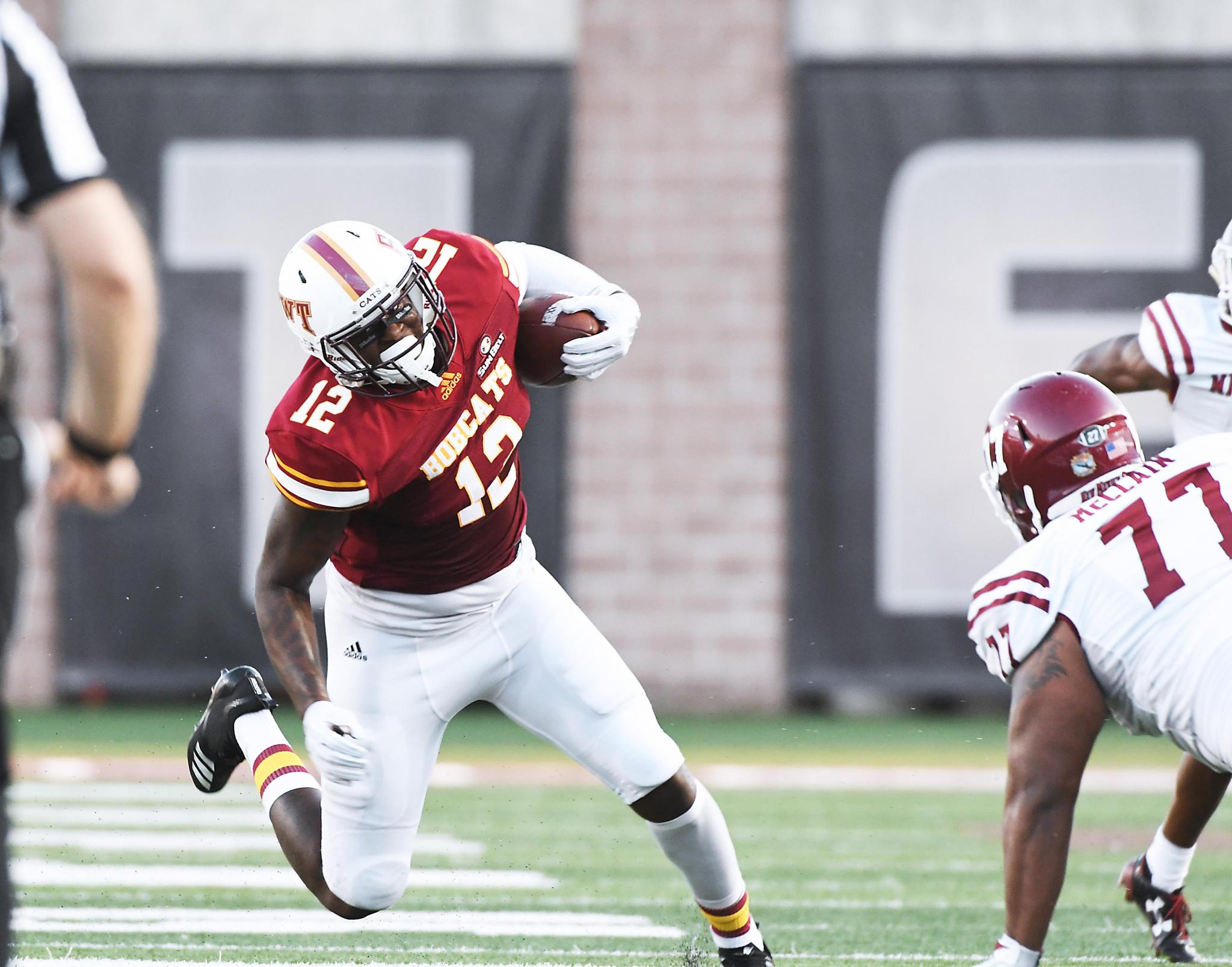 First up in that challenging four-game slate is Georgia State (2-6, 1-3). Texas State head coach Everett Withers knows how difficult November could shape up to be for the Bobcats.

Texas State is coming off a 27-20 win over New Mexico State last weekend. The Bobcats hope to grow from their second victory of 2018.

Meanwhile, the Panthers enter Saturday’s contest at Georgia State Stadium in Atlanta at 1 p.m. looking to bounce back from a 37-34 loss to Coastal Carolina at home.

“Excited about a Texas State team coming in here,” Georgia State head coach Shawn Elliott said during the Sun Belt teleconference on Monday. “They’ve got momentum coming off a win, I believe, over New Mexico State this past Saturday. It’s going to be good contest. I know coach Withers and his staff is going to be well prepared and have their team ready to come across to Georgia, here at Atlanta, to play a great contest, and we’re looking forward to it.”

Georgia State’s offense ranks in the middle of the pack in the Sun Belt. But the Bobcats know they’ll have to defend a growing quarterback in junior Dan Ellington, who’s thrown for 1,936 yards and 10 touchdowns, and has added 442 yards and six touchdowns on the ground.

“He’s a little more similar to (Louisiana-Monroe’s Caleb) Evans as far as a runner and those type of things,” Withers said. “I still think he’s trying to feel his way as far as a passer. But he’s got some targets. That’s the No. 1 thing to have targets first. But what we have to do is obviously we’ve got to be able to stop the run first and force people to throw the football and then so we can rush the passer. I think they’re starting three redshirt freshman offensive linemen. So, they’re a lot like us in a lot of ways on the offensive line … You want to make that game not a run game for them. You want to make it a pass protection game for them and then be able to rush the passer then try to get turnovers.”

On those passing targets, the Bobcats will have their hands full going up against redshirt junior Penny Hart, who is ranked as the No. 3 wide receiver in the conference. Hart has hauled in 49 receptions for 689 yards and three touchdowns.

“We’ll put together a gameplan that will help us coverage wise,” Withers said. “The thing for a secondary is first of all we’ve got to get to that point where we have to stop them on early downs and a lot of the time the heat goes outside on the early downs. And then, if we can get them in third and long and help those guys outside with coverage. So, they’ve got to earn their meal check on first and second down and then we can help them on third down.”

On offense, Texas State will try to keep making improving to its running game. The Bobcats ran for 230 yards against New Mexico State, which is the most since running for 304 yards against Texas Southern on Sept. 8.

The passing game will remain a mystery until game time. Sophomore quarterback Willie Jones III made the start last week against the Aggies after freshman quarterback Tyler Vitt was sidelined with a shoulder injury. Both quarterbacks will be available against Georgia State. The decision is expected to be made on Saturday.

While sophomore wide receiver Jeremiah Haydel doesn’t know who will be throwing passes to him and his fellow receivers on Saturday, he does expect to go up against a challenging defense.