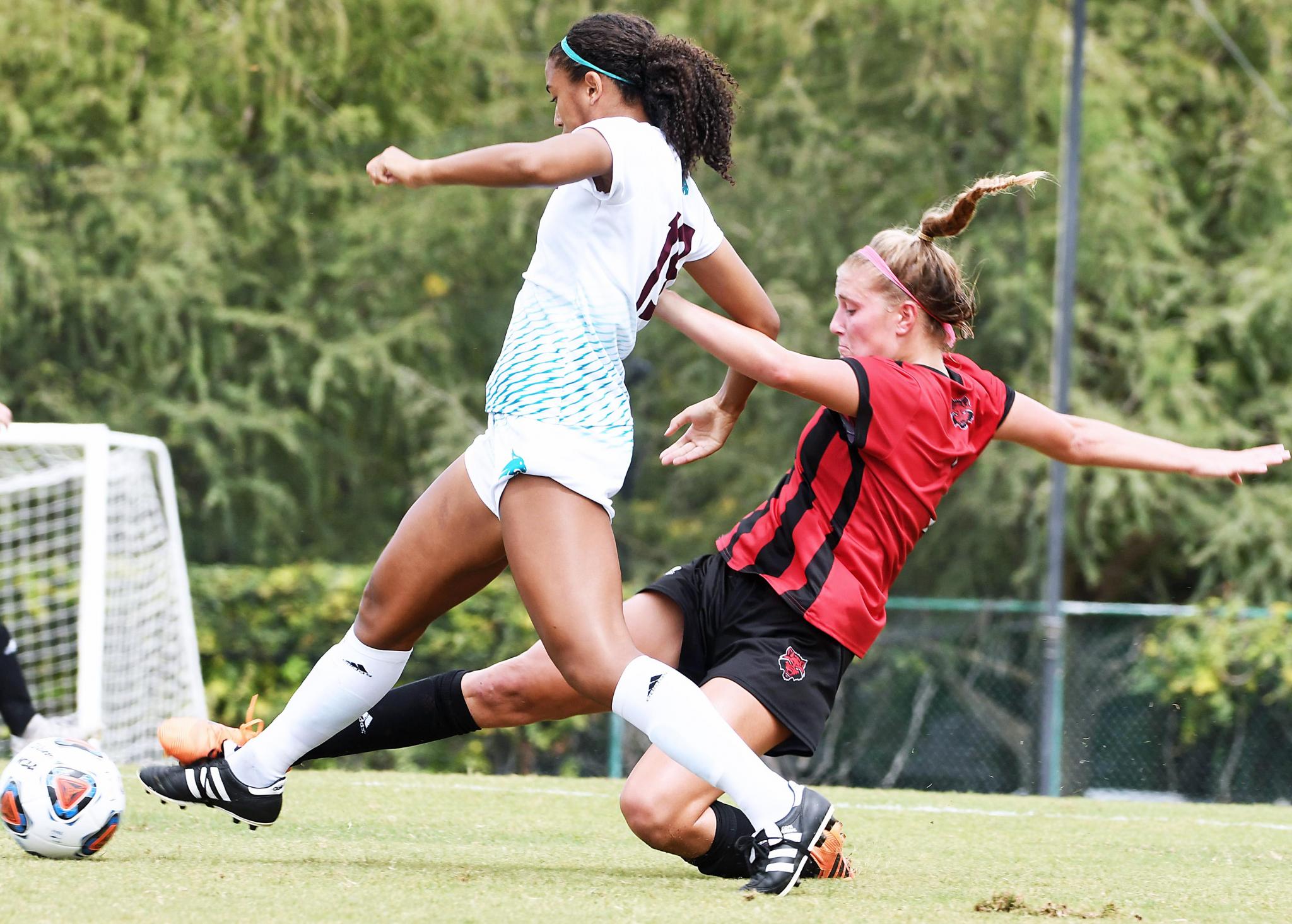 The Bobcats had an opportunity to take an early lead in the sixth minute when senior midfielder/defender Jamie Brown put up a long shot on goal, but it was well defended by App State redshirt junior goalkeeper Taylor Ray.

Junior Kaylee Davis put up another shot on goal in the eighth minute but Ray made the save.

App State had its own opportunity to take a lead following Davis’ shot. The Mountaineers put up a shot toward the left post but Texas State junior goalkeeper Heather Martin prevented the ball from finding the back of the net.

The Bobcats' next chance at goal came at the 22nd minute when freshman forward Kayla Geren sent a good ball through the Mountaineer defense. Geren’s pass, however, couldn’t connect with Davis and Ray swallowed it up to prevent the Bobcats from scoring.

In the 35th minute, Davis placed a cross toward sophomore forward Sydney Kammer but Texas State couldn’t take advantage of the opportunity.

The first chance the Bobcats had in the second half came in the 59th minute when junior midfielder Jordan Kondikoff put up a strong shot that caromed of the crossbar and out of bounds.

Texas State finally scored in the 70th minute when Davis sent a cross inside the box that Ray couldn’t handle. Kammer put up an attempt but it hit a defender. The ball, however, found Turman, who scored to give the Bobcats a 1-0 advantage.

App State nearly equalized in the 79th minute, but Martin made a big save to keep Texas State in front.

The Bobcats held on to pick up the win to remain unbeaten in Sun Belt play.

Kondikoff led Texas State with three shot attempts followed by sophomore Sarah Everett, Brown and Davis, who all put up two shots each.

Martin made five saves against the Mountaineers and recorded her fourth solo shutout of the 2018 campaign. Friday’s shutout was the 10th of her career. Martin became the sixth goalkeeper in Bobcat history to tally double-digit shutouts during a career.