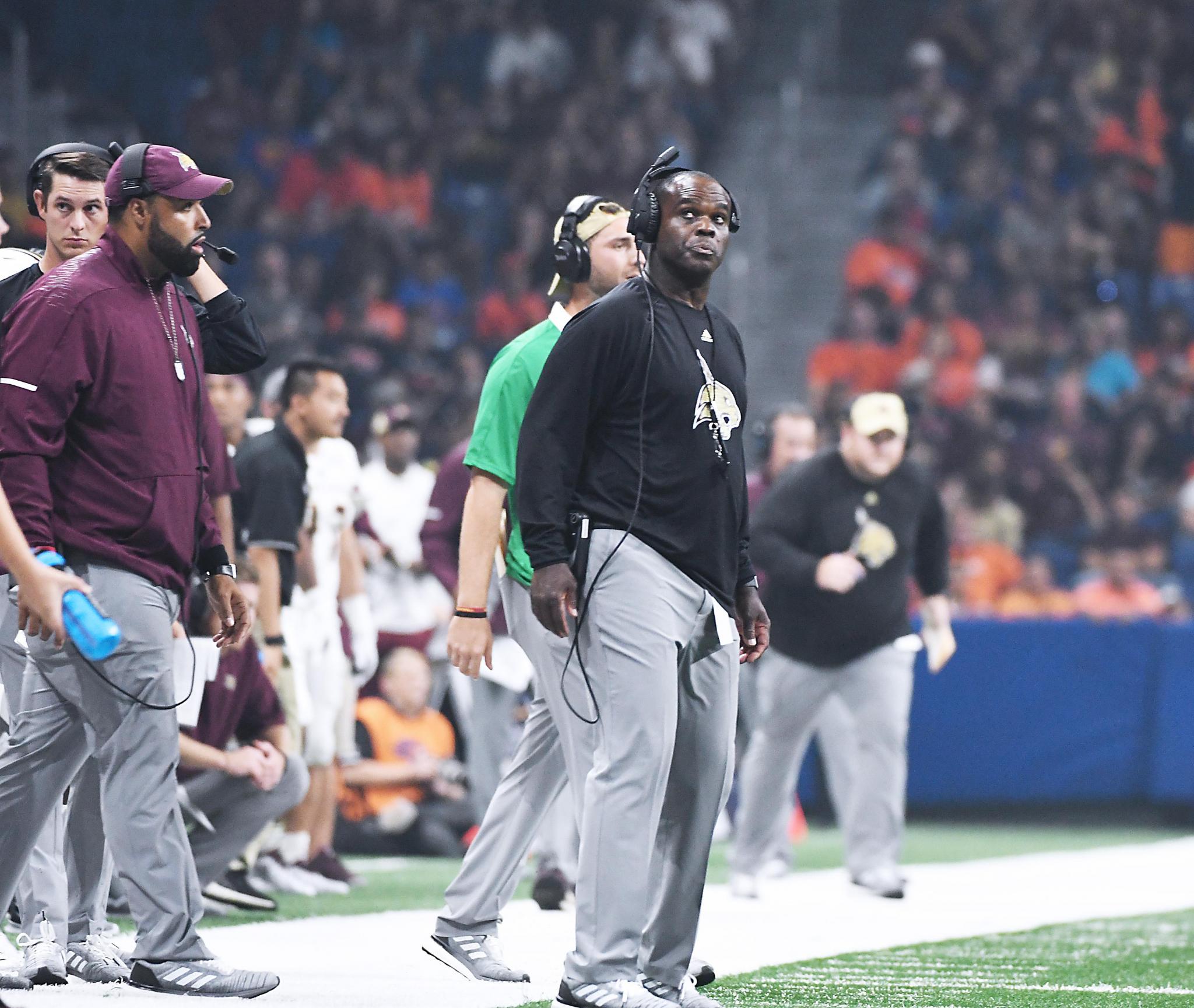 Elliott was a co-offensive coordinator and quarterbacks coach with Withers at James Madison and joined him in the same capacity on his original staff. Elliott left San Marcos after one season to become the quarterbacks coach at Mississippi State, where he called plays during the Bulldogs’ 31-27 win over Louisville in the TaxSlayer Bowl.

Kuhr is in his second season at Texas State. He was co-offensive coordinator in 2017 with former coordinator Parker Fleming, who left for Ohio State to become a quality control coach. Kuhr took over as sole offensive coordinator after Fleming left. Kuhr’s title will now only be running backs coach following Thursday’s official announcement.