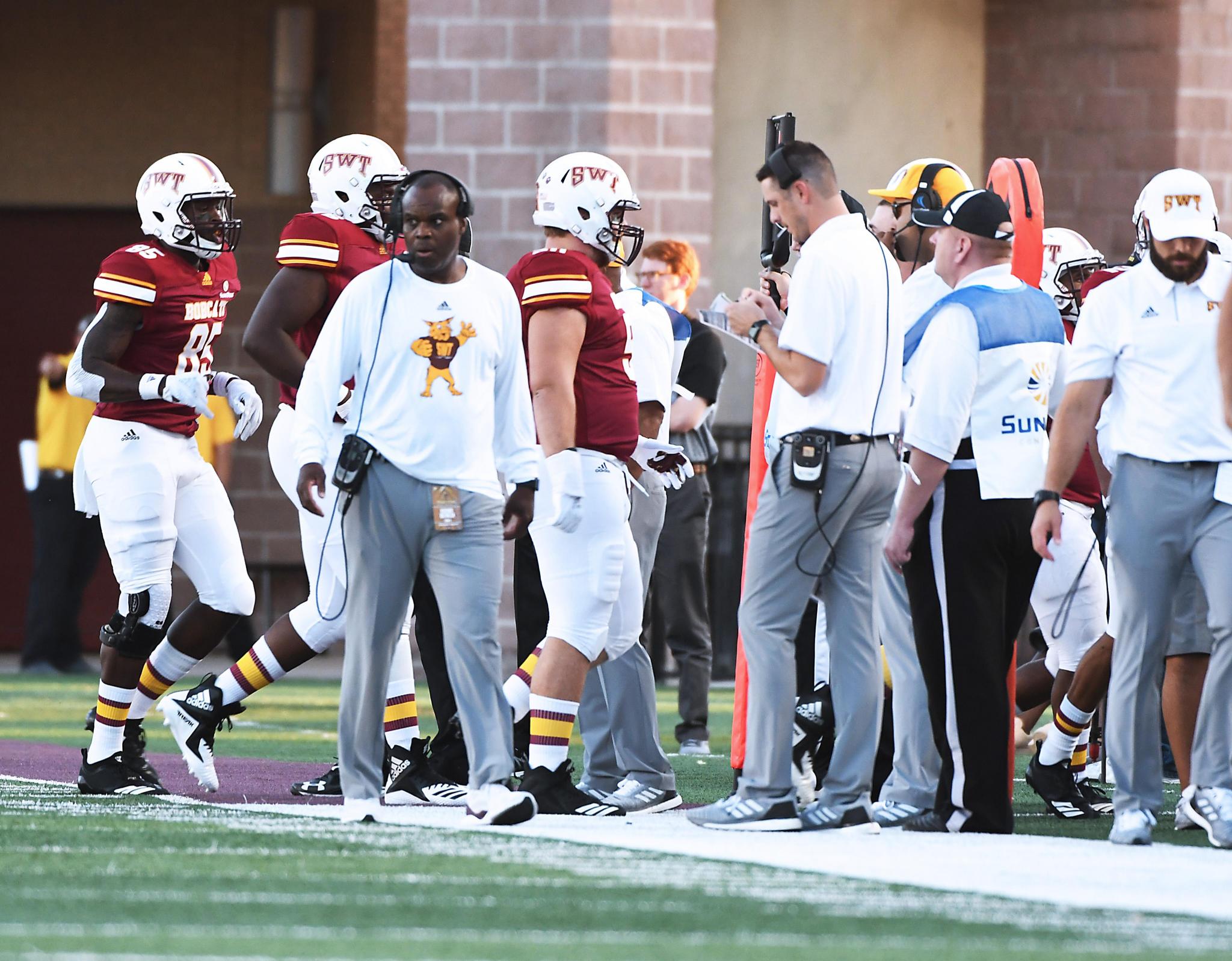 Texas State is on its first winning streak since 2014 after the Bobcats beat Georgia State, 40-31, on Saturday.

But the Bobcats are trying to remain focused on their “one game at a time” mentality.

But claiming their first Sun Belt win of the season felt good for the Bobcats.

“It always feels good coming back with a win,” sophomore quarterback Willie Jones III said. “It just felt good. It was like a relief.”

Texas State (3-6, 1-4 Sun Belt) entered the month knowing how challenging November looked with four teams that played in bowl games last season. The Bobcats were successful during the first week of the month. Now Texas State wants to keep their win streak going despite taking it one game at a time.

“We’d like to be successful in week two, winning our first conference game at home,” Withers said. “That’s a challenge. Obviously, playing a tough Appalachian State team that I consider, and have since I’ve been here, kind of the standard in the conference as far as program development and going from FCS to FBS kind of doing it the way it ought to be done kind of giving the model and the blueprint for schools trying to do that the right way. So, we’re excited about playing them. They had a big victory last week over Coastal (Carolina). So, hopefully, we’re preparing for a tough, physical battle.”

The Bobcats take on Appalachian State (6-2, 4-1) on Saturday at 3 p.m. inside Bobcat Stadium. Texas State understands the difficulties the Mountaineers bring with them to San Marcos.

“It’s a challenge for us defensively,” Withers said. “We’ve got to play a lot better than we played Saturday and I think our kids know that too.”

Jones, the sophomore signal caller from Silsbee, put together a strong performance against the Panthers on Saturday.

Jones completed 21-of-26 passes for 325 yards and two touchdowns. He added 62 rushing yards and a touchdown.

“...You know, what I think you see now from Willie, Willie throws the ball away more now. He doesn’t take very many sacks. He throws the ball away. To me, that’s development in learning how to be a quarterback. I’m proud of what’s happening in that (quarterback) room because I think now we’ve got three quarterbacks that can play college football at the Sun Belt level and be successful.”

Jones said his confidence is high after defeating Georgia State. He said his biggest areas of growth in 2018 are his better understanding of the game, execution and trust in his teammates.

Texas State struggled to run the ball early in the season, but the Bobcats have showed steady growth in the run game over the last few weeks.

In their win over New Mexico State on Oct. 27, the Bobcats ran for 230 yards. Texas State finished with 164 yards on the ground against Georgia State.

Sophomore wide receiver/running back Caleb Twyford led the ground game with 73 yards and a touchdown on eight carries.