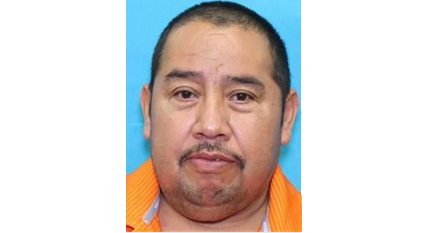 A suspect in a recent aggravated assault was arrested by the San Marcos Police Department after a citizen reported seeing him at a local restaurant, the City of San Marcos announced Friday.

Officials said Trine Pastrano, 49, who had an outstanding warrant for aggravated assault with a deadly weapon, was arrested at approximately 1:40 p.m. on Friday after SMPD received a tip from a San Marcos resident.

The Hays County Sheriff's Office Special Services Division and SMPD’s Criminal Investigation Division coordinated at Pastrano’s reported location after receiving the tip and he was arrested without incident, officials said.

“We’d like to thank our community for their continued vigilance and the Hays County Sheriff’s Office for their assistance with this arrest,” Chief of Police Stan Standridge said in a statement. “Their support was invaluable in locating this suspect and taking him peacefully into custody.”

SMPD began searching for Pastrano in connection with an aggravated assault that occurred at the Classic Inn — 921 North Interstate 35 — on Sunday.

Officials said SMPD responded to a domestic violence incident at the hotel that began as a verbal argument and escalated into a physical altercation. Upon arrival at approximately 3:30 p.m., officers located a victim with serious injuries and immediately began to render aid. The victim was transported to a local hospital for treatment and has since been released, police said.

Pastrano fled the scene on foot before officers arrived.

Pastrano was awaiting processing at the Hays County Jail at the time of publication.