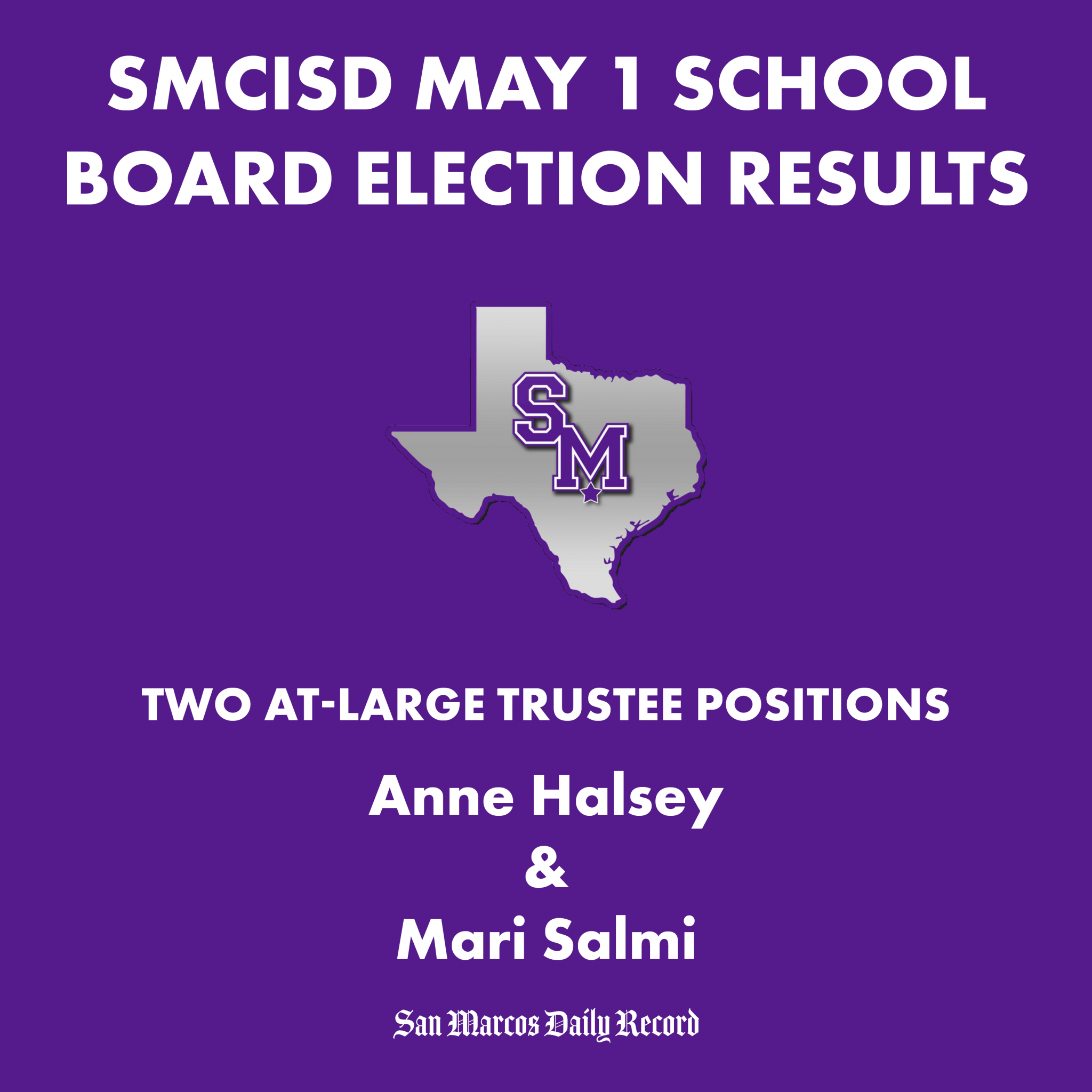 San Marcos Consolidated ISD Trustee Anne Halsey was reelected to her at-large position, and Mari Salmi was voted to the board of trustees during Saturday’s election.

Voters from Hays, Caldwell and Guadalupe counties visited the polls during eight days of early voting and on Election Day to vote for two at-large positions on the SMCISD Board of Trustees. Six candidates were vying for the positions on the board: Andrew Fay, Nicholas “Nico” Costilla, Sylvia DeLeon Muzzy, Roger E. Davis, Halsey and Salmi.

With Saturday’s result, Halsey and Salmi will be seated on the board for three-year terms both ending in May 2024.

Halsey was first elected to the board in May 2015. This will be her third term on the board. Following Saturday's result, Halsey said it's a privilege to serve the students of SMCISD and she's humbled by the trust placed in her by the community.

“I appreciate everyone who was willing serve and who engaged in this critical community conversation about the future of public education in SMTX," Halsey said in a statement. "There are great things going on in SMCISD and I look forward to continuing to work together with the board;  SMCISD teachers, staff, and administration; parents and families; and the community at-large in moving the district forward for the benefit of all of our kids.”

This will mark Salmi's first term as an SMCISD trustee. She said she's honored to be elected to the board.

"I am grateful for everyone who supported me," Salmi said in a statement. "I appreciate all the candidates who took the time and effort to run in this election. I look forward to working to help every student be successful and have the support they need to live happier lives. It’s a great day to be a Rattler."

Halsey and Salmi will be sworn in during the next regular SMCISD board meeting on May 17.