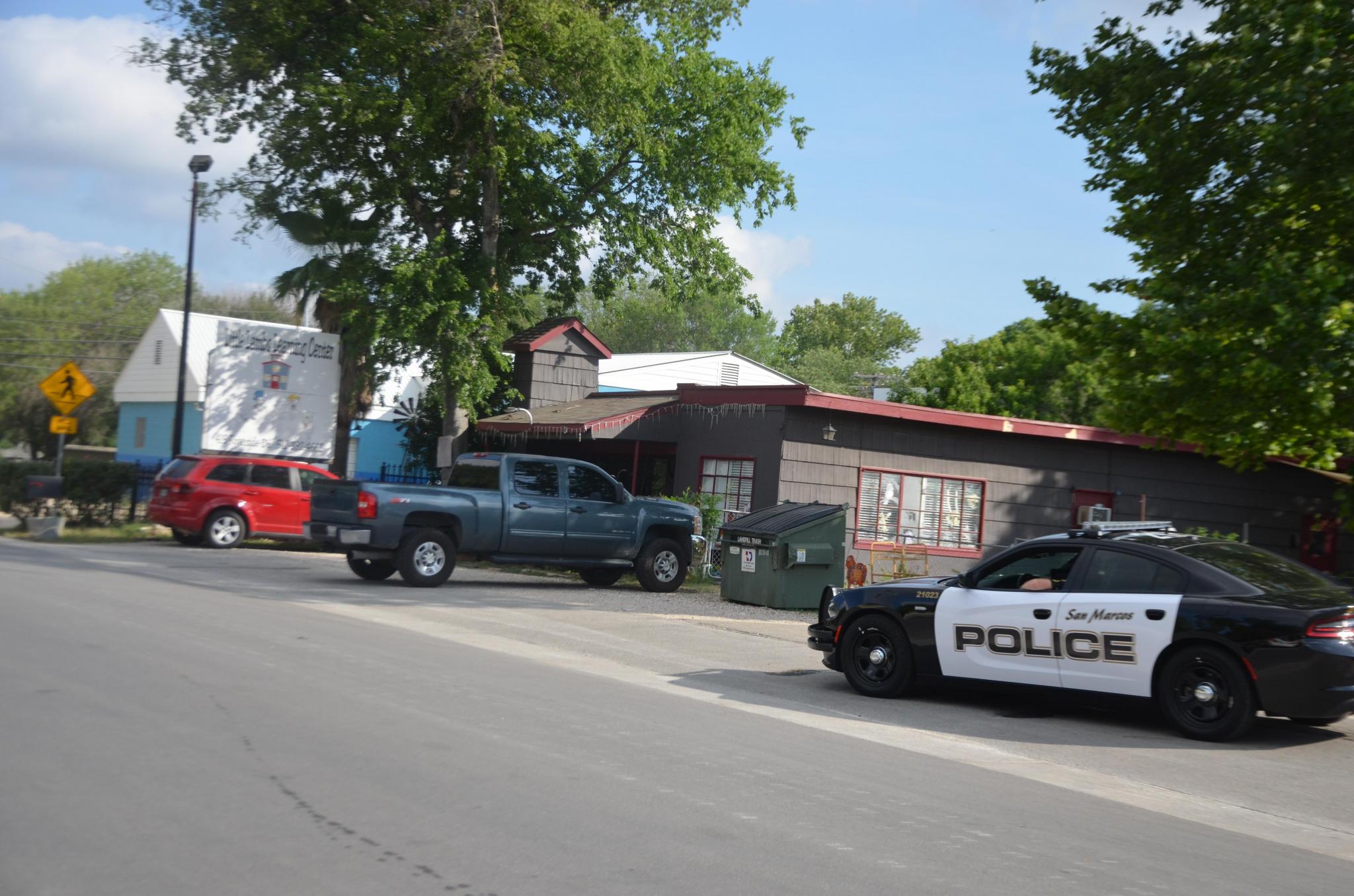 Above, a San Marcos Police Department officer sits outside of Little Lambs Learning Center on Wednesday after police received a threat about possible violence at a daycare in San Marcos. Daily Record photo by Nick Castillo

San Marcos police and Hays County Sheriff’s deputies were present at local daycares Wednesday after an online threat was made against a daycare in San Marcos.

The San Marcos Police Department and Hays County Sheriff’s Office said they were both notified by Crime Stoppers about a tip that an unknown person was going to invoke violence at a daycare in San Marcos. The location of the threat, however, was not specific and police in San Marcos, Calif. and San Marco, Fla. were also notified as a precaution.

Police added that the threat was made toward a “daycare in San Marco” on a video game chat feature. SMPD said its digital forensics detective identified a suspect and they were arrested in Jacksonville, Fla.

“We are now working with our law enforcement partners out of state to continue this investigation,” SMPD said. “We are not aware of any continued threats, and we are confident that our community is safe.”

Prior to an arrest, SMPD immediately sent police officers to establish an armed presence at all known daycares in its area that are registered with the state of Texas.

Officials said the threat didn’t name a specific daycare facility or location. Following the arrest, police removed its armed presence from local daycares. The identity of the suspect was not released at press time.