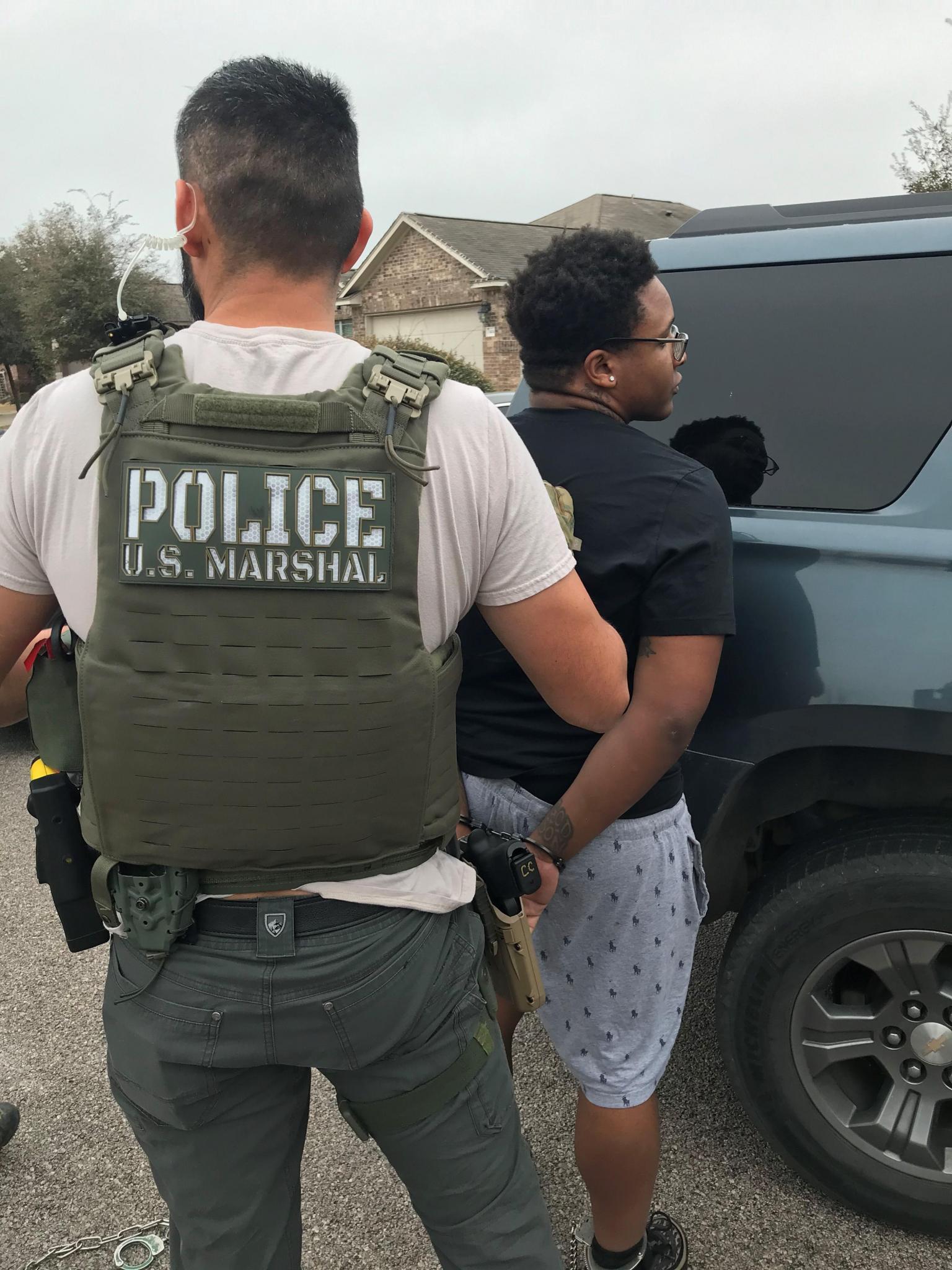 A Manor man was recently arrested in connection with the murder of Texas State football player Khambrail Winters.

Officials said Williams was wanted in the Nov. 24 shooting that occurred at The Lodge apartments — 1975 Aquarena Springs Dr.

At the time of the incident, the San Marcos Police Department responded to The Lodge for calls of gunshots on the evening of Nov. 24. SMPD stated that multiple callers reported individuals running from the area in addition to the gunshots being heard.

SMPD stated that detectives arrived on scene to assist, where they identified and interviewed several witnesses and involved persons. Detectives discovered that Winters and two other individuals, Enalisa Blackman and Michael Ifeanacho, planned to buy drugs, police said. The drug deal was set up at the apartment complex where Blackman met two individuals to purchase a couple of ounces marijuana, officials added.

SMPD said Winters was shot and died on scene during the drug deal. Blackman, 20, and Ifeanacho, 20, were arrested and charged with capital murder.

A fugitive investigation was conducted by members of the task force, officials said, adding that Williams was possibly in the greater Austin area. The task force continued gathering information on his whereabouts and initiated surveillance on Indian Oak Bend in Manor.

Williams was observed and later arrested without incident, officials said. Williams is charged with tampering with physical evidence by intentionally and knowingly destroying or concealing the firearm used to kill Winters, according to an arrest affidavit.

Williams was transported and booked into the Travis County Jail where he will await a judicial proceeding and extradition to Hays County.

Khambrail was the son of Kevin Winters and Esther Goffney and graduated from Houston Alief Taylor High School in 2019. He was listed as a two-star prospect by 247 Sports, earning All-District 23-6A First Team honors as a junior and senior before committing to Texas State. “Kham,” as his teammates called him, started nine games at cornerback as a true freshman and was a 2019 Honorable Mention All-Sun Belt Conference selection. Khambrail tore his ACL prior to the 2020 season, keeping him sidelined for the year.

Winters’ death was the third homicide in San Marcos in 2020.