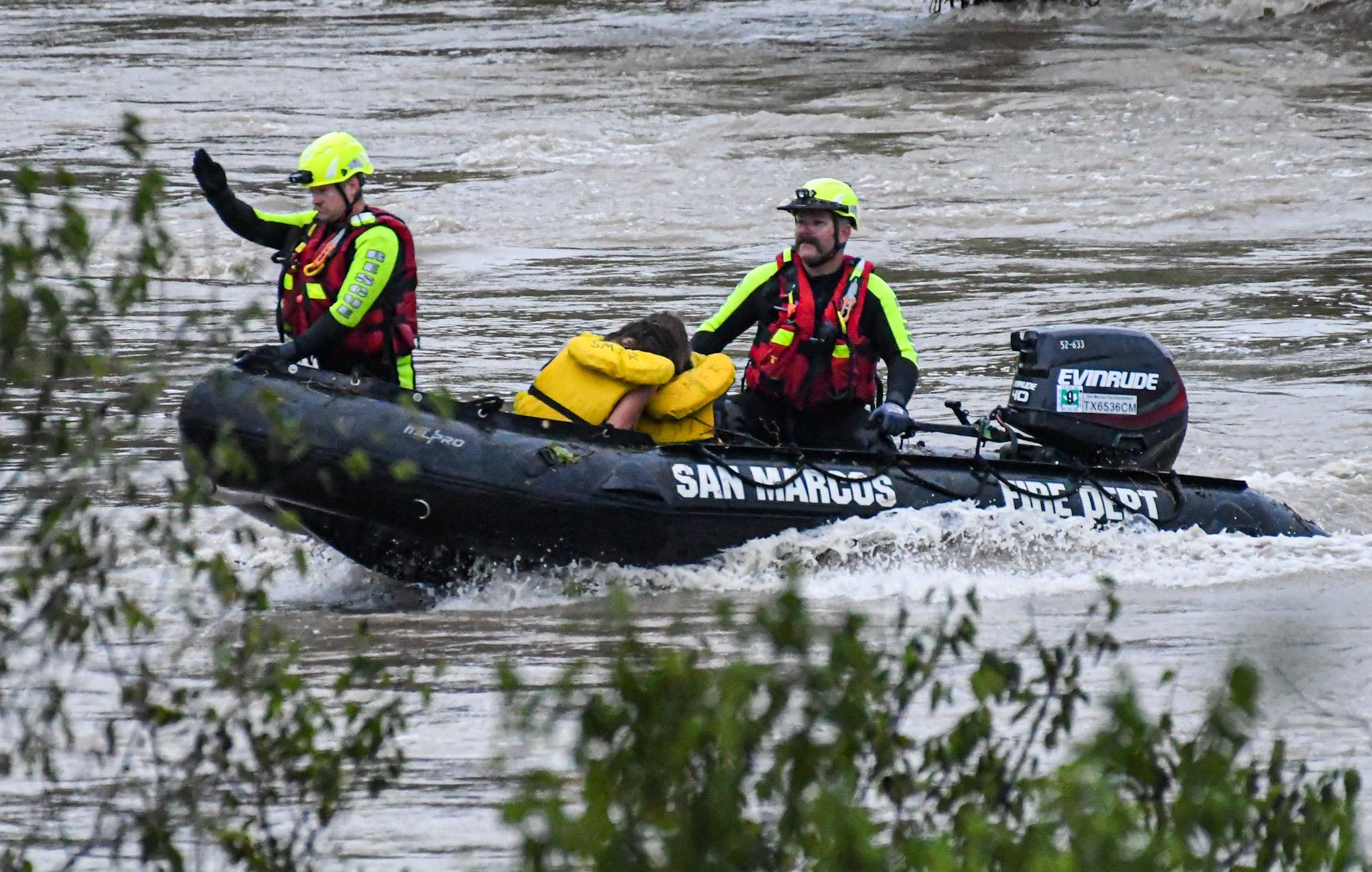 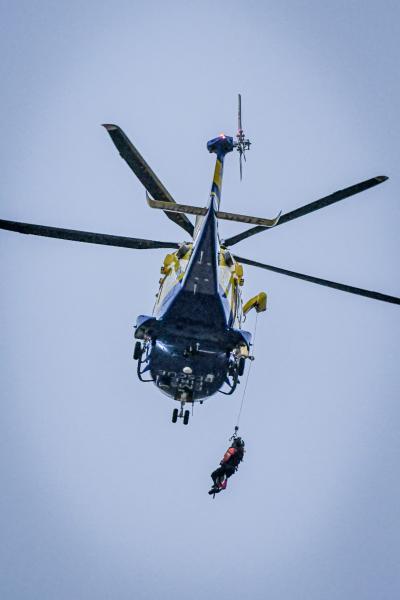 “The San Marcos Fire Department wishes to extend our appreciation to the numerous street department crews and San Marcos Police Department officers for their efforts overnight that undoubtedly prevented numerous other rescue situations,” Stephens said in an email.

Emergency crews were first dispatched to 300 North Interstate 35 at approximately 1:30 a.m. on Thursday. SMPD located two individuals clinging to a tree in fast-moving water east of the access road near the Freddy’s Frozen Custard & Steakburgers restaurant. SMFD’s Truck 3 was set up and an aerial extension reached out approximately 75 feet to reach the individuals. Stephens said the pair’s vehicle was swept away in water, they then exited the vehicle and were able to cling to the tree before first responders arrived.

Stephens said crews were later dispatched to 1300 State Highway 80 at approximately 5:37 a.m. for a report that six people were in the area and in need of rescue from the Blanco River. SMFD deployed two Zodiac swift-water rescue boats to locate and remove five of the six victims. Stephens added the sixth victim reportedly had a serious injury to his foot or ankle sustained prior to Thursday morning’s flooding. The victim was located by SMFD personnel and hoisted to safety by STAR Flight helicopter. Stephens said all who were rescued refused EMS care and transport. Several, however, were transported to a local shelter for additional assistance. Two dogs who belonged to the victims were also located and safely rescued.

Stephens said a seventh person in need of rescue was initially reported, however, it was later determined that the individual left the area before the flooding event. The individual was located unharmed.

According to the National Weather Service, San Marcos saw between four and seven inches of rain overnight, including 7.37 inches of rain recorded in one area.