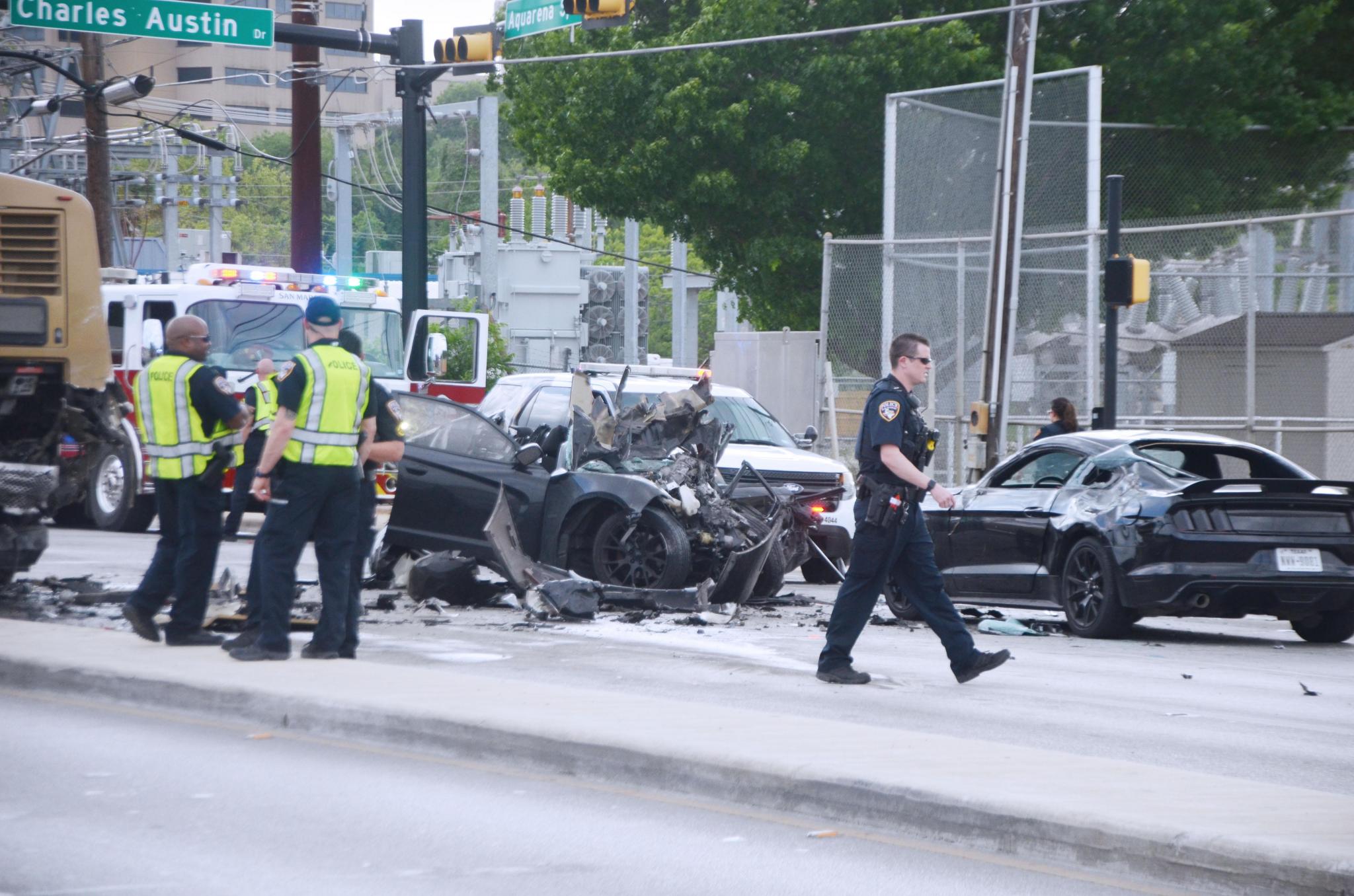 A 16-year-old has died following a major crash that occurred near Texas State University on Friday, a City of San Marcos spokesperson confirmed.

Addison Harley, who was among two people transported to Ascension Seton Hays hospital in Kyle, died after the collision. An autopsy has been ordered, the spokesperson said.

Initial reports indicate that a black Dodge Charger was traveling westbound on Aquarena Springs Drive when it hit the back of a Texas State bus that was stopped at a red light waiting to turn left onto Charles Austin. After the Charger hit the bus, it then spun and struck a Ford Mustang that was also waiting at the light.

The sole occupant of the Mustang and 12 occupants on the university bus were not transported to the hospital following the crash, officials said.

According to a GoFundMe set up by Harley’s family, he suffered a seizure prior to the accident, which caused him to step on the gas pedal.

“[Harley] was unresponsive on the way to the hospital and his heart stopped multiple times,” the GoFundMe states.

Police said the investigation into Friday’s accident is ongoing.