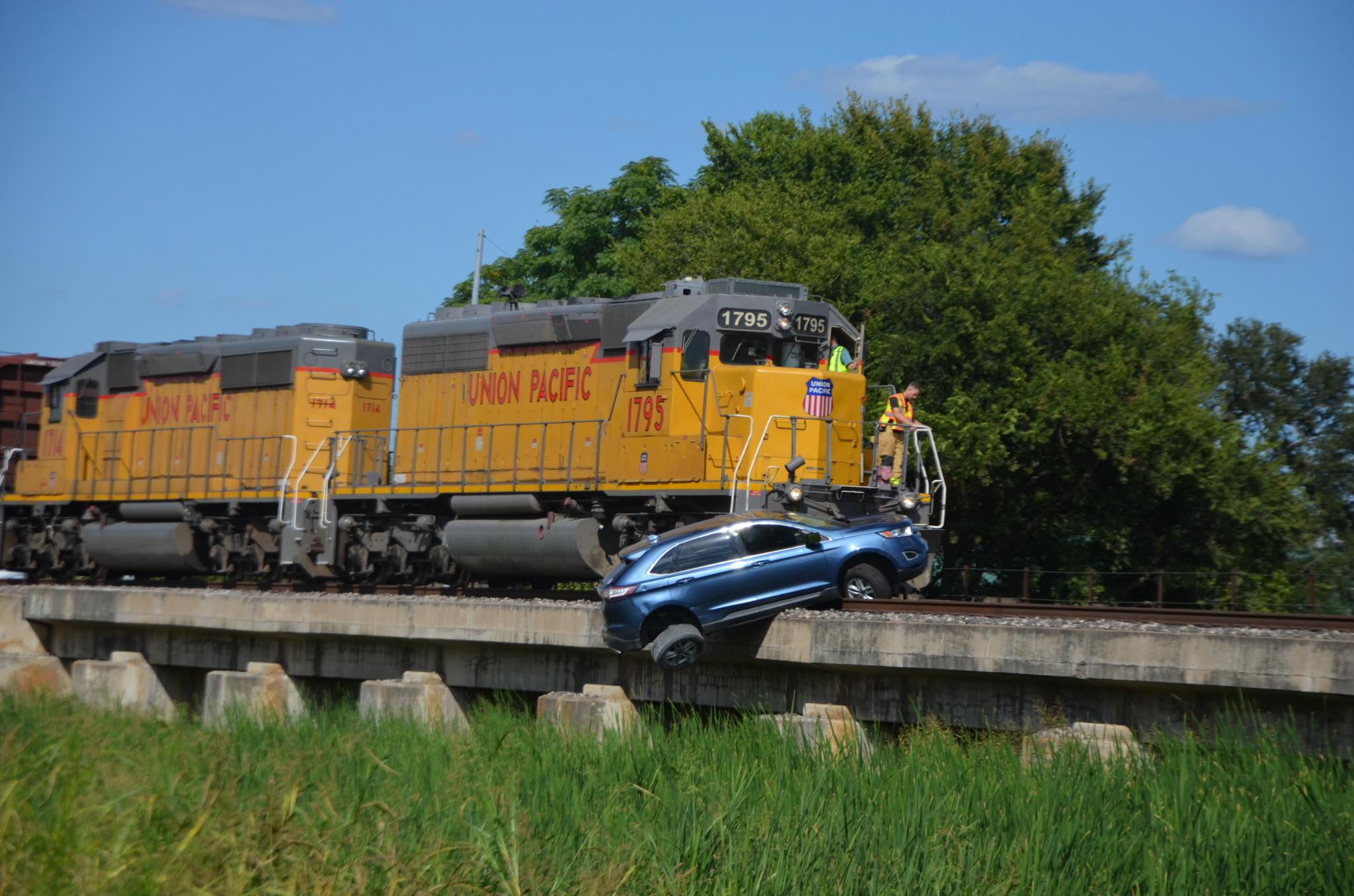 A train collided with a blue SUV on Thursday on South Guadalupe Street near the intersection of Martin Luther King Drive. San Marcos Police reported no critical injuries in the accident. Daily Record photo by Nick Castillo

Traffic was gridlocked throughout San Marcos on Thursday after a train struck an automobile.

As a second train approached, the crossing barriers lowered and blocked the SUV from escaping the train’s impact. The Ford Explorer was hit by the train and pushed several feet over an overhang. Neither person in the SUV was critically injured and both walked away from the accident after EMS checked on them at the scene, SMPD said.

“We’d like to remind everyone that drives in San Marcos that it is never a good idea to stop on train tracks in traffic, even if only for a moment,” SMPD said in a statement. “Wait on one side of the train barriers until the space is cleared on the other side before proceeding with your commute. We are all extremely thankful that no injuries were sustained in this accident.”

Several intersections were closed for about three hours after the collision, including those on Guadalupe St., LBJ Dr., CM Allen Pkwy, and Hopkins St. Union Pacific Railroad and SMPD dislodged the car from the front of the train and roads were reopened to traffic at approximately 6:20 p.m.