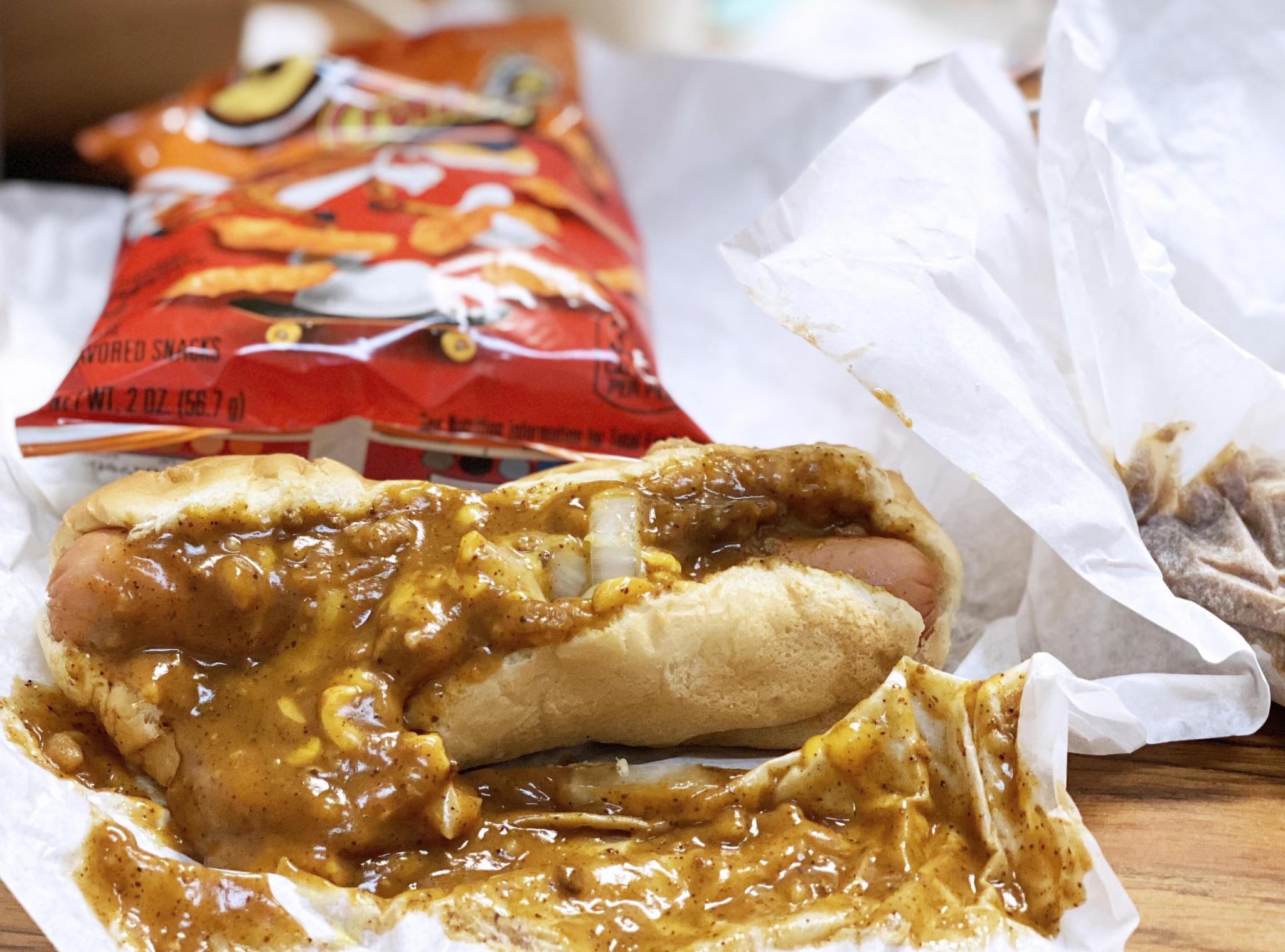 Above, a chili dog "all the way" from Chili Dog Stand, which came with an all-beef frank topped with homemade San Marcos chili, onions and cheese added alongside a bag of Cheetos. Daily Record photo by Nick Castillo

Sitting at the corner of Patton and Invasion streets there’s Chili Dog Stand. The stand has been around since the 1950s but was moved to its current spot in 1984.

“Presently, the Chili Dog Stand still thrives under the principles of its early beginnings; frugality and a great homemade product,” the restaurant says on its website.

According to its history, the Chili Dog Stand began in the summer of 1952 by Dawson Wilson Tabor and his wife Mabel Juanita Tabor. The business started with a bank loan of $100 in a partially constructed building near the corner of South LBJ and East San Antonio Street. The eatery later moved to the east side of Guadalupe Street in between East San Antonio Street and East Martin Luther King Drive.

The restaurant said at the time of its creation that chili dogs were sold for just fifteen cents each or two for a quarter and eight for $1.

“Mr. Tabor had been a cook in the military during WWI and used what he learned to create the signature chili recipe,” the restaurant says. “... As the business grew, the Tabors put every penny back into the business. With success and thrifty savings they were able to retire 10 years later and sell the business to their son, Robert Tabor.”

Robert moved the Chili Dog Stand to the corner of North Edward Gary Street and University Boulevard. Robert, who lived in Tyler, entrusted management of the business to Tony Garza, who later acquired the business in the 1970s and moved the stand to its current location in 1984. Garza retired in 2003 and Idalia Garza took over direction of the stand until 2012 when Gabriel Garza assumed claim to the Chili Dog Stand.

The chili dog “all the way” comes with a classic all-meat frank served with a layer of mustard, onions and homemade San Marcos chili on a steamed bun.

On our visit to Chili Dog Stand, my dining companion and I both went with the lunch special, which came with two chili dogs “all the way,” a bag of chips and a regular fountain drink. I added cheese to my chili dog for an additional flavor.

The chili at Chili Dog Stand is excellent. It is nice and meaty and adds perfectly to the hot dog. My wallet welcomed these meals at a very affordable price of $12.80 for both deals.

If you’re not in the mood for a chili dog, consider sampling the Frito chili pie, which comes with Frito's smothered in homemade chili sauce and topped with mustard and onions. You can add cheese to complete the Texas style chili pie.

Chili Dog Stand also has the special trim beef taco served with slow cooked 100% trim beef with fajita seasoning and topped with pico de gallo and guacamole wrapped in a warm tortilla. You can also try the sausage wrap, which comes with either a regular or jalapeno pork-beef mixed sausage wrapped in a flour tortilla dressed with mustard and onions.

Chili Dog Stand offers assorted chips, pickles and whole jalapenos on the side for an additional cost.

The restaurant is open from 11 a.m. until 8 p.m. Monday through Saturday. The stand is closed on Sundays.