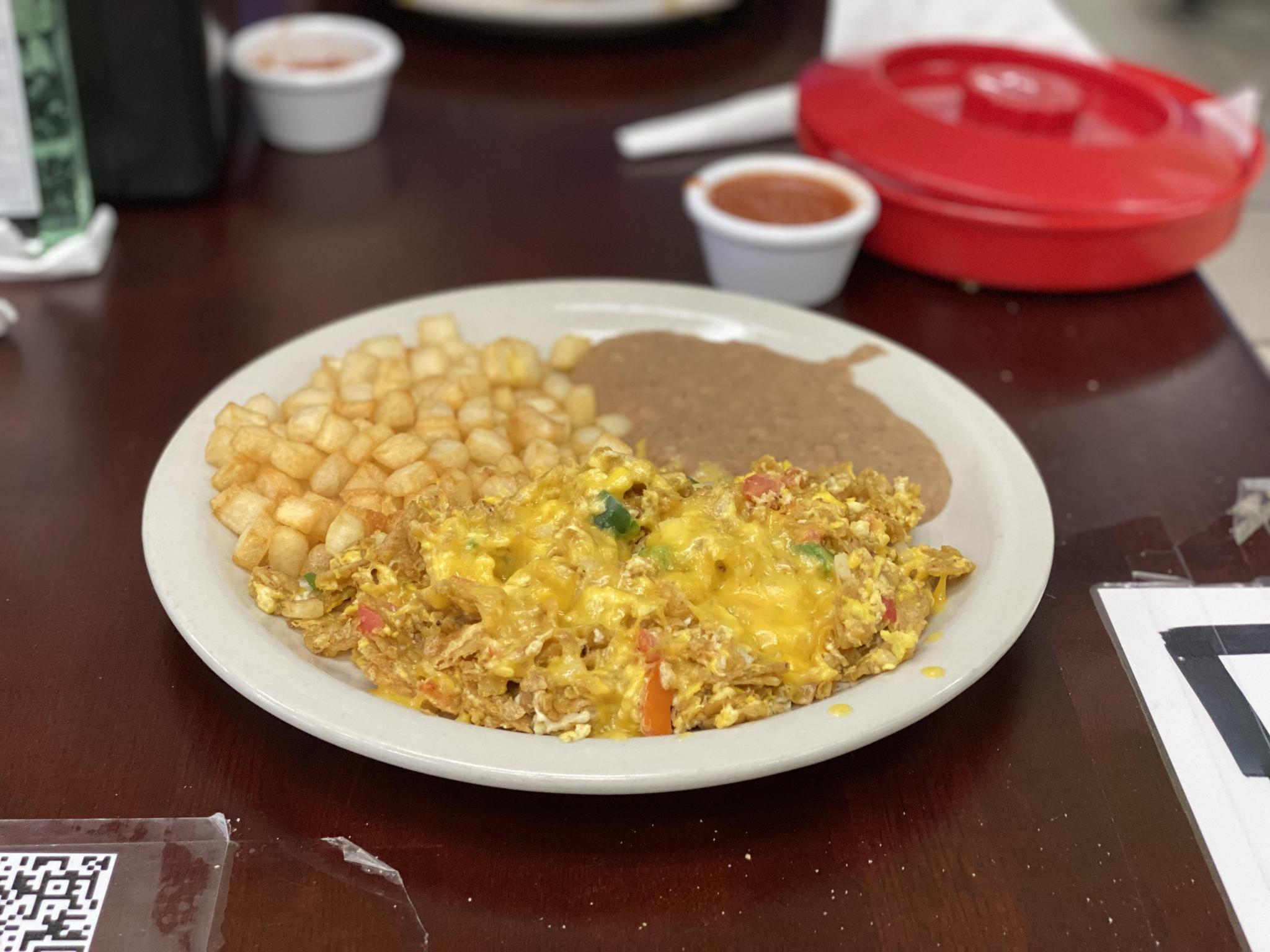 In a quest to expand our horizons beyond San Marcos, this week’s Foodie Friday took us to Wimberley where we sampled Durango’s Mexican Restaurant.

Between the enchiladas, burritos, burgers, barbacoa, carne guisada and other delectable menu options, it’s easy to find a delicious choice to chow down on.

During our visit, both me and my dining partner had to try our usual favorites.

I went with Durango’s migas plate, which came with two scrambled eggs combined with corn chips, onions, tomatoes and jalapenos topped with cheese served with beans, potatoes and two homemade flour tortillas. The migas were nice and cheesy with a nice kick from the jalapenos. Add an extra spice with the restaurant’s salsa on top of the migas. The beans and potatoes were both good compliments to the meal, which came out to $6.99.

If you’ve learned one thing reading these Foodie Friday features, my dining companion can never turn down a good enchilada. During this visit to Durango’s, he went with the enchilada plate — two beef enchiladas topped with chile con queso, rice and beans. This was a satisfying lunch selection that only came out to $7.99. 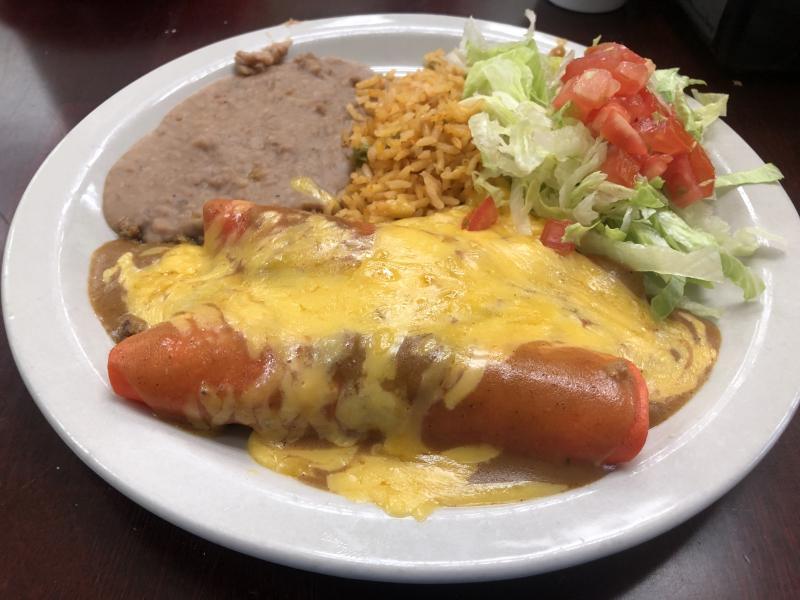 Durango’s has plenty of options if migas or enchiladas aren’t your style. Looking for different breakfast options? This Wimberley eatery has them. Try the huevos rancheros — two eggs any style topped with ranchero sauce, your choice of bacon or sausage, beans, potatoes and two homemade tortillas for $6.49. Durango’s also offers huevos a la Mexicana, a steak ranchero breakfast, a pork chop plate, omelet plate and scrambled egg plate. All these selections come with beans, potatoes and two tortillas; and are priced between $6.49 and $8.99.

The restaurant also has a chilaquiles plate ($5.99), which comes with corn tortillas lightly fried with salsa and Mexican cheese, and a special plate — one egg topped with green salsa and one egg topped with melted cheese with bacon or sausage ($7.49) — both meals are served with beans, potatoes and two tortillas.

Maybe you’re in the mood for lunch or dinner?

Durango’s has several burrito options, including a Texan burrito — the restaurant’s signature burrito made with a homemade tortilla and stuffed with picadillo and topped with enchilada sauce and cheese — served as a regular options with rice and beans added inside the burrito for $5.99, or the deluxe, which comes with beans and rice inside the burrito and lettuce and tomatoes added on top for $6.99.

Feeling hungry? Try the deluxe combo, which comes with one enchilada, one chalupa, one crispy taco with your choice of meat on each for $8.99.

Durango’s Mexican Restaurant is located at 401 FM 2325 in Wimberley.

The restaurant is open Tuesday-Saturday from 7 a.m. until 7 p.m. and Sundays between 8 a.m. and 2 p.m. Durango’s is closed on Mondays.