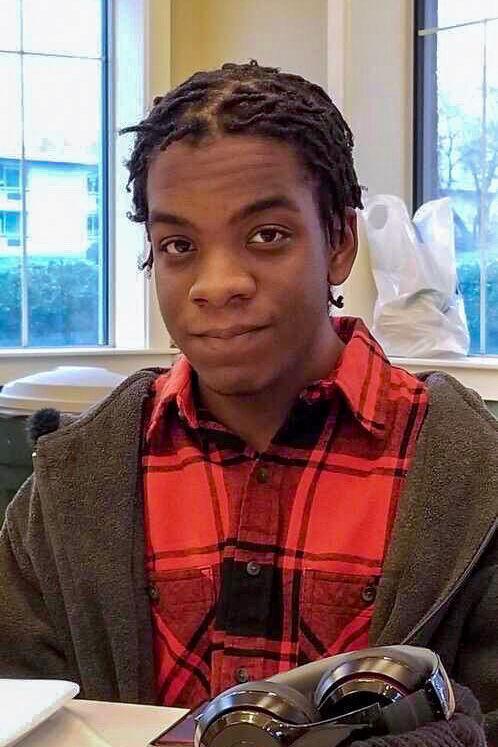 A Texas State University student was critically injured during a protest in Austin on Sunday.

The injured person has been identified as Justin Howell, according to university President Denise Trauth. Howell, 20, is a Texas State student from San Antonio who is pursuing a degree in political science.

“Black Lives Matter,” Trauth said in a message to students, faculty and staff. “It is not debatable at Texas State. Justin Howell's life matters. Black lives matter in our classrooms, on our campuses, and in the streets during tumultuous protests. They matter every moment of every day, no exceptions, no debate. I am committed to the struggle for their dignity, humanity, rights, voice and safety.”

In a media briefing, Austin Police Department Chief Brian Manley said police video shows Justin Howell, who was standing near APD Headquarters, standing next to a man who threw a water bottle and his backpack toward police at around 11 p.m. on Sunday.

Manley said an officer fired a “less-lethal” munition at the man who hurled the backpack but instead Howell was struck in the head.

“(Howell) then fell to the ground,” Manley said. “A crowd of protesters picked him up and carried him under the eighth street bridge across the street from police headquarters. I believe they realized the severity of the injuries and they were talking to officers about him needing medical help. They were giving direction to bring him to the officers and as is being widely-reported and as is currently under review, it’s reported that they were fired upon with ‘less-lethal’ munitions as they brought this victim toward the officers to get him medical help.”

Video captured on Twitter shows APD officers firing multiple shots of the ‘less-lethal’ munitions as Howell was being carried toward police headquarters.

A person carrying Howell was struck in the hand by an “impact munition.” Howell was taken to a local hospital. Manley said APD immediately began an investigation into the incident and is ongoing.

Howell suffered a fractured skull and has brain damage, according to The Battalion,  Texas A&M's student newspaper, where Howell's brother, Joshua, works as its opinion editor.

“We are praying for this young man and his family, and we’re hoping that his condition improves quickly,” Manley said.

State Rep. Erin Zwiener  said Howell was exercising his first amendment right to demonstrate and didn't deserve to be shot in the head.

“I am horrified at what I saw on the video, and it raises serious questions about the actions of the Austin Police Department,” Zwiener said. “Firing 'less lethal' rounds indiscriminately into a crowd is never acceptable, and a young man is fighting for his life because of their poor judgment. Our police officers should not behave like they’re in a combat zone and Americans are the enemy.”

Protests in Austin were among those taking place nationwide following the death of George Floyd, a Black man who was killed when Minneapolis police officer Derek Chauvin kneeled on his neck for nearly nine minutes on May 25. Chauvin was fired from the Minneapolis Police Department and has been charged with third-degree murder and second-degree manslaughter. Three officers — Tou Thao, J. Alexander Kueng and Thomas Lane — who were at the scene of Floyd’s death were also fired. According to the Minneapolis Star-Tribune, Minnesota Attorney General Keith Ellison elevated the charges against Chauvin and added charges of aiding and abetting murder against the other officers.

Protesters in Austin have also demonstrated for justice for Micheal Ramos, an unarmed black man who was shot to death by APD in late April. A demonstration was held in San Marcos on the steps of the Hays County Historic Courthouse on Friday, where protesters sought justice for Floyd and Breonna Taylor — a Louisville woman who was killed in her home by police officers who were attempting to execute a search warrant.

Howell is currently in critical condition and his family is asking for privacy, according to The Battalion.

A GoFundMe has been established for Howell, which as raised over $45,000 with over 1,900 people donating to the fund.