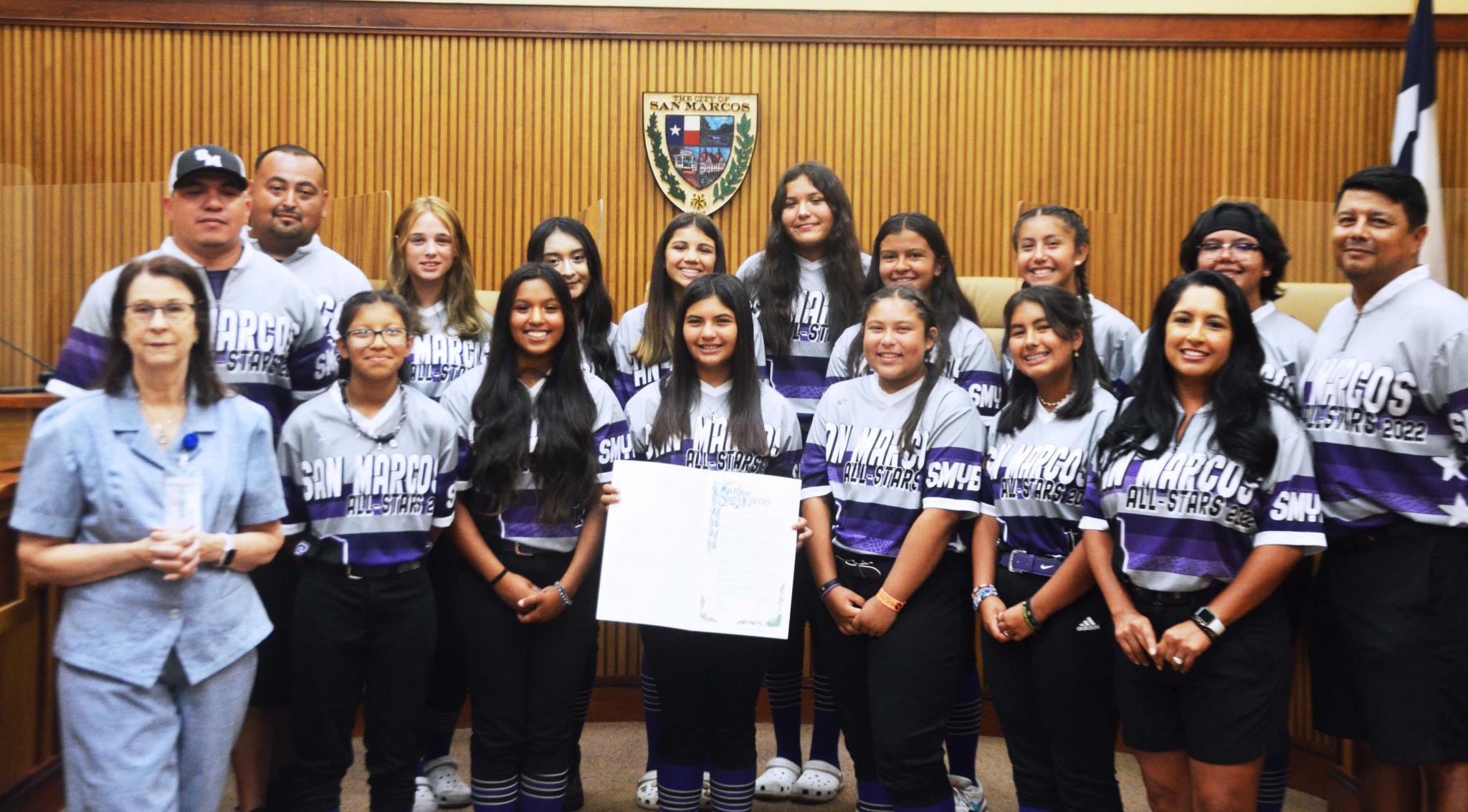 “It’s been a long season,” coach Roland Nunez said during Tuesday’s proclamation event at San Marcos City Hall. “It started at the end of February, beginning of March with these young athletes … It was a challenging year for them but this group united once the season was over. We united and we selected the best of the best and that’s what we have here. Us, as coaches, we couldn’t be more proud of these girls. They worked their butts off, along with the parents and the sacrifices that were made.”

According to the proclamation, this marks the first time in more than 23 years of San Marcos Youth Baseball & Softball Association that the 12U Rattlers Softball All-Star team won the regional championship.

With the championship win, the team will now play in the 2022 Girls Fastpitch World Series in Laredo for the first time in association history.

“The residents of the City of San Marcos are encouraged to support the San Marcos Youth Baseball & Softball Association 12-U Rattlers Softball All-Star team, as they go forward in their quest for victory when they play in the World Series,” the proclamations says.

“I would like to say how proud I am of y’all because I know you have worked hard — The coaches have, the families are certainly participants in this process,” Hughson said. “So, thank you all for putting San Marcos on the softball map. We look forward to your return.”

Roland Nunez said the team hopes to make the city proud when they play in the World Series, which takes place on July 12-16.

“We want to bring home a championship,” he said.