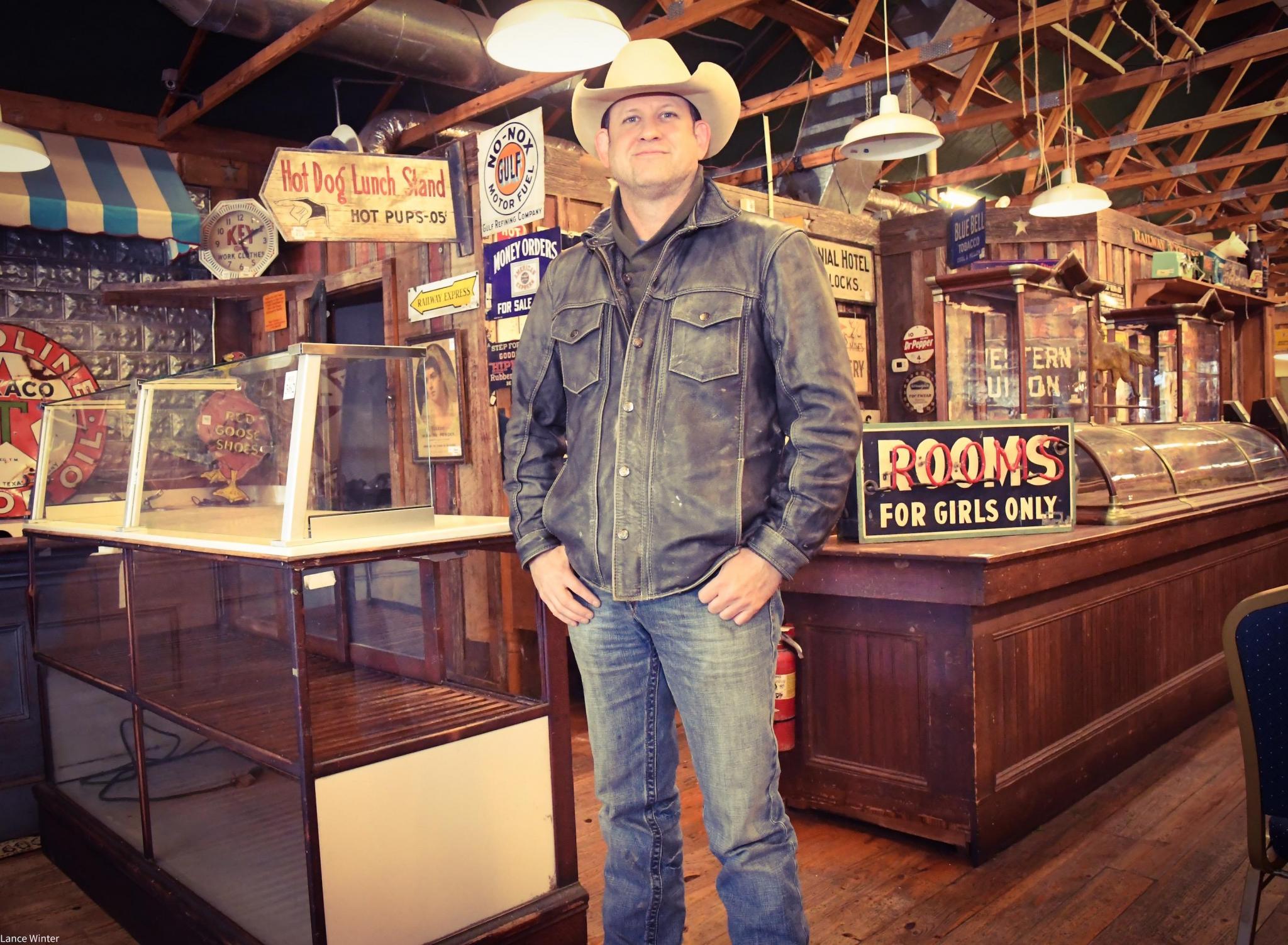 Auction of a lifetime

The local restaurant, bakery and boutique known for its burgers will hold an auction to sell old signs, advertising and antiques.

For Robb Burley, head auctioneer of Burley Auction Gallery, Saturday will be personal. Burley says he learned about antiques from Centerpoint founder J. Garland Warren, who died on May 3, 2010.

“I came in here to eat before I was in the auction business, long before I was in the auction business,” Burley said. “I used to come in here and look at the signs and everything and I learned a lot from Garland. I learned what was good by looking at his collection and talking to him and especially on the painted furniture and stuff because some of the stuff is early, I mean it's 1718 - 1830s time period.” 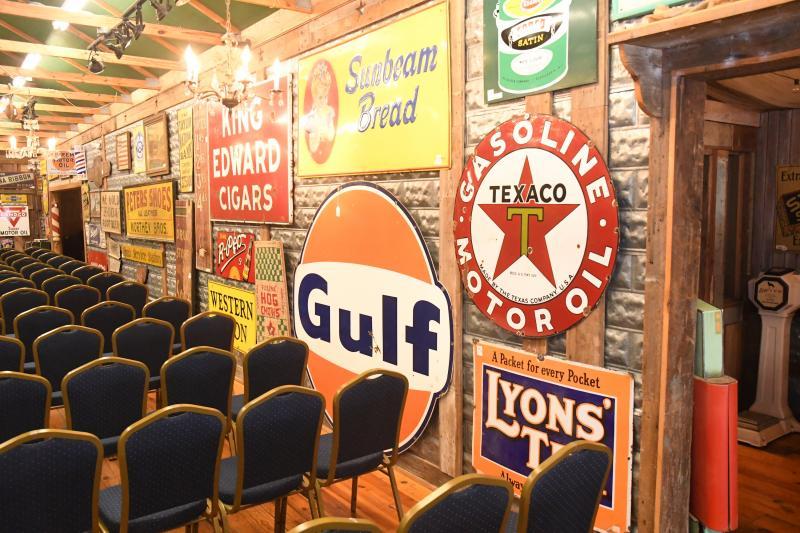 Centerpoint Station opened its doors in 1993. Cheryl Cuppetilli, Warren’s daughter, said the family bought the land and knew when the timing was right it would be a good place to develop. The family agreed to run the store, adding burgers along the way. Eventually, it grew more popular and added onto the original building.

“I think hands down people loved the atmosphere that the store provided,”  said Cuppetilli, who co-owned Centerpoint with her brother Blair Warren. “It kind of provided a kind of yesteryear, old Americana feel. It brought back a lot of memories for people. And the food, it was definitely the most popular burger, I think, for many people. I think many people would agree that we had a really good food."

Centerpoint Station announced its closing in November after nearly 27 years in business with the doors shutting in late December.

“Through the years, I think it had become a popular stop for people traveling, people meeting one another between Austin and San Antonio, family events, and so forth,” Cuppetilli said. “It was quite humbling when we announced that it was just the right time to close for the family. It was humbling to see records of people come out and come to the store and want to get that last meal, and all the stories that they shared online and with us in person was touching. It really helps me learn just how special Centerpoint Station was to people because they had had family experiences and made memories.” 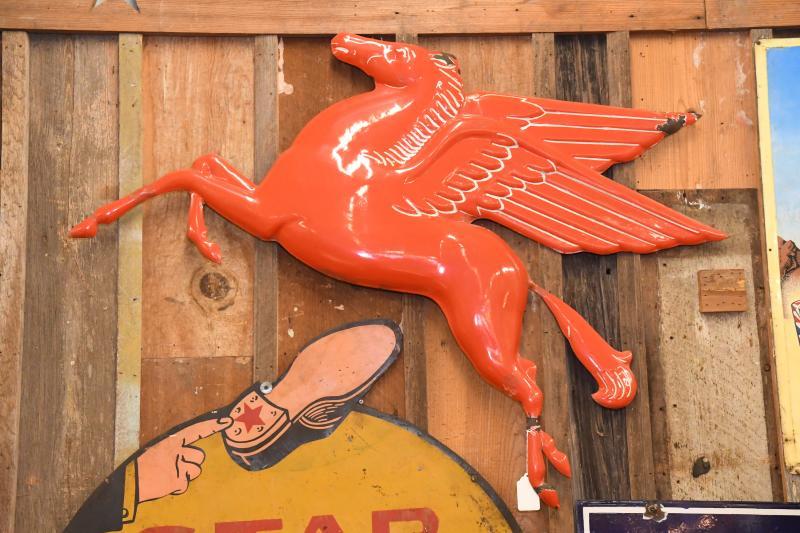 Items from Centerpoint Station founder J. Garland Warren's collection are set for an auction on Saturday. 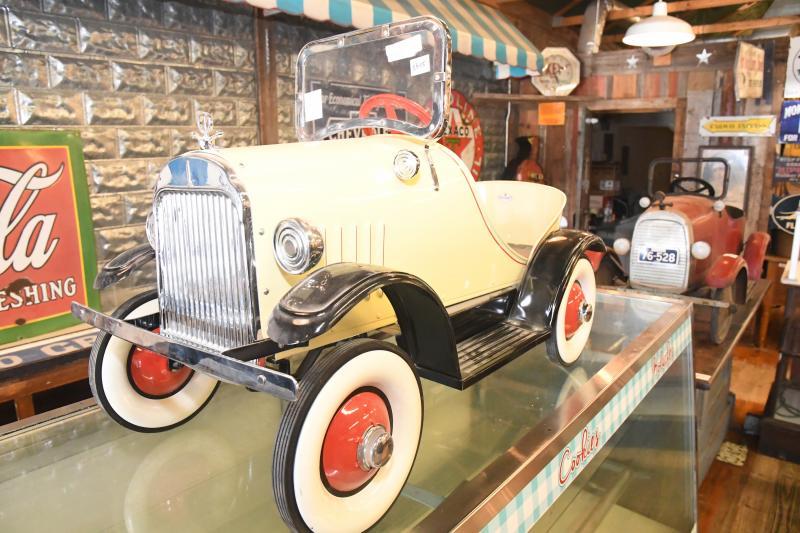 Burley says he expects to be calling Saturday’s auction for 8 hours with at least 750 items set to be sold.

“This is a guy's lifelong collection and he's a local guy,” Burley said. “This is going to have much more of a personal tie. People came in here to eat and saw this sign and plus people knew Garland. So I think it's a much more personal thing than a normal sale, and it's very seldom you see this size of collection from just one person coming to market. It doesn't happen very often.”