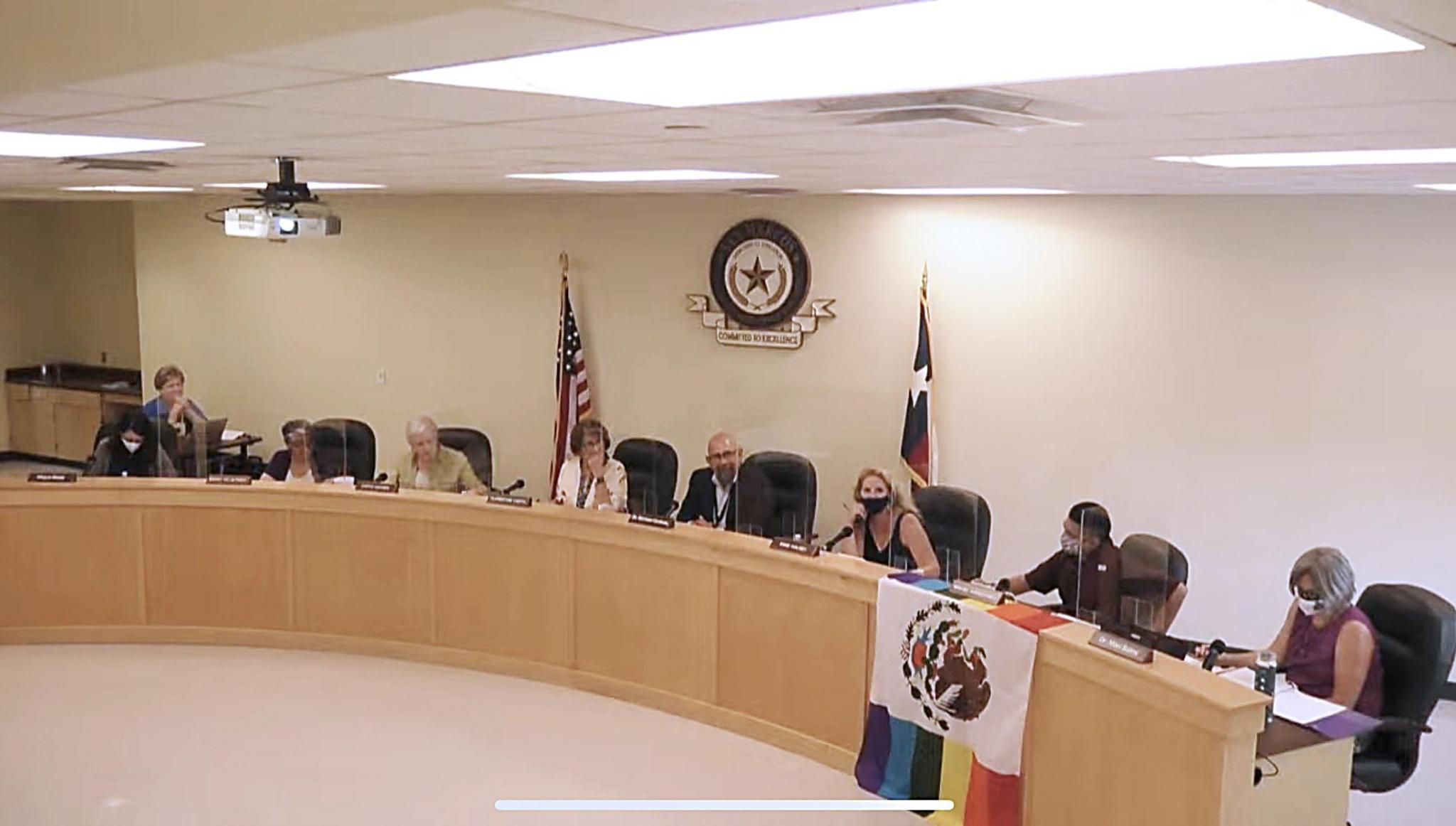 An equity audit conducted at several San Marcos Consolidated ISD schools found that incidents of racism are  being underreported, and dropouts are on an upward trend.

“Chronic absences have been on the decline over the past few years, however, not all students have benefited from this trend,” Wallace said. “When it comes to discipline Miller Middle School was an outlier when it comes to the proportion of discipline compared to other enrolled students. In terms of drop out, unfortunately, dropouts are on the upward trend and should be addressed. And then, racial climate survey, there are incidents of racism occurring in the school district and they’re not being reported.”

Attendance data showed that chronic absenteeism is down. But Wallace said Hispanic students are not benefiting from the drop in absences like other demographics. According to the data, Hispanic students make up 50% of students attending the schools studied but are the students most absent from school.

Trustee Mayra Mejia asked how absent days were counted, specifically whether they studied if a student missed one period on a given day, were they counted absent for just one class period or the entire day.

“It was according to period missed,” Benson said. “We couldn’t make any speculations if it was a whole day or if it was a half day. We got (the data) by student ID number and the period that they missed. So, we determined a threshold of 201-plus days for chronically absenteeism. So again, we have no idea if the student missed a half a day or if they missed a whole day.”

“The middle school makes up the largest portion of discipline incidents compared to other portions of enrollment,” Wallace said. Middle schools make up 33% of the enrolled students but 50% of disciplinary incidents. Grates six through nine recorded the most disciplinary incidents with ninth grade having the most at 1,473 between the 2017-18 and 2019-20 school years. “And so, when we think about the age range of what is happening between grades five and nine that is a concern for us because it’s very different than rest of the enrollment.”

Wallace added that Hispanic males and females are overrepresented in the disciplinary data found.

“Looking over the course of three years, there’s a significant spike in the middle school, and even too high a suspension (rate) in the elementary schools,” Benson said. “If you look at the report, read the research around suspension prevalence for dropouts that students who experience even one incident of out of school suspension in middle school or in elementary school have a 50% higher probability rate of dropping out in high school. And so, that research has been done over time and we recommend looking into, and considering, alternatives to out of school suspension.”

The audit only looked at San Marcos High School when examining dropout rates. The study discovered that there’s been an increase in female student dropouts. Wallace highlighted that the Hispanic female group was the largest group of increased dropouts. The number rose from 13 during the 2017-18 academic year to 36 in 2017-18. There was also a three-year increase in male dropout rate.

Mejia asked if the study was able to find out why the female dropout rate increased over the three-year period examined. Benson said that data wasn’t readily available but suggested examining that trend further.

“We didn’t have access to the granular data. I’m sure it’s probably there somewhere,” Benson said. “But we would highly recommend, especially among the Hispanic female students, looking into the subcategory in terms of why students dropped out.”

With the racial climate survey, 1,181 students and 82 staff members responded to the survey. Miller Middle School had the highest response rate with 57% of students participating. 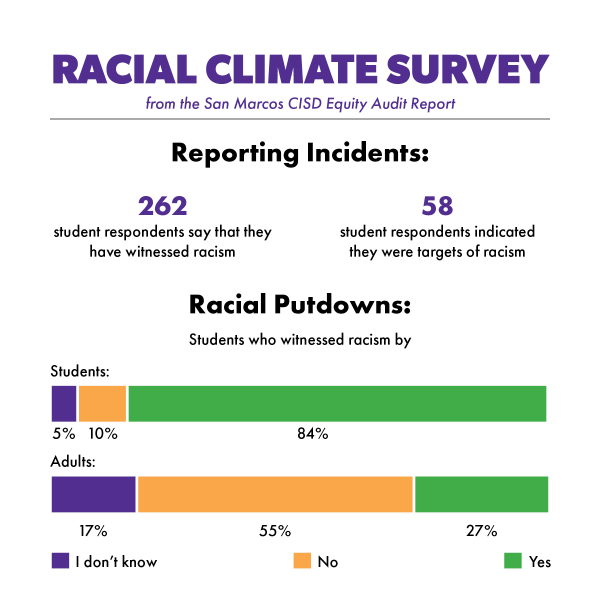 Findings from the study highlighted factors such as having a trusted adult, knowing how to report issues and comfort level with reporting issues as having an impact on the reporting rates.

The report presented several recommendations to address its findings.

The study recommended investigating the intersection between suspension and chronic absenteeism within the district, especially at Miller Middle School and San Marcos High School.

Regarding discipline, it was recommended that SMCISD condense, streamline and standardize discipline categories and consequences to reduce student suspensions.

To address dropouts, the report recommends that the school district develop more intensive middle school strategies and safeguards in ninth grade to reduce the number of ninth grade dropouts.

The report also recommends that every school leader and designated district leaders be enrolled in the Anti-Racist Leadership Institute to increase their “racial literacy, confidence, and ability to successfully navigate and combat racism in San Marcos CISD.”