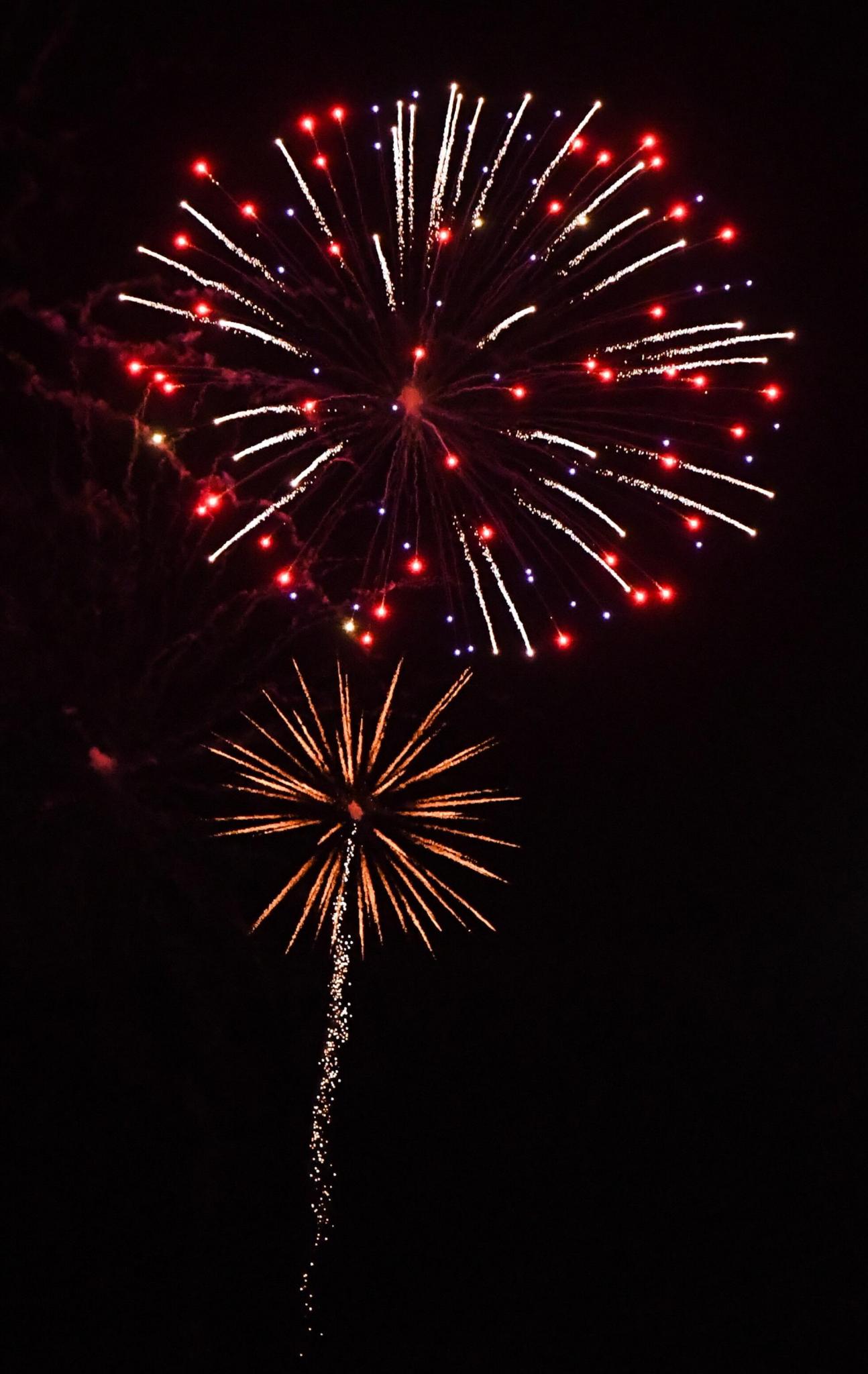 Fireworks fly through the San Marcos air during a previous SummerFest. The City of San Marcos will host the 42nd annual SummerFest fireworks show on Monday. Daily Record photo by Lance Winter

With Fourth of July here and summer in full swing, there are plenty of options to celebrate the holiday in and around San Marcos.

The City of San Marcos will light fireworks as part of its 42nd annual SummerFest firework show, beginning at 9:30 p.m. on Monday. Fireworks will be launched from the Bobcat Stadium west parking lot, located behind H-E-B, with patriotic music simulcast on 89.9 KTSW radio station.

The city said firework spectators must follow all park rules and city ordinances while watching the show and leave all pets at home.

Celebrating Fourth of July in Kyle

The City of Kyle will host its Independence Day Fireworks Show on Monday, beginning at approximately 9:30 p.m., or sundown.

The fireworks show is expected to last around 20 minutes. The City of Kyle said music will be available to stream during the show through a partnership with KAZI 88.7 FM.

Fireworks will be launched from Plum Creek Golf Course. But the golf course will be closed to the public during the display.

The City of Kyle said the show can be watched from the Hays Performing Arts Center. The show will be visible from many locations throughout the city. But the city warns residents to exercise caution when picking their viewing location.

The parade begins at 10 a.m. Staging will begin as far back as Texan Boulevard before ending at Wimberley City Hall. The parade will be followed by a jubilee celebration with food, live music, games and festivities at Ozona Bank.

The City of Buda is set to host Red, White & Buda on Monday.

The event begins at 9 a.m. and stretches until 10 p.m. The downtown bike parade and awards ceremony kick off the day’s festivities. Food vendors will be at Buda’s City Park from 5 p.m. until dusk.

Music on the Great Lawn begins at 6 p.m. with performances from Shinyribs and Jack Ingram. The night wraps up with a fireworks show at 9:15 p.m.