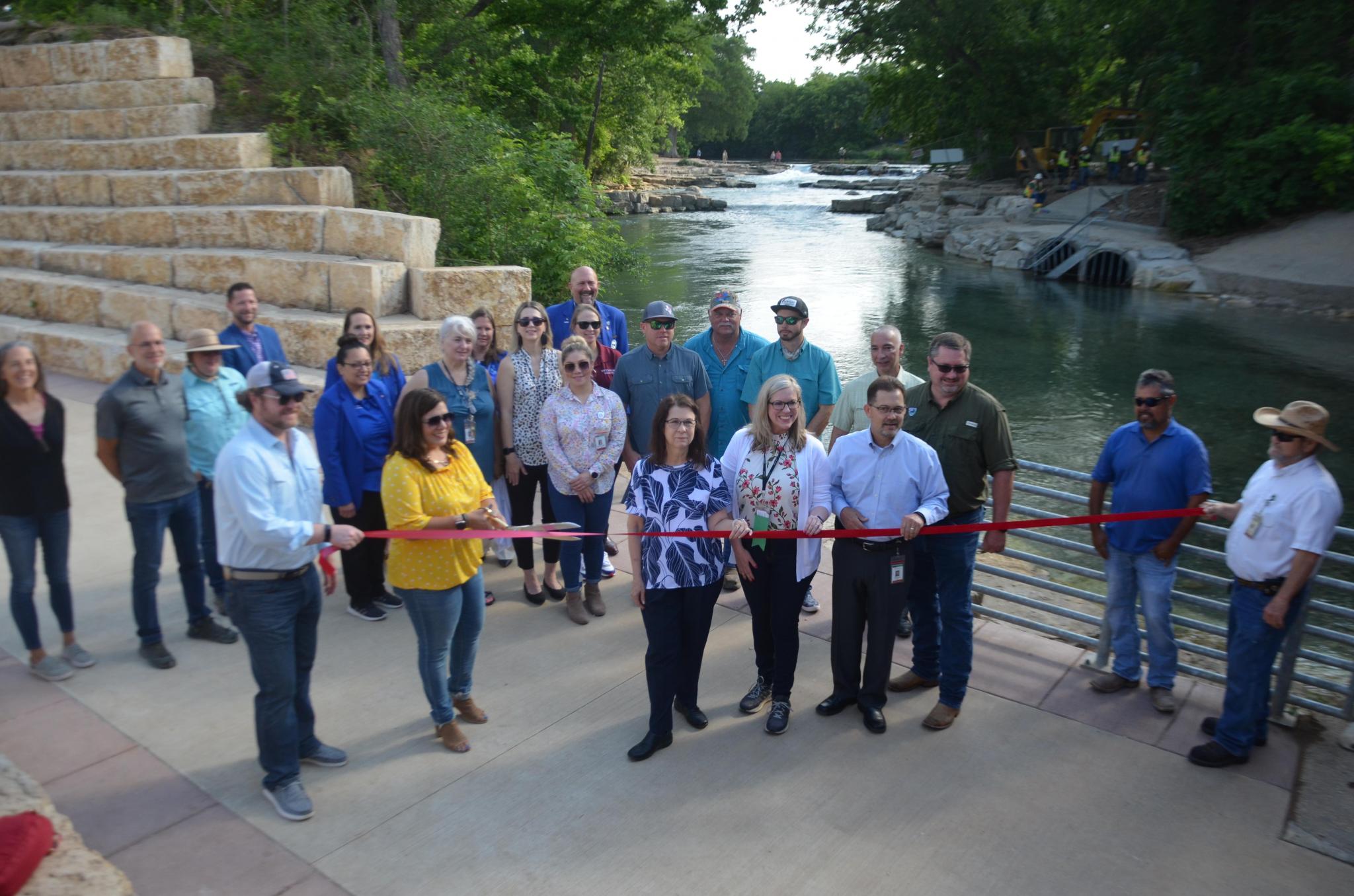 Above, City of San Marcos officials, project managers and guests celebrated the completion of the Rio Vista Falls Maintenance Project and grand opening of the San Marcos River Shared Use Pathway on Wednesday. Below, Director of Parks and Recreation Drew Wells speaks to a crowd at Wednesday's ribbon cutting ceremony. Daily Record photos by Nick Castillo

The City of San Marcos celebrated the official opening of Rio Vista Falls and its San Marcos River Shared Use Pathway with a ribbon cutting ceremony.

City officials, project managers and guests celebrated the completion of the Rio Vista Falls Maintenance Project and grand opening of the San Marcos River Shared Use Pathway on Wednesday.

“We’re here to celebrate the completion of two great projects that are going to continue to enhance the recreational opportunities here for our community,” Director of Parks and Recreation Drew Wells said. 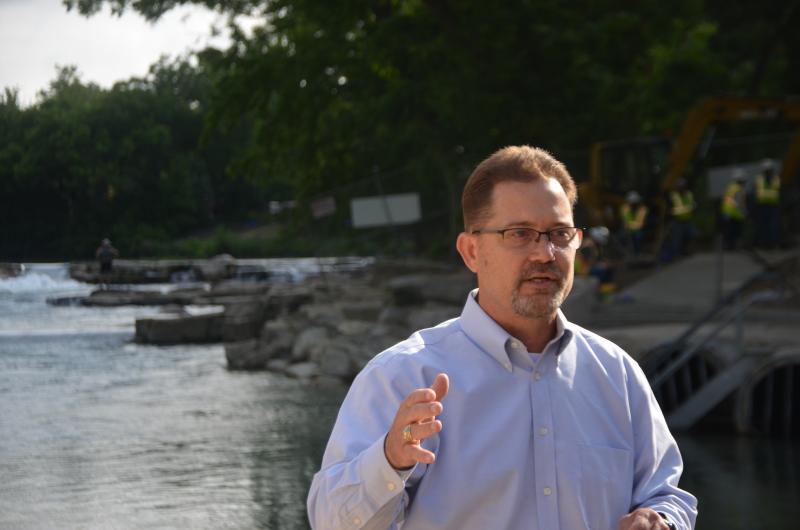 The trail includes safety measures such as lights around its path, below-grade crossing at Cheatham Street and the railroad right-of-way at Rio Vista Park.

“On behalf of the community, we are happy to see these projects reach completion,” Mayor Jane Hughson said. “The San Marcos River Shared Use Pathway Project is the perfect example of what can be achieved when federal, state and local entities work together to accomplish something great for the community.” 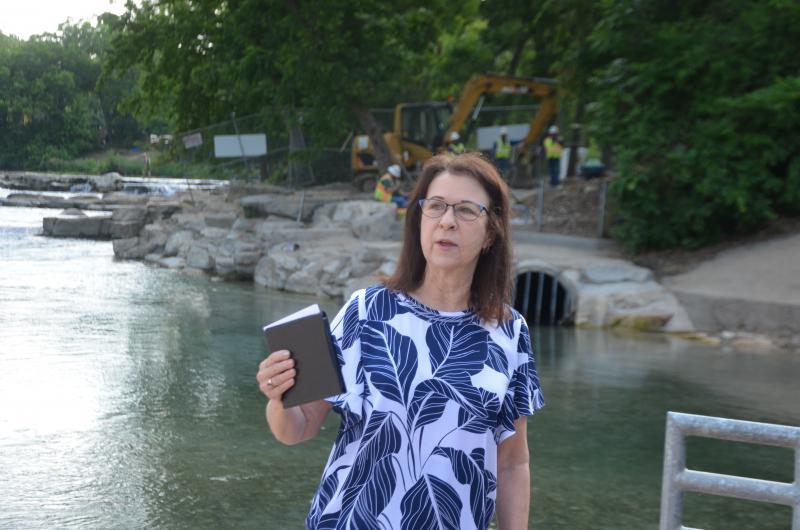 Above, San Marcos Mayor Jane Hughson speaks to a crowd during a ribbon cutting ceremony on Wednesday.

The Rio Vista Falls area was reconfigured from a single dam into three sets of rapids, outline pool area and decorative boulders in 2006. Prior to the currently ongoing project, maintenance hadn’t been done to the area since its original construction, according to the city. Additionally, the city said strong currents and three major flooding events impacted the structures since their installation.

The work done consisted of repairing voids, undercutting and deepening the foundation toe of the bank and instream structures. An additional protective layer of rock armoring was installed around the foundation. Construction began in October 2021 and finished in early May.

“We’re also thrilled to celebrate the reopening of Rio Vista Falls,” Hughson said. “This project suffered many setbacks but the perseverance of these people ensured the project was completed as quickly and safely as possible.”