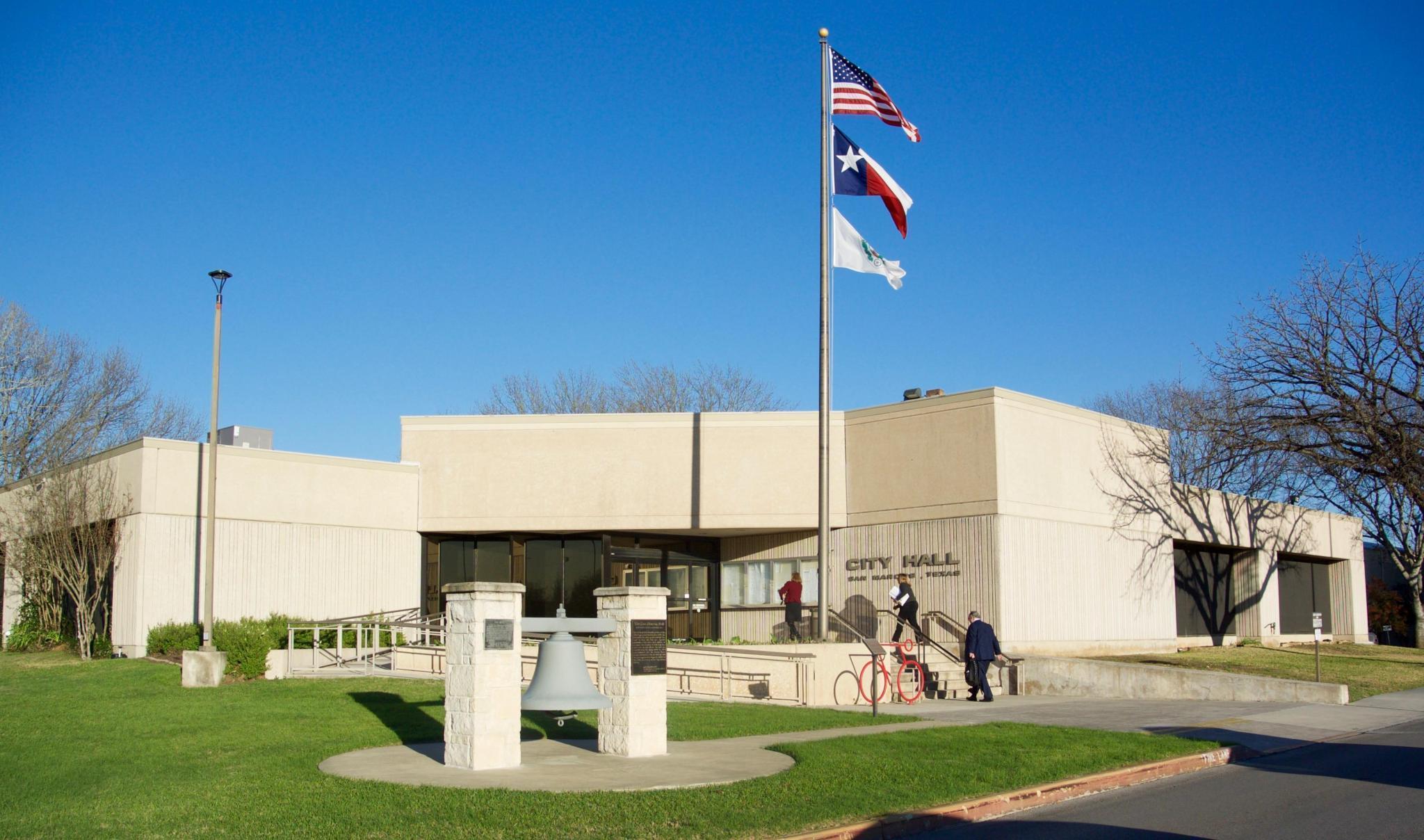 The San Marcos City Council decided to hold steady with the city’s Cite and Release Ordinance following an hour-long discussion regarding the policy.

Councilmembers decided to wait for a strategic business plan from San Marcos Chief of Police Stan Standridge, which he expects to deliver soon, outlining his plans and strategies for the San Marcos Police Department before making any decision regarding the landmark ordinance.

Tuesday’s discussion on cite and release was placed on the regular-meeting agenda by councilmembers Shane Scott and Saul Gonzales. Scott said he put the item up for discussion after receiving a multitude of calls regarding rising crime in San Marcos.

“I’m getting a lot of calls from downtown. I’m getting a lot of phone calls from people that I would never think would call about violent crime in their area,” Scott said. “So, cite and release is not really what I’m targeting here. Cite and release I think has a very good — has had a very good impact on many elements of our police. I think that the reform has to happen. But what I’m noticing with the phone calls and the crime in the community is that it’s hard to pinpoint. I can’t say it’s because of cite and release. I can’t say it’s because of any specific thing.”

Scott suggested a possible temporary suspension of the ordinance to allow Standridge an opportunity to put his plans for the department in place. But the idea didn’t gain steam with his fellow councilmembers.

“Just to make myself clear that I’m not willing to make decisions of repealing, or amending, or suspending anything at this time,” Gonzales said. He added that he’d like to see data on if cite and releasable crimes have gone up since the ordinance went into effect and if those who are cited show up to their court date. “I want to see what’s working and what’s not working.”

The city’s Cite and Release Ordinance, which has only been in effect since May 31, 2020, aims to reduce the amount of arrests made for qualifying low-level, nonviolent offenses such as possession of small quantities of marijuana, driving without a license, small amounts of property theft or theft of services.

The ordinance directs SMPD officers to issue citations instead of arrest for some misdemeanors offenses, including Class C misdemeanors other than public intoxication, assault or family violence; possession of marijuana less than 4 ounces; driving without a valid license; Criminal Mischief Class B misdemeanor; Graffiti Class A or Class B Misdemeanor; Theft of Property less than $375; and Theft of Services less than $375.

San Marcos was the first municipality in Texas with cite and release outlined as an ordinance rather than a resolution.

The inclusion of cite and release on the council’s agenda drew significant attention from the community. A majority of the 27 persons signed up to speak in public comment discussed cite and release.

Many of those who spoke in public comment were proponents of the ordinance, asking for the council to keep the policy in its current state. The legislation also drew support from state Rep. Erin Zwiener (D-Driftwood), who voiced her support on social media. U.S. Rep. Lloyd Doggett also approved of cite and release in a letter sent to Councilmember Alyssa Garza.

Those who spoke against cite and release claimed crime is increasing in San Marcos.

“That is unprecedented,” Standridge said, adding that according to SMPD’s crime analyst, violent crimes are occurring only 8% less than property crimes.

“Violent crime being implicit of aggravated assault, robbery, murder and rape, for those four classifications of violent crime to be nearly equal your property crime, we have a considerable issue on our hands,” Standridge said. “Now, I have a ton of ideas. In the city of Abilene, which is twice the size of the city of San Marcos, we reduced part one crimes implicit of those four violent crimes by 33% in my 11 years as chief … I have a proven track record that’s why you hired me to come in and openly try to remedy and abate some of the violent crime.”

But Standridge made it clear that violent crimes are not being driven by cite and release. He said that only two of all violent crime offenders had been previously cited and released.

“So, if I were to extrapolate what do these numbers mean to us? I would say cite and release has been a phenomenal success,” Standridge said. “But, I can’t say that because we’re in a covid environment. You all know as well as I do that covid changed the landscape.”

The councilmembers all expressed support for cite and release in various forms during Tuesday’s discussion.

“Part of why we passed this ordinance is because we are concerned about the health and safety of our community,” Baker said. “And we know that arresting somebody does not make them more safe, and it does not put them in a position to have a better relationship with the criminal legal system. I think that we did a lot of research to pass this and I would hope than any consideration to suspend or change or amend or water down this watershed ordinance — this landmark ordinance — without that same due diligence is disrespectful to the hard work that we poured into this to make it as rock solid as we could.”

Garza added, “I just wanted to share that a lot of what chief Standridge said aligns with what our community members are saying, what multiple folks have expressed here. It’s only been in place as an ordinance for a year during a pandemic, and we don't really have a lot to go off with to assess its performance fully.”

Mayor Jane Hughson and Councilmember Mark Gleason, although supportive of cite and release, both said they’d prefer it be in the form of a resolution rather than an ordinance.

Gleason said that the discussion surrounding cite and release often leaves out the victims of crimes committed.

Standridge agreed, saying that prior to Gleason’s comments about victims, he hadn’t previously heard the discussion surrounding the ordinance focus on victims.

“Everybody has been focused on perceived social justice issues and that really has driven the narrative,” Standridge said. “And so, council says openly that they want to remedy these issues through the Criminal Justice Reform Committee, and now I’m fully supportive of and I’ll definitely work right along with you all. But I will correctly point out that the first meetings have had nothing to do with crime-reduction plans. They’ve had everything to do with perceived social justice issues. So, I welcome conversations about victimization.”

Councilmember Melissa Derrick later pushed back on the discussion of victimization.

“Is $350 worth of damage to someone’s property worth a single parent having their child taken by (Child Protective Services) because they’re in jail? Is it worth them not being able to be there in the morning, or know where their child is, or not show up to their job? Being fired? Having their entire life destroyed? Have their car impounded? Things that they can’t afford,” said Derrick, who also recognized $350 is a substantial amount of money. “I mean, people that are barely getting by, which is most of our population in San Marcos, to offer them to be able to schedule their own time to go down to court, be proven innocent or guilty because they are not when they’re arrested.” Following the lengthy conversation, the council ultimately chose to wait to hear Standridge’s strategic business plan before having further discussion regarding crime and policing in San Marcos.

Standridge and city staff didn’t outline a specific date when the council would hear the chief’s report but he did outline what to expect from it.

“When you see the strategic business plan … it’s going to be succinct and you’ll know exactly what the goals, the objectives and the specific strategies that we’re using to reach some desired crime reduction, community engagement, we’ve got to address the acute and chronic trauma of the officers,” Standridge said. “You’ll see all the plans that are currently in place for the past six months and that we continue to work toward.”