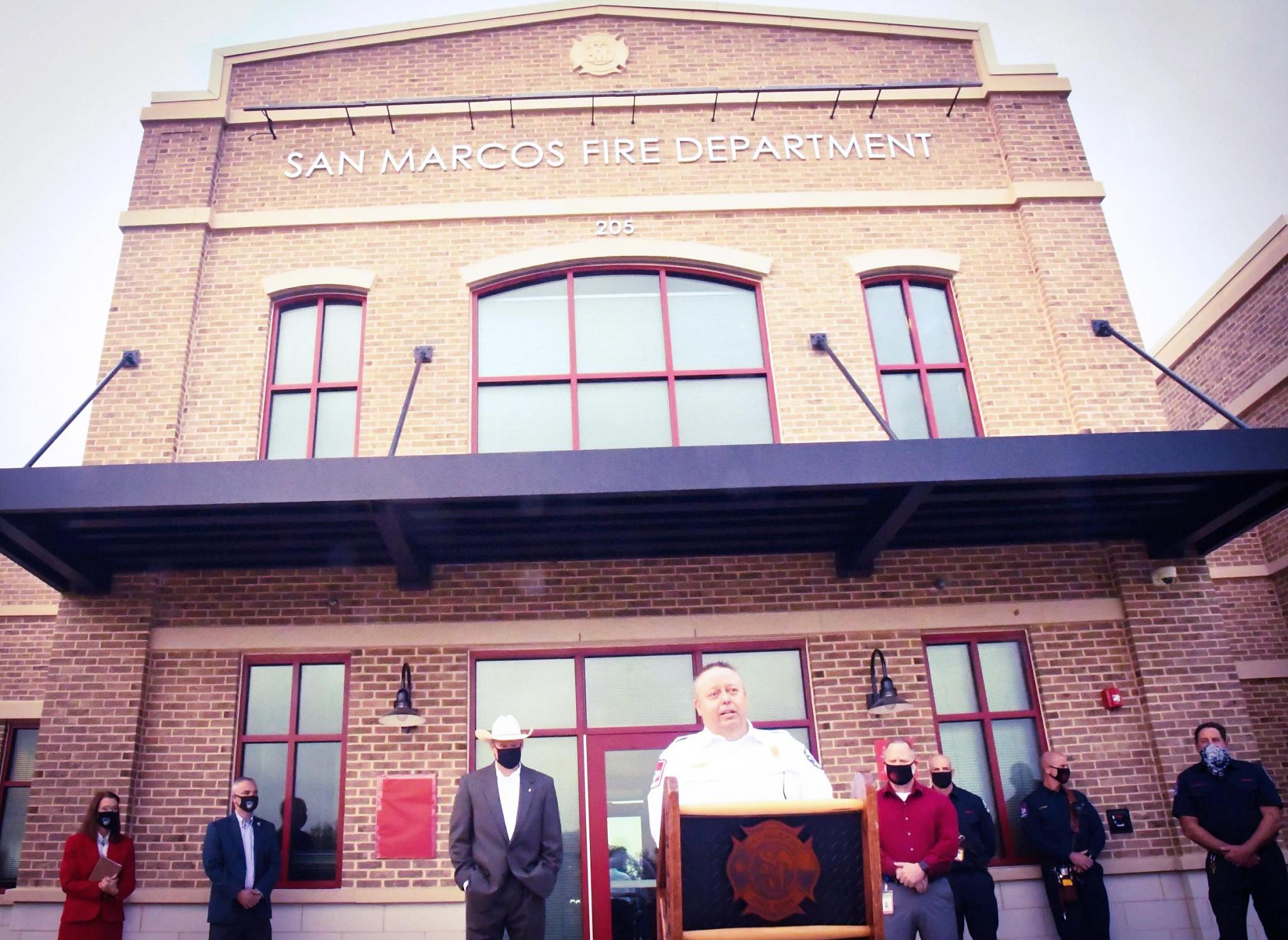 The San Marcos Fire Department hosted a grand opening on Wednesday for its new fire station #2 located in the La Cima neighborhood off Ranch Road 12. Above, Fire Chief Les Stephens addresses a small, in-person crowd and a virtual crowd during the grand opening ceremony. Below, Mayor Jane Hughson gives remarks on the importance of the city's newest fire station. Daily Record photos by Lance Winter

A FIRE STATION FOR THE FUTURE

A round of applause broke out as the vehicle drove down the road. The engine’s exit was only ceremonial but it marked the grand opening of the city’s newest fire station located in the La Cima neighborhood off Ranch Road 12.

“I just want the residents of San Marcos to know that this is a city facility, a fire station that they can truly be proud of,” city Director of Public Safety Chase Stapp said. “It was built under a very strict budget but to very high standards that will allow it to be a functional and effective city facility for 50 years or better. I’m very proud to be a part of that.”

San Marcos’ previous fire station #2 was located on Academy Street in a small duplex building built in 1954. The new one, which was built as a part of the 2017 city bond, is better equipped for a growing department and city.

“The city has grown since 1954 and so has the fire department,” Mayor Jane Hughson said. “We now have around 70 full-time professional firefighters and much larger, better-equipped fire engines. The new station two will house our firefighters and support staff safely, comfortably and efficiently so when they hear the tones they will be ready to respond to the needs of our citizens at potentially one of the most important times in their lives. We’re so thankful for their dedication and so fortunate to have them here to help keep us safe.” 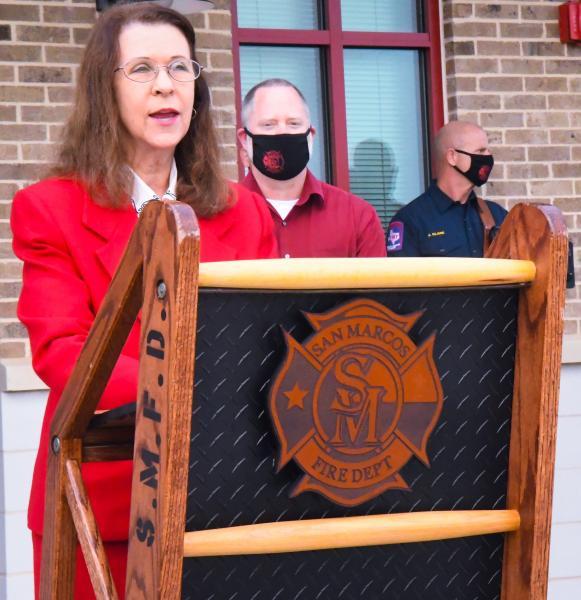 Fire Chief Les Stephens said the fire station’s design is a replication of fire station #4, which was designed by members of the fire department and opened in 2018 on Wonder World Drive. Stephens also highlighted features which address firefighter safety and cancer prevention.

“It has direct source capture exhaust removal. It has a particular room that’s well-ventilated for the storage of the guys’ bunker gear after fires,” Stephens said. “It has an extractor onsite where they can service their PPE after a car fire, dumpster fire, a house fire without having to go out of service.”

The fire chief stated that this fire station will address the needs of residents for years to come.

“We didn’t build a fire station where the city needed it 10 years ago,” Stephens said. “We built a fire station where the city needs it 10 years from now and for the next 50 years. The citizens of San Marcos, our mayor and council should be proud to be so proactive and so forward-looking to have something in an area that it doesn’t look like it’s quite ready for us but it’s going to be here soon and we’re here ahead of it and ready to take care of it.” 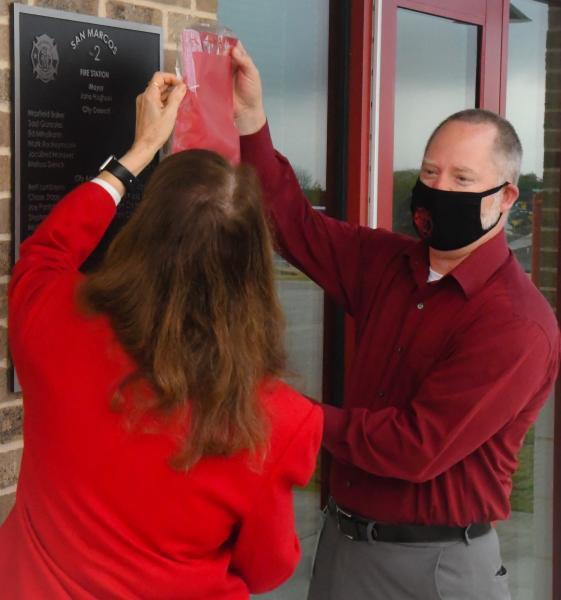 With the grand opening of the new fire station, Stapp ensured that it will help keep residents safe.

“I want to you know that this city facility, Chief Stephens and his team will make sure that it’s always staffed with some of the best firefighters in the state just like our other facilities,” Stapp said, “so that residents in San Marcos can go to sleep at night in this neighborhood and those near here knowing that they're safe from the threat of fire and medical emergencies.”