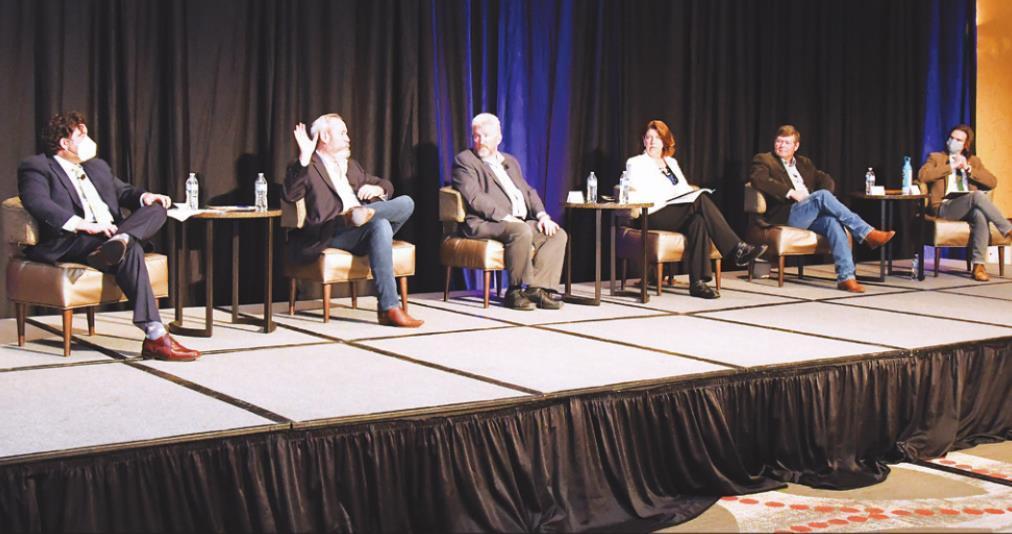 Above, a panel discussion takes place during the 2021 Transportation Summit on Thursday at the Embassy Suites by Hilton San Marcos Hotel Conference Center. Daily Record photo by Lance Winter 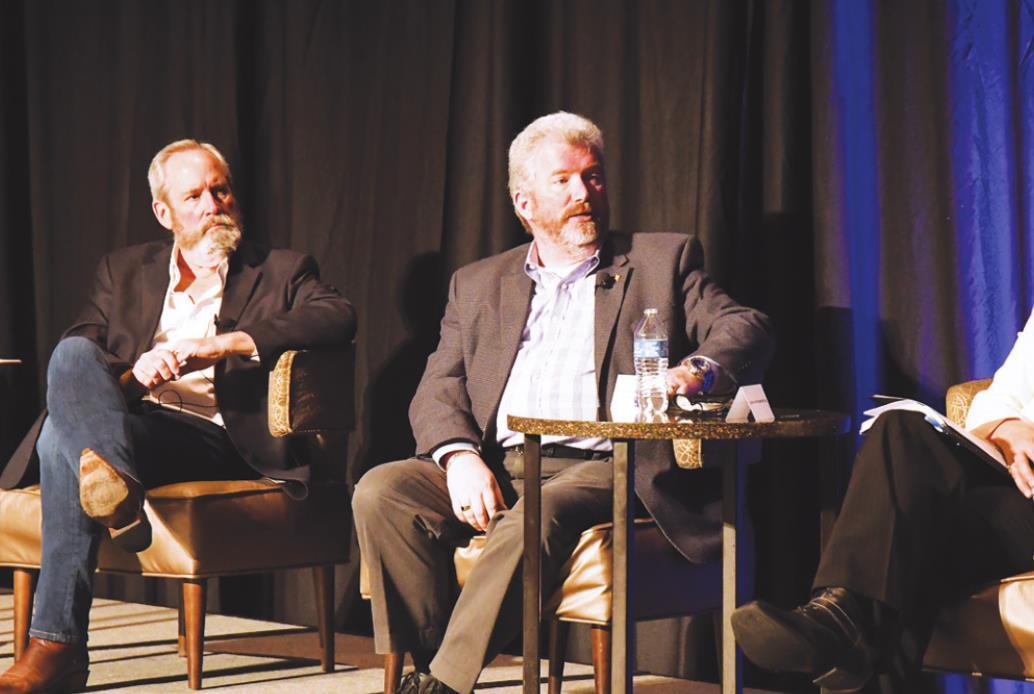 As Hays County and the surrounding region continues to grow, so do the transportation needs of those living in the area.

Regional transportation leaders discussed what the future holds in and around San Marcos at the 2021 Transportation Summit held by the San Marcos Area Chamber of Commerce and the Greater San Marcos Partnership on Thursday.

“COVID has impacted traffic patents significantly and in numerous ways,” Pfannenstiel said. “The amount of traffic decreased largely at the beginning of the pandemic. In the Austin area alone, we were getting to 50% of the traffic levels pre-COVID and that happened around April 1st of last year and it’s slowly coming back over the last 11 to 12 months.”

Pfannenstiel said traffic is back to 80% of where it previously was, but added that patterns have changed with rush hours no longer predictable. She said Movability — Central Texas’ transportation management association — has partnered with Texas State University to better understand the motivating factors of why people travel throughout the day.

Cranston later spoke on Austin’s Project Connect — a new $7.1 billion transit plan passed by Austin voters that includes light rail and an expanded bus system — and the impact that could be seen in San Marcos.

“This time around (Capital Metro) produced what we call a fully encompassing system, everything from park and rides, (light rail transit), (bus rapid transit), micro transit,” Cranston said. “All of that is in place for the singular purpose of this: getting people from where they live to where they work and back again safely … What we’re seeing is an acceptance this time around of people have had enough. They’ve had enough of sitting in traffic and they’ve had enough of wasting time”

Cranston said as part of a growing corridor, San Marcos should look toward newer modes of transportation as more people move to the area.

“This is a destination,” Cranston said. “San Marcos is the center of the fastest growing corridor in the United States … What you’re seeing in Austin, it’s coming folks. It’s time that we embrace other modes of transportation.”

McKeown said CAMPO has its focus on multimodal transportation, looking to increase accessibility throughout the region.

“Our long range plan is a multimodal plan. It’s not just roadways, it’s also transit,” McKeown said. “Project Connect and other transit plans in the region and then active transit plans, it was really a five-year process of these different (transportation) modes that we’re starting to build into our long-term plan.”

“A whole bunch more people moved here today, and we need to put them somewhere. We need to get them where they need to be,” Cranston said. “So, it’s all hands on deck.”