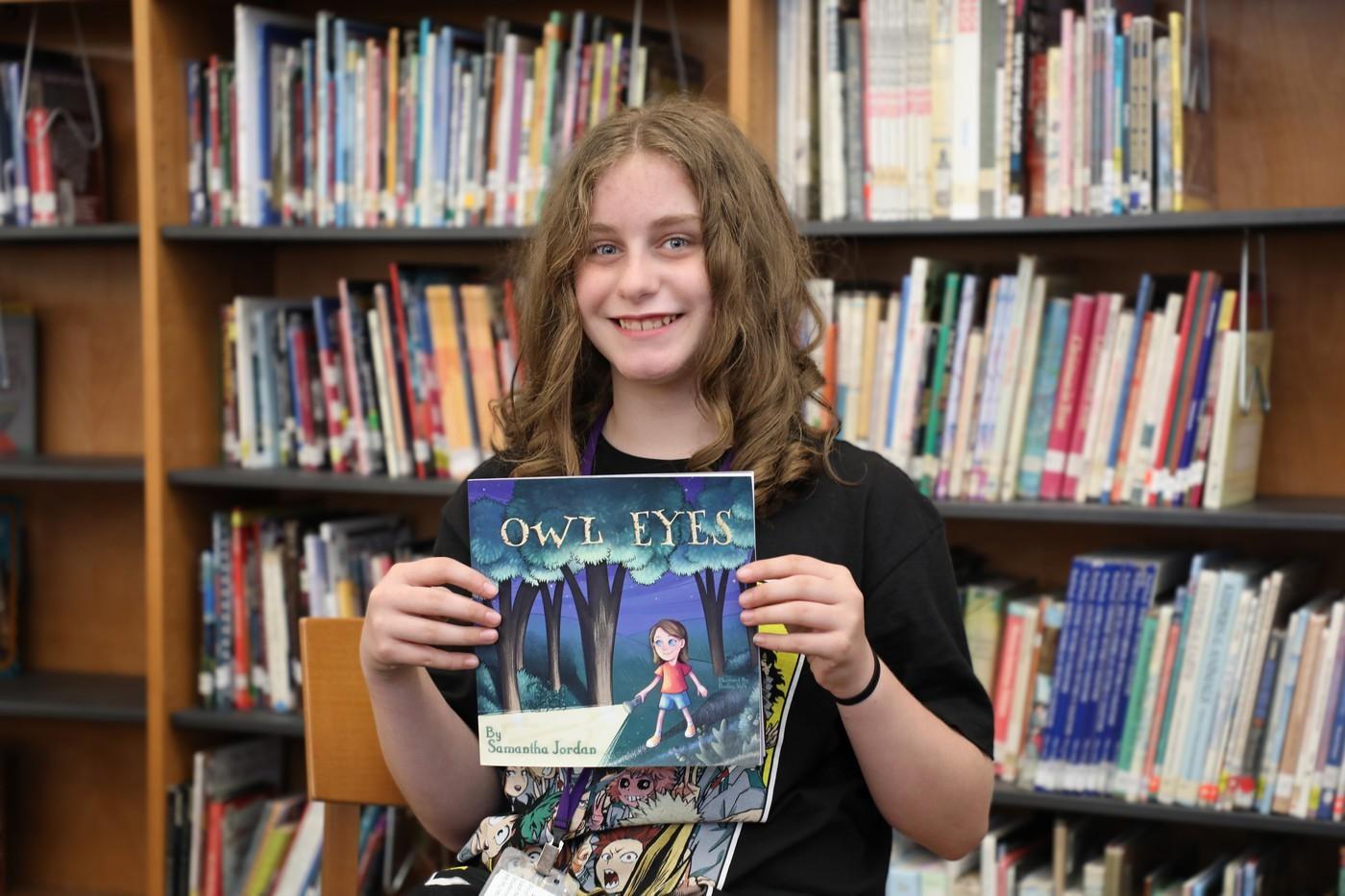 “It's crazy because people are actually like buying it off of Amazon and then they're wanting it to be autographed and everything,” Jordan said. “They're just giving me such positive feedback. It's really made me proud because people actually like my story, they like to read it. One of my friends keeps reading the book over and over again just for the fun of it. It just makes me feel really good about what I wrote.”

“Owl Eyes” began as a project Jordan completed as a part of summer camp she participated in 2020. Jordan attended an eight-week writing program, Leap for Literacy: Share Your Story, where she learned how to write a book.

“[The camp] just took you through like a different processes of writing a book, and every week there were Zoom meetings too, so you and a ton of other kids could kind of just learn the process altogether,” Jordan said. “Now you're coming up with your story, and they send you a small book that you can draw and write in. So they want you to draw your own illustrations for your story then write your story as a final draft in the book. And so, once you were done with that you would send it back to them for kind of like judging you could call it, and then they would pick their favorite ones.”

Jordan’s book is about a girl named Mia who was born with the ability to speak to animals. She discovers her ability after having a conversation with an Owl. Mia keeps her newfound ability a secret until one of her friends finds out.

“[Mia] learned that she should always be honest with her friends and others,” Jordan said.

At the end of the eightweek program, Jordan’s book earned second place among campers. In January, Leap for Literacy Founder Stanley T. Tucker informed Jordan that “Owl Eyes” would become a published book.

“[Stan] said, ‘your book is going to be published,’ and it was crazy,” Jordan said. “It was awesome.” 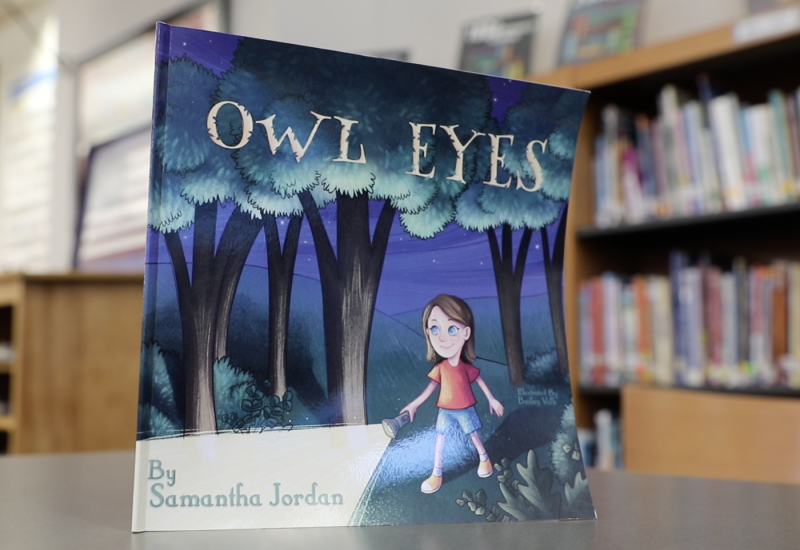 Away from school, Jordan spends time with her two sisters or practicing ballet, according to San Marcos CISD. She’s a part of the Goodnight Junior High Dancin' Stars Dance Team. She hopes to enlist in the U.S. Air Force when she grows up, SMCISD added. But Jordan also said writing could be in her future too.

“A lot of my friends have been saying that I should keep writing, and just keep going,” Jordan said. “I've been thinking about it and I think I might write more books in the future. It just really depends, but I think there might be a chance that I could.”