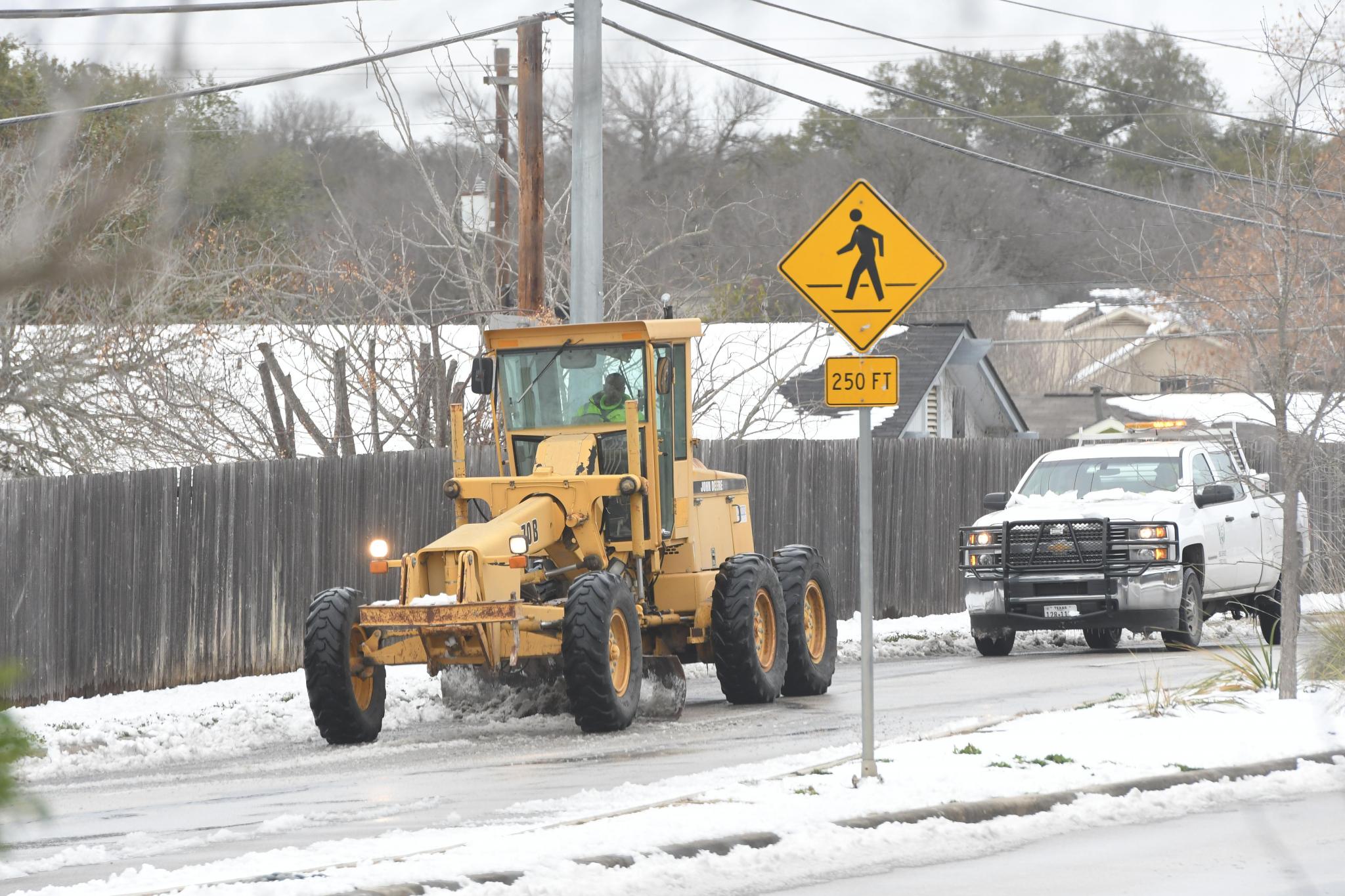 Above, workers around San Marcos try to clear the roadways during February's Winter Storm Uri. Hays County's Office of Emergency Services is working to prepare of any winter weather that may be seen. Daily Record photo by Gerald Castillo

Following February’s Winter Storm Uri, the Hays County Office of Emergency Services is preparing for any potential severe weather that may occur this winter.

Hays County residents experienced power and water outages throughout and after the storm. County OES Director Mike Jones said treacherous driving conditions made it difficult to help county residents who were without food and water for several days.

“Despite having food and water to distribute, it was a challenge to attempt to drive anywhere for the first two days after the major snow fell,” Jones said. “For more remote parts of the county, it was near impossible to get to anyone in a quick time frame.”

The county said OES is stocking up on resources, including water and shelf-stable food. Additionally, OES is coordinating with community organizations for shelters and warming stations if needed.

“Most importantly, we urge our Hays County residents to prepare for any severe weather or emergency event,” Jones said.

Jones said OES goals include helping build a community where residents can take care of themselves and their neighbors if severe weather strikes. Jones stated that community members should have a gallon of water per person at minimum and alternate heating sources for cooking should be considered such as an outdoor grill or propane burner. Jones, however, warned that caution should be exercised when using a home generator, and also stated that a car should not be left running in a garage to avoid carbon monoxide poisoning.

“February’s freeze event showed where we have a need in the community,” Jones said. “When the power and water went out for days at a time, we saw how unprepared most of our residents were.”

“We encourage Hays County residents to sign up for emergency alerts through warncentraltexas.org,” he said. “Residents can also turn to haysinformed.com for countywide emergency information.”

In addition to Warn Central Texas and Hays Informed, residents can refer to the Hays County official Facebook page and the OES Facebook page for updates and information during an emergency.