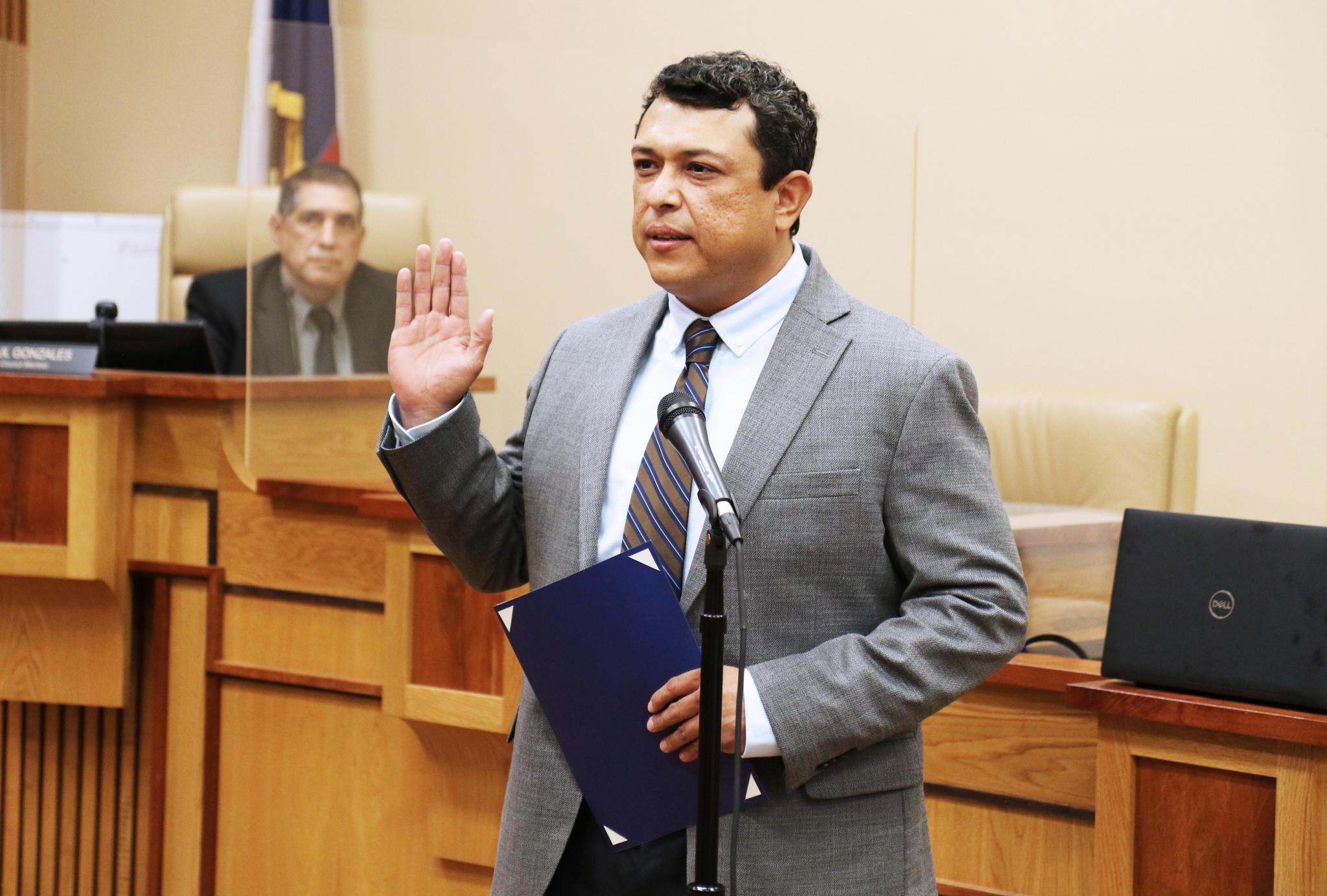 Hughson was re-elected to a third term. She received  62.76% of the vote, winning the mayoral race with 11,101 votes to challenger and former Mayor John Thomaides’ 6,587.

Gonzales was re-elected to city council, place 2. He received a decisive 75.27% of the vote — 12,212 votes to challenger Atom Von Arndt’s 4,014. Matthew Mendoza is the new face on the city council dais after he won election to place 1, defeating incumbent Maxfield Baker with 8,866 votes to Baker’s 8,160.

City council unanimously approved the canvassing of votes from the Nov. 8 election.

After being sworn in, Hughson said she followed in her parents’ lead, who raised her with “the concept that public service is important.”

“I spent most of my life trying to make things better for others: Thirty-three years at Texas State University and an overlapping 35 years of community and public service,” Hughson told the crowd gathered at San Marcos City Hall on Thursday. “I want to thank my family and friends who worked so hard during this election, I couldn’t do it without you. I look forward to working with my council colleagues and community members to help make San Marcos an even better place for everyone. That means taking care of our river, our environment, our neighborhoods and our people.” 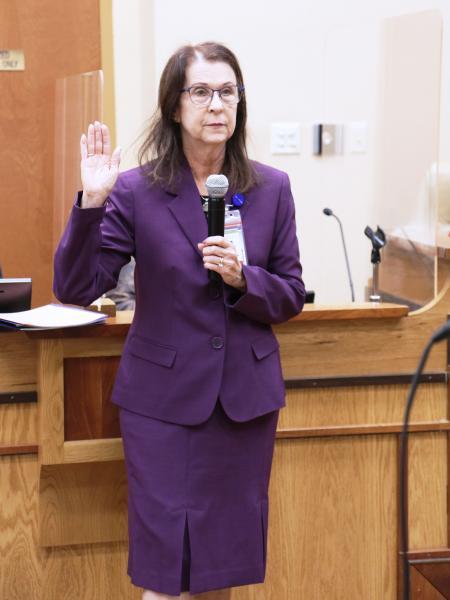 Above, Hughson is administered the oath of office on Thursday. Photo courtesy of City of San Marcos

Hughson concluded her remarks by reminding residents that the city will soon be accepting applications for its nearly 30 boards and commissions. “There’s an opportunity for many to serve our community,” she said.

“San Marcos is a great place to live, work and play,” Hughson said. “Please join me in keeping San Marcos an amazing place to be.”

Mendoza thanked San Marcos for voting for him after he was sworn into office.

Gonzales said he’s deeply honored and humbled to be re-elected.

“I’m here to serve all of y’all, not just one group of people,” Gonzales said. “I want to thank my friends, my relatives and the three amigos for always being there for me. That’s all I have, guys, but I really appreciate it and feel free to call me whenever there’s problems.” 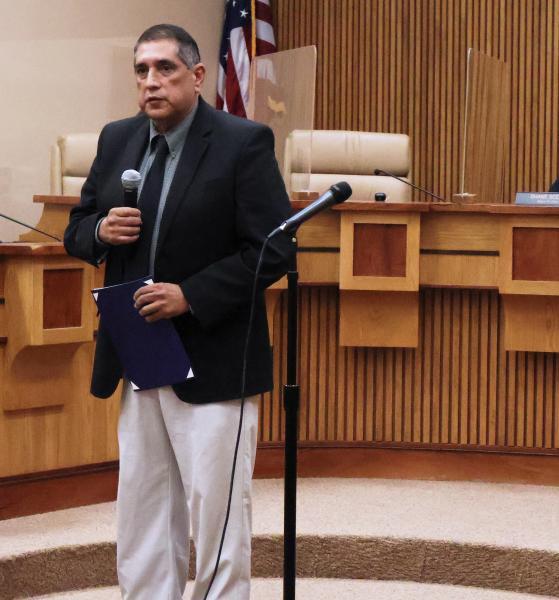 Outgoing councilmember Baker was awarded with the city council service award for his three years on the dais.

Baker, who was elected in November 2019,  reflected upon his first campaign for city council, saying he, “solemnly swore that up and down I would care more about what I said and what I did than I cared about getting re-elected.”

“What that turned into was me challenging lots of historically and systemically unjust policies and organizations here in San Marcos,” Baker said. “Folks like the chamber of commerce, the Greater San Marcos Partnership, our police officers’ association and I didn’t make a lot of allies doing that. However, I still put up a great bid for my reelection.”

Baker said it was unfortunate that some of those who he served with were a part of the “coalition that decided to unseat me.”

“Instead of working towards compromise, instead of feeling value in what I brought to the table even though they had a solid voting bloc, they chose to work together to remove me from office and to put someone up to challenge me for that sole purpose,” Baker said. “None of that is lost on me, and it is part of the problem that we have in San Marcos and why so many people feel like they don’t have a place here in town because folks like me step up, finally get elected, we don’t get to share that space. We’re not given that same grace.  And, I know this is not typically how these types of speeches go but that’s who I am. I’m not your typical San Marcos resident, and I want to encourage other people like me to step up and feel weird and be uncomfortable in these spaces because that’s what has kept people marginalized is not being willing to be in this awkward tension.”

Baker said he would not be running for city council in the near future, saying it’s up to the rest of the community to run for election.

“I’ll be an ally,” Baker said. “I’ll be there to help educate our community and organize them to get them involved and to teach them what I’ve learned over my past years of service, and constantly be ready in San Marcos to step up and give these folks a piece of my mind every other Tuesday.”

After the elected members were sworn into office, city council voted for the positions of Mayor Pro Tempore and Deputy Mayor Pro Tem.

“Just a notation that the Mayor Pro Tem is not just a title, it’s somebody who can step in and run a meeting, do a speech, do something if I can’t be there,” Hughson said. “So, just keep that in mind.”