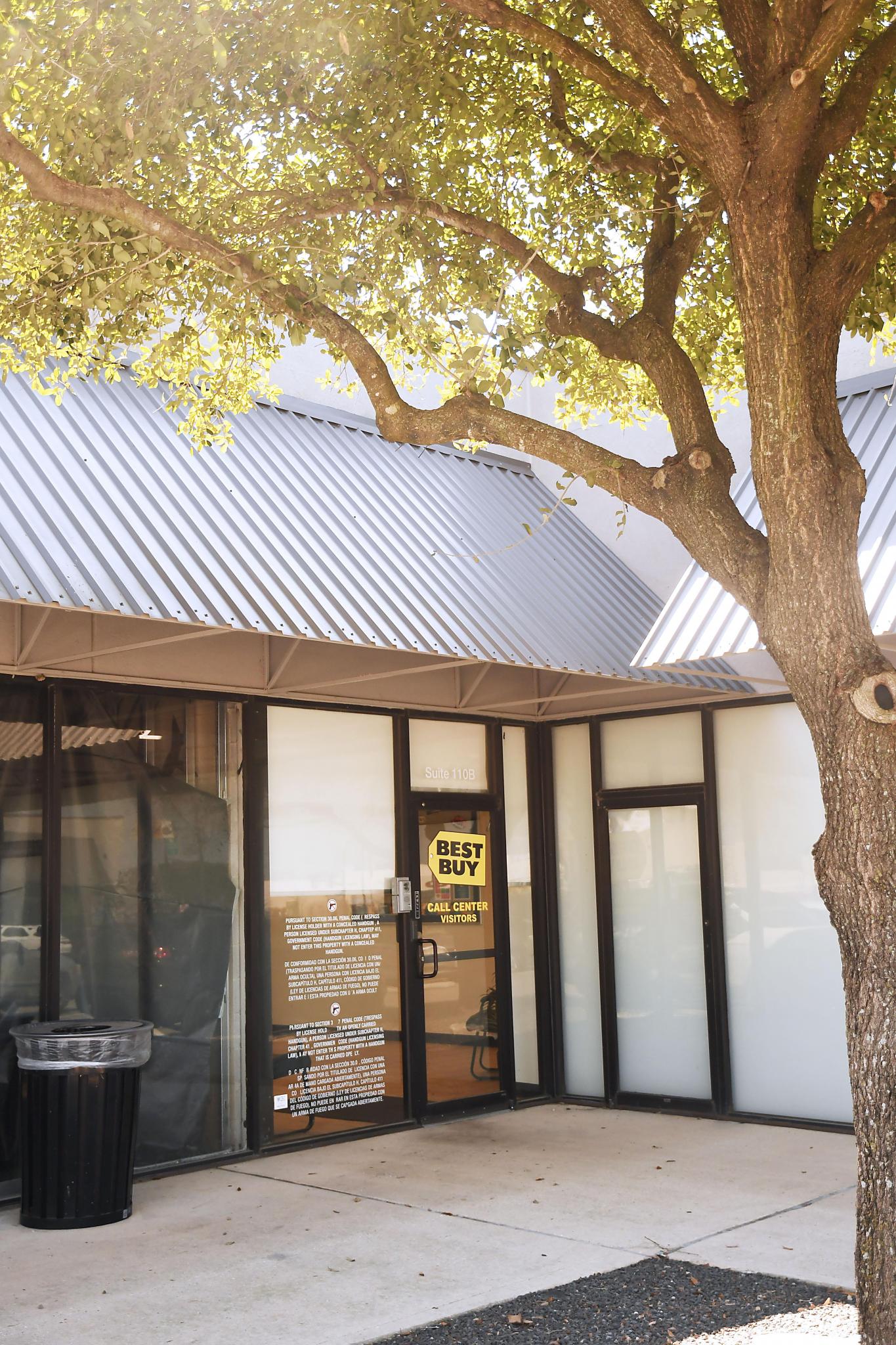 San Marcos could lose millions of dollars if proposed sales tax revenue rule changes are made by the Texas Comptroller's office.

“The comptroller is doing this to provide clarity in the tax code and clear up questions that have arisen and been posed to comptroller staff over the course of many years regarding the sourcing of sales taxes for online purchases,” said Chris Bryan, Texas Comptroller of Public Accounts director of communications and information services, adding that some communities will benefit while others will see a negative impact.

San Marcos is set to see the adverse effect of these changes, stemming from its Chapter 380 agreement with the Best Buy Call Center, located at 900 Bugg Ln. The city rebates 75% of sales tax revenue generated from Best Buy sales, while keeping the remaining 25%. With the proposed changes, San Marcos would lose out on revenue made from its agreement with Best Buy, which was approximately $2 million in 2019, according to City of San Marcos Director of Finance Heather Hurlbert. The city’s Best Buy agreement would become void after a two-year “grandfather” period.

The proposed rule changes aim to “level the playing field” by allowing sales tax revenues to flow throughout the state rather than to communities with economic agreements in place, such as San Marcos. Hurlbert, however, feels that the city needs more time to adjust to losing a substantial portion of its yearly revenue.

“That $2 million is about 5% of our budget,” Hurlbert said. “So that’s a big hit for us to try to work into our budget. If they feel like the need to level the playing field is there, as they say, give us a little more time to work these into our budgets versus just two budget cycles.”

San Marcos isn’t alone in sharing its concern with the comptroller’s office. Officials from the cities of New Braunfels, Round Rock, Coppell, Grand Prairie and Denton alongside San Marcos expressed their issues with the changes during meetings at the Capitol on Feb. 5 and Feb. 6.

Among the many reservations brought up, cities with beneficial economic agreements made under current rules believe they would be penalized by the proposed rule changes.

“When Best Buy reached out to us about relocating their sales center here, they explained to us what they were going to do and they told us that this was something under the current regulations that was acceptable, that was allowable, and there was not any trickery or gaming of the system,” Hurlbert said. “There are other cities that have worked very hard to attract that sales tax to their city. So, it really punishes those cities that have made a concerted effort to try to benefit their cities and bring more revenue in so it’s not on the back of the property taxpayers by having an increased sales tax that lessens the impact on your property taxpayers.”

Cities that would feel the monetary burden of these new rules could also have to change the way they attract new businesses.

“(380 agreements are an) important tool because they help us compete, in particular, with our major markets,” said Jason Giulietti, Greater San Marcos Partnership interim president. “For us, taking away any tool further creates challenge for us to attract certain types of industries. One, it generates a lot of revenue for the city and employment at the end of the day. So, anything that inhibits our ability to use all of our tools, obviously, we’re not a big fan of.”

Giulietti added that the changes could harm the state’s reputation.

“If there are any changes made to existing agreements that sends a very poor image to our current companies, our prospects that are looking at coming here, if an agreement that has been signed can then go back and be changed without their input or accommodated through agreements that have been made in the past,” Giulietti said. “That creates reputational damage for all of us, not just any single community.”

Jason Mock, president and CEO of the San Marcos Area Chamber of Commerce, said the issue should be tackled in the upcoming 2021 state legislative session as opposed to going through the comptroller’s office.

“When legislators get back in office, they need to address this as a full body and as a full body if they vote that these agreements are not valid then that’s fair,” Mock said. “But to sit there and do this pretty much in the dark of night — that’s how it looks like — it’s a scary thing.”

The comptroller’s open comment period for this matter was originally set to close on Feb. 17 but has since been extended until April 15, said Hurlbert. Some San Marcos leaders believe this is a small victory in their effort to have their concerns addressed but others are hesitant.

“At the end of the day, from what I’m hearing, these 380 agreements, we only have two more years with them,” Mock said. “I think they’re (extending the comment period) because they got caught and so they’re extending it a little bit. We’re going to keep fighting it. I think this is going to be something that the legislators are going to take up in 2021.”

With the extended comment period, there isn’t a proposed start date for the potential new rules.

If the changes go into effect, San Marcos doesn’t expect to feel the full impact of losing the revenue from Best Buy until the 2023 budget, Hurlbert said. The city, however, is already making plans to eliminate the revenue from Best Buy in its 2021 and 2022 budgets, while modifying expenses and finding other revenue sources to help offset the expected effect in 2023.

Losing 5% of the city's yearly budget could affect how city spaces operate such as the library and activity center; how often city lawns are mowed; and could hinder road construction projects.

“It’s going to limit our ability to provide new services,” Hurlbert said. “It’s going to limit our ability to add new personnel in key areas and we may over the next couple of years possibly decrease our level of services … It may be that we may have to fix a few less potholes. We may have to slow down some of our mill and overlay. We may have to look at mowing in the parks. It may be that we have to lower that level of services. We’re not anticipating having to eliminate programs.”

“Another area would be reducing hours,” added Kristy Stark, city director of Communications and Intergovernmental Relations. “Your library might not be open as many hours. Your activity center, you might not have the same access to that. It’ll be things like that you’ll really have to look hard at.”

Hurlbert says one thing she doesn’t want to do is panic the community but the city will see a direct impact if the comptroller moves forward with the proposed changes.

“Yes, this is a hit on our budget and we may have to adjust our level of service but we don’t anticipate elimination of positions or elimination of programs,” Hurlbert said. “That is our hope. But it is a large part of our budget. Five percent may not seem like a lot but $2 million is a lot of money.”