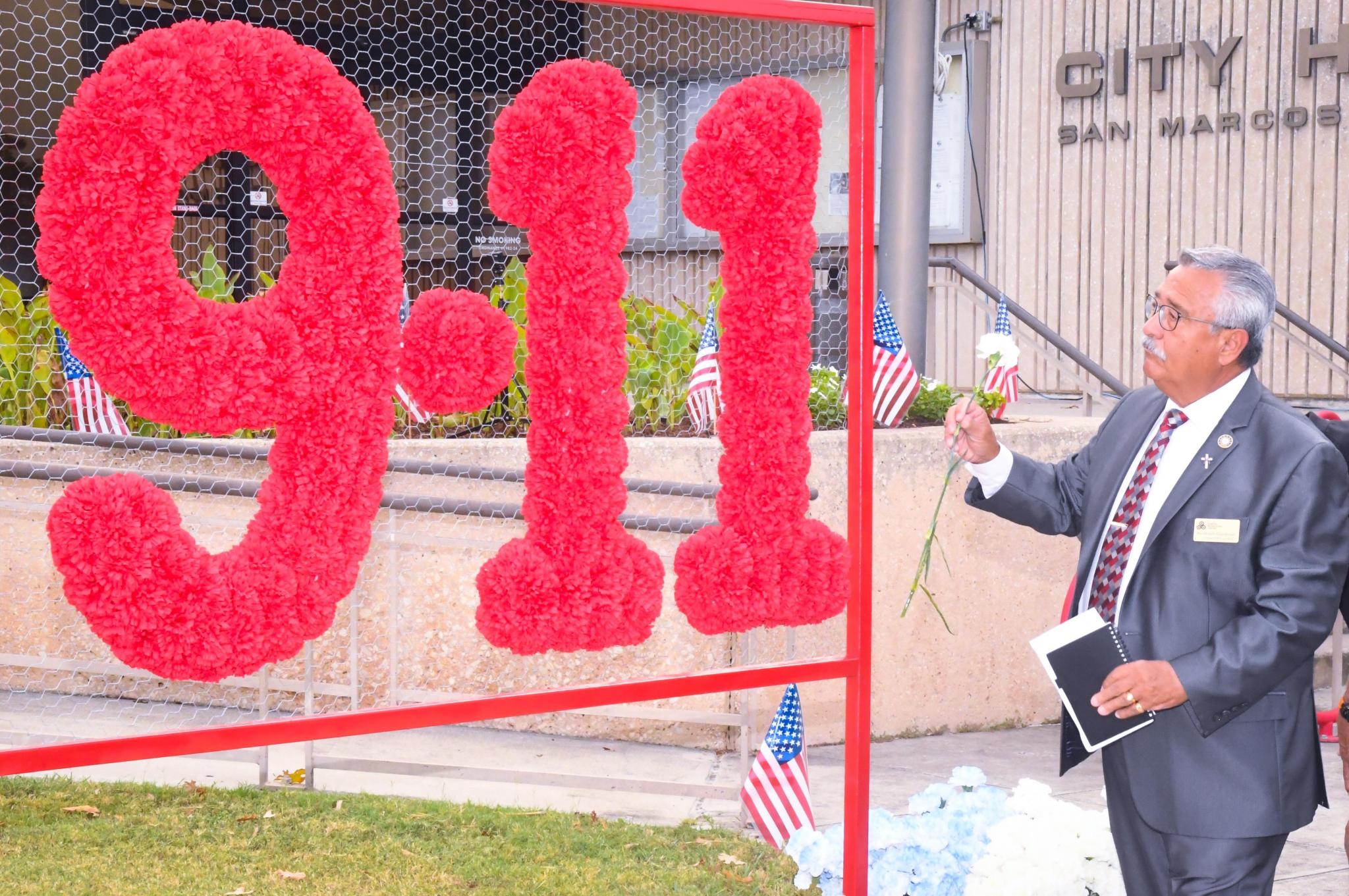 Hundreds gathered in front of City Hall for a solemn 9/11 remembrance ceremony.

Wednesday marked 18 years since the Sept. 11, 2001 terror attacks, where nearly 3,000 people were killed after terrorist-piloted commercial airplanes crashed into the World Trade Center, the Pentagon and a field near Shanksville, Pennsylvania.

“We have great fortune to live in a democracy that values truth, representation and freedom of expression. Today, we are here to honor those who perished as a result of the attacks against those democratic values,” interim assistant city manager Stephanie Reyes said. “I'm sure each of us still remembers exactly where we were and what we were doing that fateful morning. We're also here to express our gratitude for the sacrifices made by the men and women of our armed forces and first responder organizations, who find courage and heeded the call to serve in response to the significant tragedy, much in the same way our local first responders do every day.” 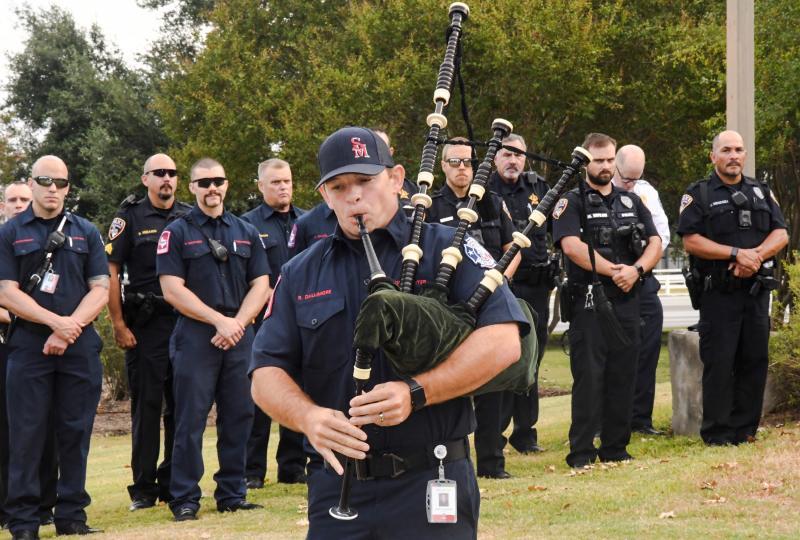 Robert Dallimore, of the San Marcos Fire Department, performs on the bagpipes during Wednesday's ceremony.

Members of the San Marcos Fire Department Honor Guard raised the same flag that flew over city hall on the day of 9/11. Tammy Strakos performed a rendition of the National Anthem, the fire department tolled the historic bell in front of City Hall in honor of first responders who died on 9/11 and Robert Dallimore, of the San Marcos Fire Department, performed on the bagpipes during the ceremony.

“In little towns and cities across the United States this morning, a lot of people are going about their normal, daily lives as if nothing happened,” San Marcos Fire Chief Les Stephens said. “And our community has made a conscious choice not to do that and to show up here every Sept. 11 to remember what happened on that day.” 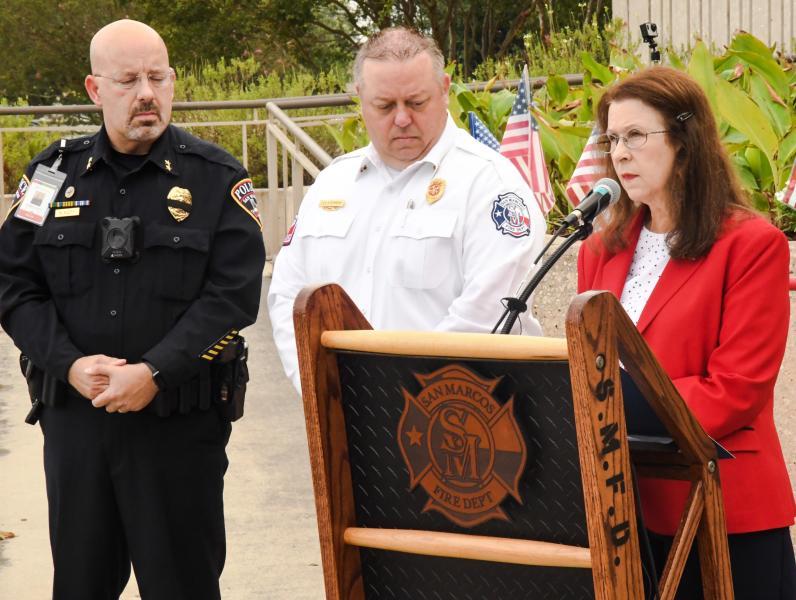 “Americans and people throughout the world have responded to the events of Sept. 11, 2001 with the commitment to protect our freedoms, the will to seek justice, and the resolve to fight terrorism wherever it exists in the world,” Hughson said while reading the proclamation. “And whereas, 18 years after the catastrophe, our nation commemorates the heroes and the innocent of this attack on our nation, rededicating ourselves to the principles of freedom and democracy that are the foundation of our nation. And whereas, the city of San Marcos is holding a brief remembrance on this day to honor the memories of the heroic civilians, Firefighters, EMS personnel and police officers who died on Sept. 11 2001.”

Stephens thanked the public for helping the city remember those who lost their lives on that fateful day.

“I wish we could go back to Sept. 12 — the day after 9/11 — and how our country had come together, and the support that we saw and the outpouring of love from people all across our country for the damage and the loss that had been inflicted,” Stephens said.

Armed forces veterans led the public in placing flowers on the 9/11 Flower Memorial at the end of the program.